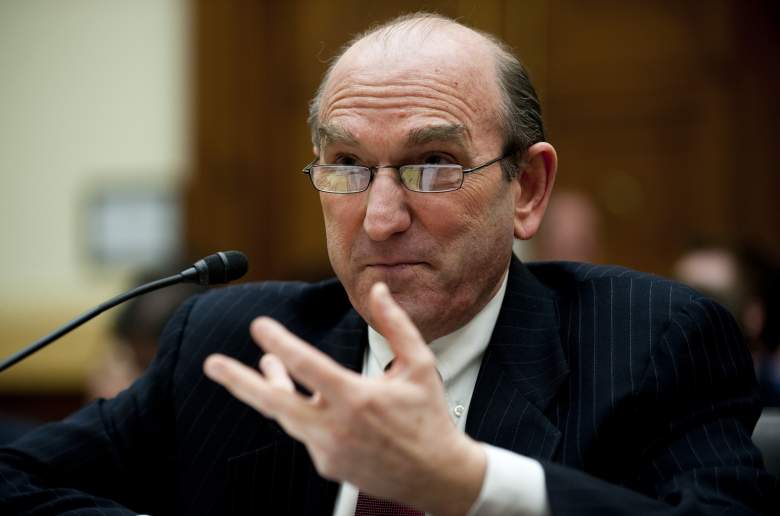 It’s been over two weeks since his inauguration, but President Donald Trump still has important roles to fill. One of those is the Deputy Secretary of State, who will work under Rex Tillerson. Since Tillerson had no experience representing the U.S. government before taking the job as the country’s top diplomat, Trump is reportedly considering career foreign policy insider Elliott Abrams to be Tillerson’s deputy.

“This was Donald Trump’s thin skin and nothing else,” a source told CNN.

If Abrams was indeed appointed, he would have had to be confirmed by the U.S. Senate.

The 69-year-old Abrams is a veteran of the Ronald Reagan and George W. Bush administrations, and played a role in the Iran-Contra scandal. He was convicted of withholding information from Congress, but later pardoned by President George H.W. Bush. Abrams’ current job is a senior fellow for Middle Eastern studies at the Council on Foreign Relations. He worked in the State Department under Reagan for both of the late president’s terms and was a Special Assistant to George W. Bush.

Abrams was married to the late Rachel Abrams, who died at age 62 in June 2013 after a three-year battle with stomach cancer. They had three children together.

Here’s a look at Abrams’ career.

1. Abrams Was Critical of Trump, Insisting in 1 Column That He ‘Cannot Win’ & ‘Should not Be President’ 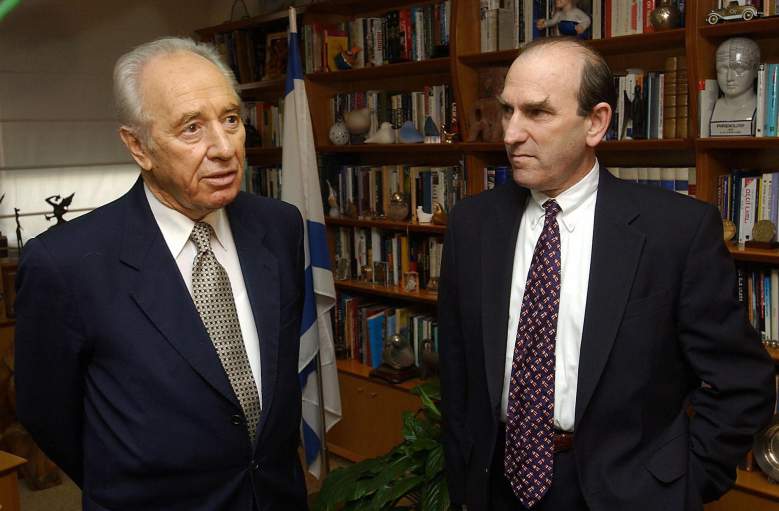 Politico first reported that Abrams was being considered for the role as Tillerson’s deputy. According to the site, the only thing holding up his appointment is Steve Bannon’s review of his past criticism of Trump “to determine whether he could be trusted.”

As CNN notes, Abrams never joined the “Never Trump” Republicans and never signed any of the letters criticizing him. However, Abrams was not pleased with Trump being the Republican nominee. In a May 2016 article for the Weekly Standard called “When You Cant Stand Your Candidate,” he wrote:

The party has nominated someone who cannot win and should not be president of the United States. We anticipate a landslide defeat, and then a struggle to take the party back from his team and his supporters and win the following presidential election.

He compared the Republicans to the Democrats of 1972, who nominated George McGovern. McGovern went on to lose to Richard Nixon in a landslide.

“The time to start organizing is now, and the time to make the best possible arguments to Republican voters is… over and over again, now, and after November, and in 2017, and right through to 2020,” Abrams wrote in May.

2. Elliott Abrams Pleaded Guilty to Withholding Information From Congress During the Iran-Contra Affair 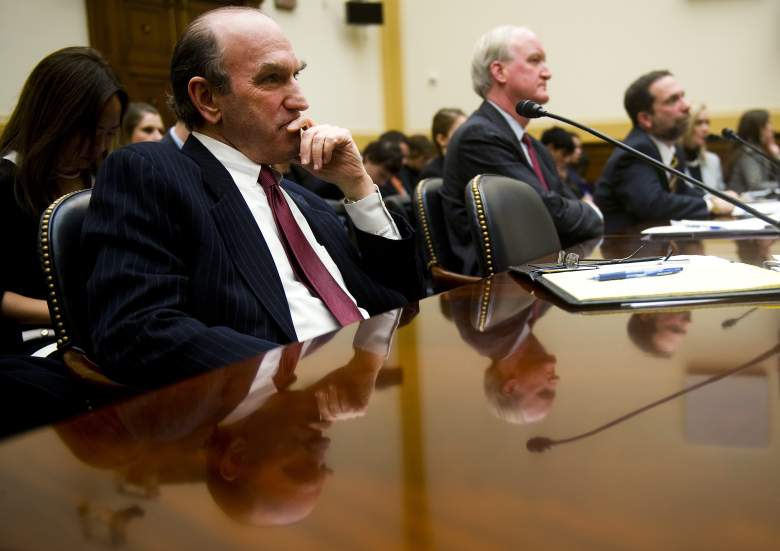 During the Iran-Contra Affair, investigator Lawrence Walsh was prepared to charge Abrams for multiple felony counts, but he was not indicted. Instead, Abrams agreed to plead guilty to two misdemeanor counts of withholding information from Congress.

As part of the plea deal, Abrams was sentenced to two years probation and 100 hours of community service. However, he was one of six people linked to the Iran-Contra affair pardoned by George H.W. Bush.

The information Abrams was convicted of withholding related to the support of the Nicaraguan Contra rebels, which was banned by Congress through the Boland Amendment. Although Congress later approved sending aid to the rebels, none of it was supposed to be used for weapons. The Independent Council investigation found that in 1986, Abrams flew to London to meet with the defense minister of Brunei to get $10 million to help the Nicaraguan rebels. (Thanks to a typing error, the Nicaraguans never got that $10 million, though.)

In December 1981, the El Salvador Army killed over 800 civilians in the Salvadoran Civil War in what is known as the El Mozote massacre. At the time, Reagan’s policy was to support the Salvadoran Army and Abrams said reports of hundreds of people dying were “not credible.” As Mother Jones notes, Abrams denied on Nightline that slaughters of civilians happened.

According to the New Yorker, Abrams, who was then the Assistant Secretary of State for Human Rights and Humanitarian Affairs, told a Senate committee that the case “is a very interesting one in a sense, because we found, for example, that the numbers, first of all, were not credible, because as [Secretary Thomas Enders] notes, our information was that there were only three hundred people in the canton.”

In 1993, The New York Times reported that declassified documents appeared to show that Reagan officials knew about the human rights violations by the Salvadoran military, but covered it up to get Congressional approval for aid to help the army stop Marxit guerrillas.

“Let them go have hearings,” Abrams told the Times in 1993. “This is an allegation that the entire top rank of the Foreign Service is filled with liars. It is a reprehensible McCarthyite charge.”

Bill Clinton Secretary of State Warren Christopher later opened an investigation, but Abrams defended the Reagan Administration’s actions. “The administration’s record in El Salvador is one of fabulous achievement,” Abrams told the Washington Post in 1993.

Like Trump, Abrams is committed to supporting Israel and did not like President Barack Obama’s policies at all. After the December UN resolution that denounced Israel’s settlements in the West Bank and Gaza Strip, and the Obama Administration’s decision to abstain in the vote, Abrams wrote in the Weekly Standard that Obama was not a strong supporter of Israel.

“Just weeks before leaving office, he could not resist the opportunity to take one more swipe at Israel—and to do real harm. So he will leave with his record on Israel in ruins, and he will leave Democrats even worse off,” Abrams wrote.

“Kerry presented himself as a devoted friend of Israel, but what came through far more powerfully was his complete failure to understand how progress could be made. He and Obama tried from the start to reach an impossible comprehensive deal (just as Bill Clinton and George W. Bush had done) rather than focus on the incremental progress that really might have been achieved,” Abrams wrote.

5. Abrams Advised Marco Rubio Early on in the 2016 Presidential Campaign

Elliott Abrams on the Death of Fidel Castro and the Future of CubaIn this brief and timely conversation, Elliott Abrams and Bill Kristol reflect on the dictatorship of Fidel Castro, its record of brutality and repression, and the romanticization of the Castro regime by certain figures of the Left. Abrams then considers how the Trump administration might take advantage of this opportunity to change American policy toward…2016-12-01T20:20:41.000Z

Politico noted back in March 2016 that Abrams, a neoconservative, had advised Florida Senator Marco Rubio during his ill-fated presidential run. Abrams told Politico at the time that if Trump became the nominee, he wouldn’t vote in November.

“1972 was the first time I was old enough to vote for president, and I did not vote. Couldn’t vote for McGovern for foreign policy reasons, nor for Nixon because of Watergate,” Abrams said. “I may be in the same boat in 2016, unable to vote for Trump or Clinton.”

Abrams said he would “never vote for Clinton under and circumstances,” adding, “I would ask Bob [Kagan] what job he thinks Sidney Blumenthal will have at the NSC before pulling the lever for Clinton.”