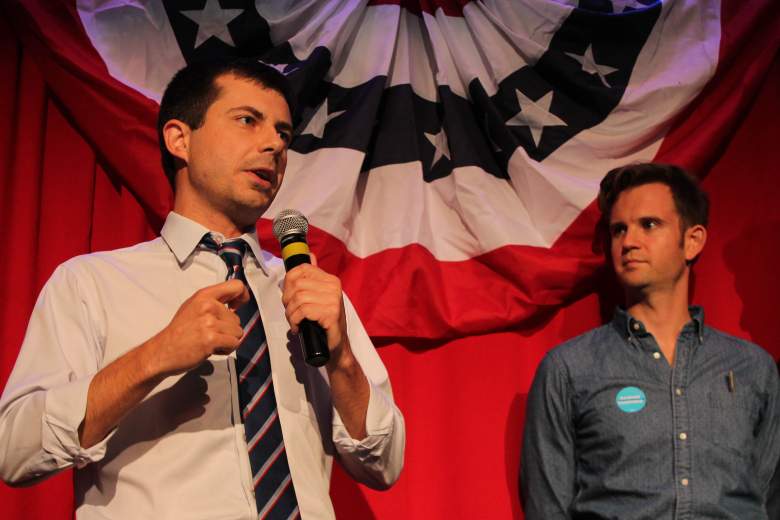 South Bend, Indiana Mayor Peter ‘Pete’ Buttigieg is one of the candidates for the Democratic National Committee Chair. Buttigieg, the highest elected official in the state to come out as gay, took part in the February 22 debate with the other candidates, including Keith Ellison, Tom Perez, Sally Boynton Brown and Ray Buckley.

Buttigieg was first elected mayor of South Bend in 2011 and began his term on January 1, 2012. Former DNC Chairman and Vermont Governor Howard Dean has endorsed Buttigieg and will formally nominate him for the role before the debate.

Here’s a look at Buttigieg’s life and career.

1. He Came Out as the First Gay Elected Executive in Indiana

In June 2015, Buttigieg wrote an essay for the South Bend Tribune, announcing that he is gay. He is the first gay elected executive in the state. His announcement came just before the Supreme Court’s Obergefell v. Hedges decision that made same-sex marriage legal in all 50 states.

Buttigieg wrote that he was well into adulthood before he acknowledged that he is gay. “It took years of struggle and growth for me to recognize that it’s just a fact of life, like having brown hair, and part of who I am,” the 35-year-old wrote.

He stressed that being gay has not had an impact on his job performance.

“Being gay has had no bearing on my job performance in business, in the military, or in my current role as mayor,” he wrote. “It makes me no better or worse at handling a spreadsheet, a rifle, a committee meeting, or a hiring decision. It doesn’t change how residents can best judge my effectiveness in serving our city: by the progress of our neighborhoods, our economy, and our city services.”

Buttigieg is Rhodes Scholar who was born in South Bend. Prior to winning election in 2011, he was an intern for Jill Long Thompson’s 2002 congressional campaign and worked on her 2008 gubernatorial campaign. He also worked on John Kerry’s 2004 presidential campaign. As he notes on his Twitter page, the correct way to pronounce his last name is “BOOT-edge-edge.”

He is not married, but his partner is teacher Shasten Glezman. 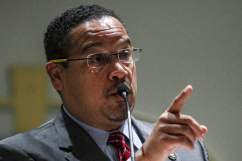 2. Buttigieg Is a Member of the U.S. Navy Reserve & Spent Half of 2014 in Afghanistan

In 2009, Buttigieg joined the U.S. Navy Reserve. Surprisingly, in 2013, he was called to spend half of 2014 in Afghanistan, even though he was already South Bend’s mayor. City Controller Mark Neal took over as deputy mayor while Buttigieg was away.

According to the South Bend Tribune, Buttigieg served as an intelligence officer. It was his second visit to the country.

“This is something I’ve trained to do and something I knew was a possibility when I signed up for the reserve in the first place. I’m looking forward to serving. I will miss South Bend and I’ll miss this job. I love this job and I love this city,” Buttigieg told the Tribune.

In October 2016, the mayor became part of the Individual Ready Reserve, which means he would be less likely to be called for active duty.

Buttigieg rose to the rank of lieutenant and received the Joint Service Commendation Medal. 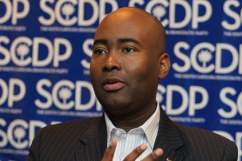 If Democrats are hoping for a leader who isn’t afraid to criticize President Donald Trump at any moment, Buttigieg will be their guy. As The Hill reported, during a DNC forum in Baltimore earlier this month, Buttigieg didn’t mince words.

“I’ll be damned if we’re going to have a draft-dodging chickenhawk president of the United States — who thinks he’s too smart to read his own intelligence briefings — ordering the people I served with back into another conflict because he can’t be bothered to do his job properly,” Buttigieg said.

He was referring to a New York Times report from August 2016, in which the Times reported that Trump received five drat deferments during the Vietnam War.

In an interview with Yahoo News’ Katie Couric, Buttigieg said he agreed with actress Meryl Streep’s comments about Trump at the Golden Globe Awards. “I think she’s right, and I appreciate what she had to say because she was using a moral rather than just a political vocabulary,” Buttigieg said. 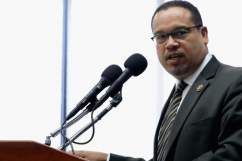 4. He Was the Only DNC Chair Candidate to Attend a Women’s March the Day After Trump’s Inauguration

Buttigieg took part in South Bend’s Women’s March on the day after Trump’s inauguration in January.

As the Washington Free Beacon notes, Buttigieg was the only major DNC Chair candidate to take part in any Women’s March. The other candidates – Keith Ellison, Tom Perez, Jaime Harrison and Ray Buckley – all attended Democratic operative David Brock’s donor retreat in Aventura, Florida instead.

Jehmu Greene, Sally Boynton Brown, Perex, Harrison and Buckley did voice their support for the marches on social media.

His decision to attend a Woman’s March earned him praise in the liberal community. For example, Daily Kos called him “the real deal.” Even before then, the New York Times’ Frank Buni wondered if he would be the “first gay president.” Back in 2014, the Washington Post called him the “most interesting mayor you’ve never heard of.”

“We’ve never been a party to obstruct for obstruction sake, but I think we have to be fierce in how we respond to this stuff,” he told the Huffington Post of Trump’s policies and nominees. 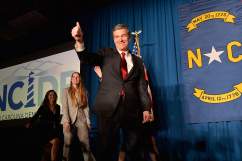 5. Obama Named Buttigieg as a Rising Star Within the Democratic Party

In a post-election interview with the New Yorker, President Barack Obama said that there are still strong Democratic politicians with bright futures. He listed Senators Kamala Harris, Tim Kaine and Michael Bennet. The fourth politician he mentioned was Buttigieg.

“After a year of historic division within the Democratic Party, I believe we need a fresh face at the helm of the DNC. We need someone who understands the needs and values of middle class Americans and what that means in different parts of the country. Someone who will be an innovative thinker not wedded to solutions proffered only inside the Beltway,” former DNC chair Ed Rendell told The Hill. “I believe that person is Mayor Pete Buttigieg.”

Will Hillary Clinton Run for President Again in 2020?

Loading more stories
wpDiscuz
0
0
Would love your thoughts, please comment.x
()
x
| Reply
Pete Buttigieg is the mayor of South Bend, Indiana and has earned Howard Dean's endorsement for the Democratic National Committee chair. Here's a look at his life and career.