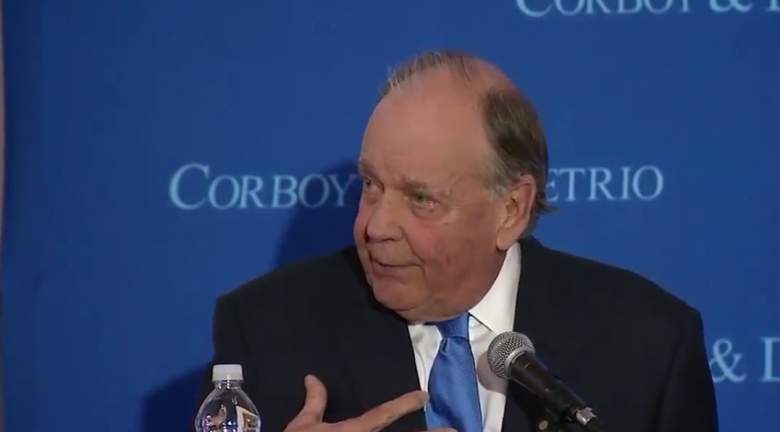 David Dao suffered a “significant” concussion, a “serious” broken nose and the loss of his two front teeth after a security forcibly removed him through the aisle on a United Airlines flight April 9.

One of Dao’s attorneys, Tom Demetrio, provided an update at a press conference April 13. He did so alongside one of Dao’s five children, Crystal.

Demetrio said that Dao was discharged from a Chicago hospital April 12 and suffered the loss of consciousness as a result of disembarking the plane. He added that his broken nose caused serious damage to his sinuses and he will have to undergo reconstructive surgery in order to repair it.

To watch the full press conference, hit play on the video below:

United Airlines Passenger David Dao's Attorney Holds Press Conference | TIMEThe attorney representing David Dao, the United Airlines passenger forcibly removed from an overbooked flight earlier this week, holds a press conference. Subscribe to TIME ►► po.st/SubscribeTIME Get closer to the world of entertainment and celebrity news as TIME gives you access and insight on the people who make what you watch, read and share.…2017-04-13T16:13:29.000Z

Demetrio said that Dao was “treated like cattle and bullied” when the security officers forcibly removed him from the flight. Videos which surfaced online show Dao screaming as his body goes limp and he’s dragged through the aisle past other passengers. He later got back onto the plane and ran to the back, appearing disoriented with blood streaming down from his face.

At the press conference, Crystal said that her family appreciates the gratitude that’s been sent to them since the incident occurred.

At the press conference, Demetrio said that the law is simple and should never be abused.

“If you’re going to eject a passenger, under no circumstances can it be done with unreasonable force or violence, that’s the law,” he said. “It it is under a set of circumstances, United Airlines is responsible.”

Shortly after the press conference, United issued a new statement expressing their concern for Dao and how the incident played out. The company promised to take “immediate action.”

We continue to express our sincerest apology to Dr. Dao. We cannot stress enough that we remain steadfast in our commitment to make this right.
This horrible situation has provided a harsh learning experience from which we will take immediate, concrete action. We have committed to our customers and our employees that we are going to fix what’s broken so this never happens again. First, we are committing that United will not ask law enforcement officers to remove passengers from our flights unless it is a matter of safety and security. Second, we’ve started a thorough review of policies that govern crew movement, incentivizing volunteers in these situations, how we handle oversold situations and an examination of how we partner with airport authorities and local law enforcement. Third, we will fully review and improve our training programs to ensure our employees are prepared and empowered to put our customers first. Our values – not just systems – will guide everything we do. We’ll communicate the results of our review and the actions we will take by April 30. United CEO Oscar Munoz and the company called Dr. Dao on numerous occasions to express our heartfelt and deepest apologies.

Demetrio said that he and Dao intend on filing a full lawsuit, however that will not be done until all the details and evidence are obtained.