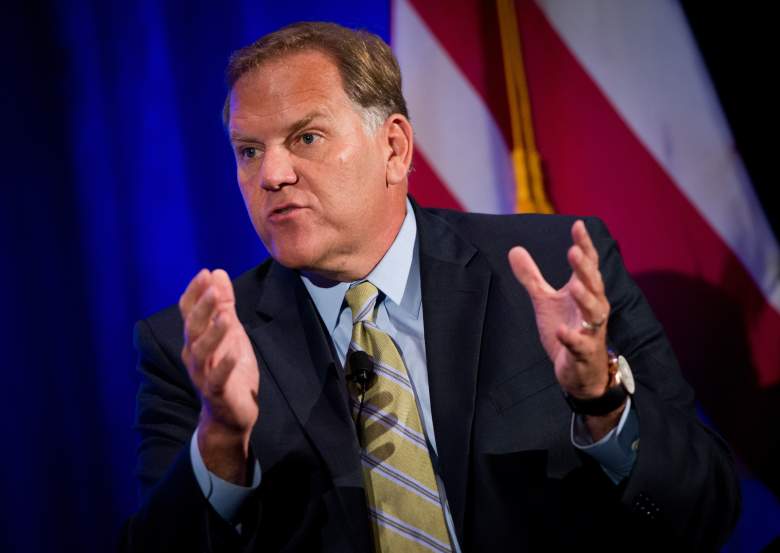 Former Michigan Congressman Mike Rogers is reportedly being considered to be the next director of the FBI.

Rogers’ name was floated from the night that FBI Director James Comey was fired, but on Thursday, Bloomberg reported that Donald Trump is seriously considering Rogers for the position. Rogers was previously rumored as a potential pick for CIA director.

James Comey, the previous FBI director, tried his best to be nonpolitical. But one downside to Mike Rogers is that he is very much a political figure, albeit one who is widely respected. Here’s what you need to know about the politics of Mike Rogers.

1. He is a Former Republican Congressman 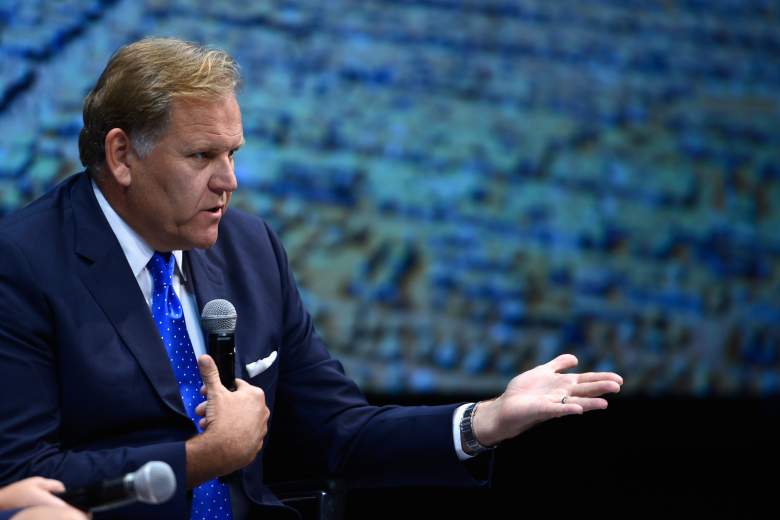 Rogers first served in the Michigan State Senate, being elected in 1994 and running as a member of the Republican party. In 2000, he was elected to serve in the U.S. House of Representatives, representing Michigan’s 8th district.

In 2014, Rogers announced he would not be seeking another term in Congress. It had been speculated that Rogers would run for Senate, but instead, he decided to pursue a career in talk radio and television broadcasting.

“As I close this chapter please know that I am not finished with the effort to bring back American ‘exceptionalism,’” Rogers said at the time of his retirement, according to Politico. “Not in the sense of a great notion, but in the sense of impacting the hopes and dreams of a great nation and her people. You may have lost my vote in Congress but not my voice. I look forward to building on our successes and confronting America’s challenges together.”

These days, Rogers is a CNN political commentator.

However, on November 15th, Rogers resigned from the team.

“It was a privilege to prepare and advise the policy, personnel and agency action teams on all aspects of the national security portfolio during the initial pre-election planning phase,” Rogers said in a statement at the time. “Our work will provide a strong foundation for the new transition team leadership as they move into the post-election phase, which naturally is incorporating the campaign team in New York who drove President-elect Trump to an incredible victory last Tuesday.”

At the time, Politico reported that Rogers was ousted because he was an ally of Chris Christie; Christie himself had been recently demoted.

3. He & His Committee Cleared Hillary Clinton of Wrongdoing in the Benghazi Attack 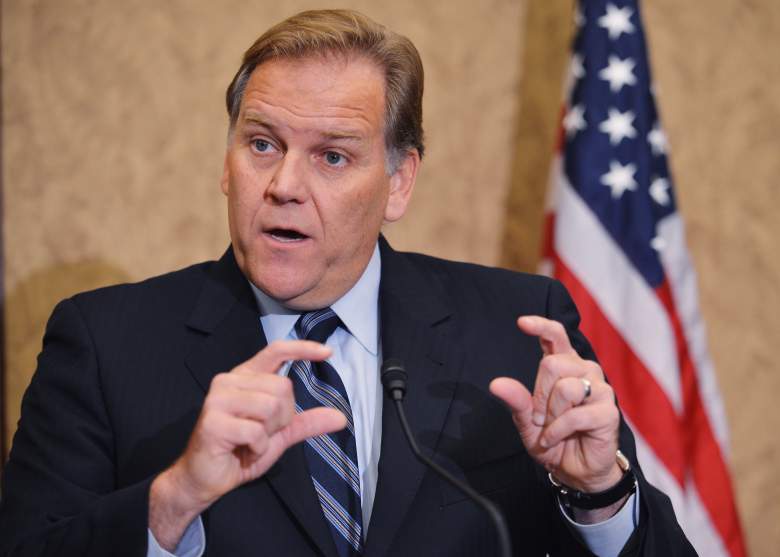 Mike Rogers speaks during a press conference on October 8, 2012 in the House Visitors Center of the US Capitol in Washington, DC. (Getty)

After all, Rogers was chair of the House Intelligence Committee during the Benghazi investigation, and the committee released a report clearing Hillary Clinton of wrongdoing.

“Here’s a candidate [Trump] who ran in part on the Benghazi issue,” Fox News host Bret Baier said when Mike Rogers joined the Donald Trump transition team. “You’ve got the 13 Hours guys that endorsed Donald Trump. And you’ve got a guy running your national security transition that comes under fire from conservatives over Benghazi.”

Rogers has defended the Benghazi report, saying that people who criticize it just don’t like the findings for political reasons.

4. He Has Criticized Donald Trump for Peddling Conspiracy Theories

In the past, Mike Rogers has criticized President Donald Trump for his tendency to promote unfounded conspiracy theories.

“I don’t understand why they did this,” Rogers told CNN. “He just put another quarter in the conspiracy parking meter. They’ve extended this story for a week, two weeks…it makes no sense to me whatsoever.”

Rogers went on to say that if Trump really did believe that the Justice Department inappropriately wiretapped him, then Trump should have investigated this internally rather than turning it into a public media battle.

5. He Has Spoken About the Threat of Russia & Has Said That Trump’s Rhetoric Helps Vladimir Putin 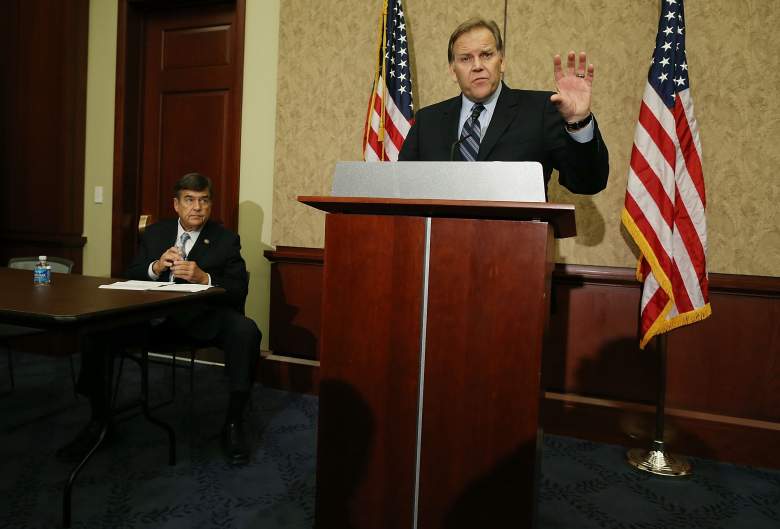 Mike Rogers speaks during a news conference on October 8, 2012 in Washington, DC. (Getty)

Mike Rogers has spoken extensively about the threat that Russia poses.

“The Russians are certainly on the march,” Rogers said in an October 2016 speech to the Heritage Foundation. “Russia’s change in the way they have used their cyber policy will give you a bead of sweat. They have fundamentally changed where they are coming at us. We are going to miscalculate somewhere.”

“When you start to see Russian policy change by being more aggressive in cyber in ways that we have never seen before, especially when it comes to destructive attacks overseas and doing activities in the United States where it’s clear that they don’t mind that their signatures are being found, that tells you we had better pay attention,” Rogers said. W”e have a strategic problem now in cyberspace.”

“The only winner in this whole thing has been Vladimir Putin,” Rogers told CNN earlier this year. “I mean, Democrats are saying that he stole an election, and the president of the United States is saying, ‘Don’t worry about it, he’s a pretty good guy.’ If I were Vladimir Putin, I’d be feeling pretty good right about now.”

Loading more stories
wpDiscuz
0
0
Would love your thoughts, please comment.x
()
x
| Reply
Former Michigan Congressman Mike Rogers is reportedly being considered to be FBI director. What are his political views? Is he a Democrat or a Republican?