President Donald Trump’s dramatic firing of FBI Director James Comey had some people wondering how many other FBI directors had been fired.

The answer: Only Sessions, who was given the heave-ho by Clinton in 1993. According to the Congressional Research Service, “There are no statutory conditions on the President’s authority to remove the FBI Director. Since 1972, one Director has been removed by the President.”

That was before Trump’s decision to oust Comey in the midst of questions about Russian interference in the 2016 presidential election and continuing fallout over Comey’s handling of Hillary Clinton’s emails.

1. Sessions Was a Republican Serving in a Democratic Administration & Initially Refused to Go 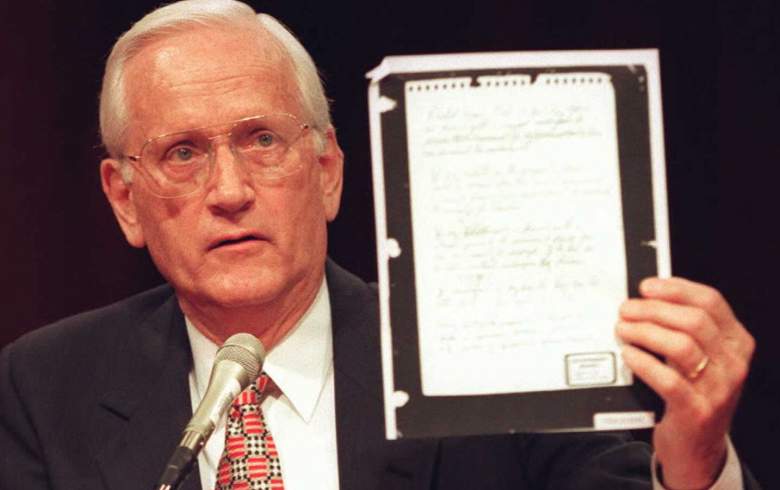 In modern times, FBI directors serve 10-year terms, and only Clinton – and now Donald Trump – have chosen to fire one. Here’s what’s sort of interesting in juxtaposition: Clinton was perceived as firing Sessions in part because he was a Republican holdover who dated to the Reagan administration, whereas Comey has identified as a Republican himself in the past and was now serving a Republican president, Trump.

According to The Daily Kos, a liberal site, “When Bill Clinton took office in January, 1993, his FBI Director was William S. Sessions, serving an appointment made by Ronald Reagan at the time of the Iran-Contra affair. Making it clear that the new President did not want the Republican FBI Director in his Administration, Clinton’s newly appointed Attorney General, Janet Reno, quietly pressured Mr. Sessions to resign.”

It wasn’t only a matter of politics though. The New York Times reported at the time that Sessions “had stubbornly rejected an Administration ultimatum to resign six months after a harsh internal ethics report on his conduct.”

2. Sessions Was Beset With Ethical Problems at the End of His Tenure

The New York Times reported in 1993 that there were many problems at the end of Sessions’ service as FBI Director.

“Mr. Sessions arrived as a respected judge from San Antonio, but after five and a half years in office, he leaves with his star fallen, his agency adrift and his support at the F.B.I. all but drained away. He served under four Attorneys General, and each complained privately about his absentee management style, his frequent traveling — often to unimportant events — and his inability to take command,” the newspaper reported in 1993.

At the same time, the Washington Post provided details in a story on his firing. A report found that Sessions had “abused his office by setting up official appointments to justify charging the government for personal travel, improperly billed the FBI nearly $10,000 for a fence around his home, and refused to turn over documents on his $375,000 home mortgage, which investigators said they suspected involved a ‘sweetheart deal,” according to The Post.

Some of the allegations involved Sessions’ wife, Alice.

The Post reported that “FBI aircraft were diverted to pick up Alice Sessions in other cities and FBI vehicles were employed to take her to get her nails done, shop and pick up firewood.”

A 1993 Post profile on Sessions and his wife, Alice, described the longevity of their then 41-year marriage. They had first met in high school.

A history of FBI directors says “the FBI Director has answered directly to the attorney general since the 1920s.‬” ‪

Under the Omnibus Crime Control Act and Safe Streets Act of 1968, Public Law 90-3351, “the Director is appointed by the U.S. President and confirmed by the Senate. On October 15, 1976, in reaction to the extraordinary 48-year term of J. Edgar Hoover, Congress passed Public Law 94-503, limiting the FBI Director to a single term of no longer than 10 years,” the FBI says.

3. Sessions Was a Former Judge & U.S. Attorney Who Served in the U.S. Air Force

Before he was FBI director, Sessions was a judge, a lawyer in private practice, and a member of the U.S. Air Force. At Sessions’ swearing in, Ronald Reagan said that “perhaps the most eloquent testimony was offered to a newspaper reporter by the judge’s eldest son. He said simply: ‘My father has drilled honesty into me from day one.'” You can read Reagan’s full remarks here.

Sessions had also “managed John Tower’s successful Senate campaign,” according to the Post. The newspaper also described how Sessions had become a judge after replacing a judge who was killed during a drug trial.

According to his FBI biography, William Steele Sessions was born May 27, 1930 in Fort Smith, Arkansas. “He graduated from Northeast High School in Kansas City, Missouri in 1948, and in 1951 he enlisted in the United States Air Force, receiving his wings and commission in October 1952. Thereafter, he served on active duty until October 1955.

“Judge Sessions was a private practitioner of law in Waco, Texas from 1958 until 1969, when he left his firm, Haley, Fulbright, Winniford, Sessions, and Bice, to join the Department of Justice in Washington, D.C., as chief of the Government Operations Section, Criminal Division,” the FBI bio of him says.

4. Sessions Diversified the Bureau & Sessions’ Son, Pete, Is a Congressman

William Sessions and his wife, Alice, had several children, and one son, Pete Sessions, is a Congressman. Pete Sessions serves the 32nd Congressional District of Texas as a Republican.

Williams Sessions’ career as FBI director was not only problematic. There were highlights too.

His current law firm says that William Sessions “served three presidents as the Director of the Federal Bureau of Investigations, earning a reputation for helping to modernize the agency’s forensic procedures and for increasing diversity to include more women and minorities. He was also associated with innovative approaches to discouraging young people from using drugs.”

A Washington Post story at the time that Bill Clinton fired Sessions acknowledged his role in diversifying the bureau.

“An affable former federal judge from Texas appointed by President Ronald Reagan in 1987, Sessions had long been popular with many members of Congress for what they viewed as his efforts to modernize the bureau, improve cooperation with other law enforcement agencies, and curb abuses that dated” to the tenure of J. Edgar Hoover, reported the Post.

“Civil rights groups praised Sessions’s efforts to bring more minorities and women into the bureau,” The Post reported, adding that Clinton said that achievement “will be remembered as the best thing about his tenure.”

5. Only Sessions & Comey Have Been Fired by Presidents & Trump Said the Bureau Needed New Leadership 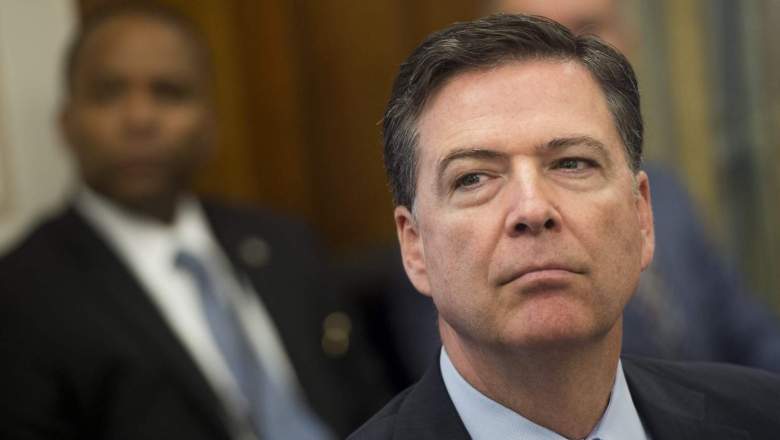 “The current process dates from 1968, when the FBI Director was first established as a presidentially appointed position requiring Senate confirmation,” the service reports. “Since 1972, seven nominations for FBI Director have been confirmed, and two other nominations have been withdrawn.”

There are even fewer U.S. FBI directors overall if you exclude acting directors. The modern procedures for firing and appointing FBI directors date to Hoover’s leaving.

After Hoover, Robert Mueller, served the longest. He held office for 12 years, even receiving an extension of his term through legislation.

Comey has said previously he was a Republican. He served in the Bush administration, and then he served in Obama’s. He angered some Democrats with his pre-election last-minute announcement to Congress that the FBI was reopening the investigation into Hillary Clinton’s emails (an investigation that went nowhere). Then, he angered some Republicans by telling Congress the FBI was investigating potential Trump campaign collusion with Russian interference into the 2016 presidential election (an investigation that, so far, has produced no charges.)

Trump fired Comey at the recommendation of both Attorney General Jeff Sessions and from Deputy Attorney General Rod J. Rosenstein and wrote Comey that he believed the FBI director was “not able to effectively lead the Bureau.” Rosenstein said in a letter that Comey should be fired because of the way he handled the Hillary Clinton email case. Sessions’ letter says that he agrees with what Rosenstein said and that “a fresh start is needed at the leadership of the FBI.”

As with Trump, Bill Clinton had said he was firing Sessions at the recommendation of his Attorney General, Reno.

Here is a list of all FBI directors, courtesy of the FBI history: 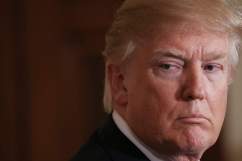 Loading more stories
wpDiscuz
2
0
Would love your thoughts, please comment.x
()
x
| Reply
Other than James Comey, William Sessions, chosen by Ronald Reagan, is the only other FBI director who has been fired - by President Bill Clinton.