A Democratic congressman has proposed forming a committee of psychologists to determine if President Donald Trump is mentally fit to serve as president.

Rep. Jamie Raskin of Maryland is the one who authored the bill, and so far it’s gained the support of 25 Democrats in the House as co-sponsors. Predicibly, it’s failed to garner any support from Republicans. It utilizes the rarely-spoken about 25th Amendment of the U.S. Constitution.

One of the bill’s co-sponsors, Rep. Sheila Jackson Lee of Texas, said that the Contitution allows for Congress to remove an “incompetent” president from office.

“The 25th Amendment is utilized when a president is perceived to be incompetent or unable to do his or her job,” she said on Fox Business.

Raskin first authored the bill in May, and said in a press release that it’s time to do it.

“The 25th Amendment was adopted 50 years ago, but Congress has never set up the body it calls for to determine presidential fitness in the event of physical or psychological incapacity. Now is the time to do it,” he said in the release.

With the recent tweet storm by Trump criticizing two MSNBC anchors, the bill has gained even more support.

Here’s what you need to know about Raskin:

1. The 25th Amendment Allows for Congress to Decide If a President Is Unfit to Serve

Honored to be w/ Dan Diaz, husband of the late Brittany Maynard. Dan is a strong advocate of death w/ dignity legislation. pic.twitter.com/ofudICKsue

If the bill were to pass, it would create a congressional oversight commission that could declare Trump “incapacitated,” which would lead to his removal from office under the 25th Amendment of the Constitution.

The amendment has long been spoken about by Democrats since Trump took office January 20, and now the bill has been gaining steam.

It’s Section 4 of the amendment that has gained the most attention from Trump critics. The amendment was passed through Congress on July 6, 1965 and was ratified February 10, 1967. It was created to account for the issues that arose after President John F. Kennedy was assassinated.

Some argue the use of Section 4 of the amendment to apply to Trump. Conservative columnist Ross Douthat wrote a column in the New York Times in May that talked about using the amendment to remove Trump.

Read the things that these people, members of his inner circle, his personally selected appointees, say daily through anonymous quotations to the press. (And I assure you they say worse off the record.) They have no respect for him, indeed they seem to palpate with contempt for him, and to regard their mission as equivalent to being stewards for a syphilitic emperor.

In order for the usage of the 25th Amendment to be used, however, Vice President Mike Pence would have to agree to it.

2. Raskin was Elected to Serve in November 2016

Great to see my intern, Noah, and friends at #CBG2017. pic.twitter.com/C1uMRIbfL7

Raskin was elected to serve Marlyand’s 8th Congressional District in the House in the November 8, 2016 general election. Prior to the race, it was expected to be “safely Democratic,” and the results followed that prediction.

The congressional race was to replace former Democratic Rep. Chris Van Hollen, who opted not to run for re-election.

Raskin ran against Republican Dan Cox, Green Party candidate Nancy Wallace and Libertarian Jasen Wunder and won by a landslide. He grabbed 60.6 percent of the vote to Cox’s 34.2 percent. Wallace finished with 3.1 percent while Wunder got 2 percent support. 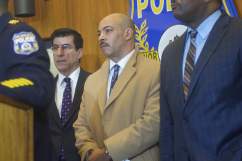 A free press is not the enemy of the people. It is the people's best friend and the tyrant's worst enemy. pic.twitter.com/u2TZL76aiK

Before serving in the House, Raskin was a member of Maryland’s State Senate, representing Maryland’s 20th District. He was first elected to the seat in 2006 when he ran unopposed and won a re-election bid in 2010, also running unopposed. In 2013, he was slated to run against independent candidate Vardly E. St. Preux, however he failed to fill the requirements to appear on the ballot.

In Maryland’s State Senate, Raskin was on the Judicial Proceedings Committee, the Joint Committee on Federal Relations and many more. Some of the legislation that he helped pass include the first National Popular Vote law in America, the first Benefit Corporation Law in America, marriage equality and more. He also played a role in lowering Maryland’s voter registration age to 16, which gave 17-year olds the chance to vote in primary elections.

Raskin served as the Senate majority whip from 2012 until he opted to run for the vacant House seat in 2016. 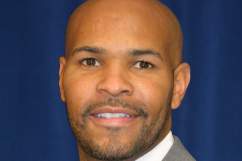 In addition to serving in the State Senate, Raskin was a professor at American University’s Washington School of Law.

At the school, he taught Constitutional Law, the First Amendment and the Legislative Process. He worked alongside another professor at the school to create the Marshall-Brennan Constitutional Literacy Project. That project has spread across the country and is available at over 20 law schools. The basis of it is to send law students to public high schools to teach students a course that teaches the Constitution and the Bill of Rights.

5. He’s an Author & Is Married to the Former Fed Board Governor

In addition to Raskin’s work in political office and at American University’s law school, he’s a best-selling author.

His work includes law books titled Overruling Democracy: the Supreme Court versus the American People and We the Students and Supreme Court Cases for and About Students.

He’s married to Sarah Bloom-Raskin, who was Maryland’s Commissioners of Financial Regulation from 2007-2010. She was nominated by President Barack Obama to serve on the Federal Reserve Board in 2010 and was sworn in as its governor on October 4, 2010. From March 19, 2014-January 20, 2017, she served as the U.S. Deputy Secretary of the Treasury.

Loading more stories
wpDiscuz
27
0
Would love your thoughts, please comment.x
()
x
| Reply
Rep. Jamie Raskin of Maryland has proposed a bill that seeks to remove Donald Trump from office if he is deemed mentally incapacitated.