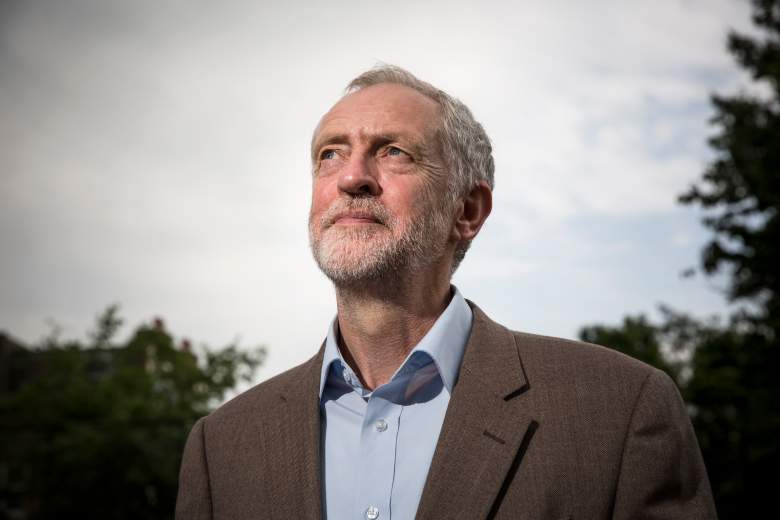 The United Kingdom will be voting in a snap election on Thursday, and it’s possible that Jeremy Corbyn will become the country’s next prime minister.

After all, the Conservative party, which is lead by Theresa May, was originally expected to win in a landslide on June 8th, but polls have been tightening in recent days. The Conservative party in this election is defending their majority of 12 seats over the Labour Party, the United Kingdom’s center-left political party.

Given that there is now much more of a chance of a Jeremy Corbyn victory than was originally expected, what exactly are his political positions? How would he govern the United Kingdom if he won? Here’s what you need to know.

1. He Is the Former Chair of the Stop the War Coalition & Generally Opposes Military Intervention 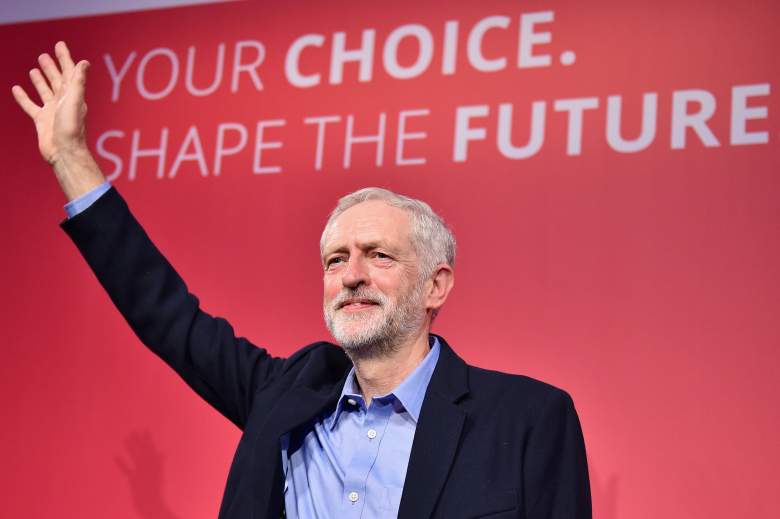 Jeremy Corbyn is announced as the new leader of the Labour Party at the Queen Elizabeth II conference centre on September 12, 2015 in London, England. (Getty)

Jeremy Corbyn is almost always opposed to military intervention. From 2011 until 2015, he served as the chair of the Stop the War Coalition, a group founded after 9/11 in order to advocate for the end of what it feels are unjust wars.

This included the Iraq war, but the group also advocates against British involvement in the Syrian civil war.

Corbyn told Sky News in 2015, “I’m very much opposed to violence and opposed to wars, and that’s been the whole purpose of my life.”

Corbyn believes that there are very few scenarios in which the U.K. should deploy military forces. When asked in an interview if there are any circumstances under which he would support this, he said, “I’m sure there are some but I can’t think of them at the moment,” according to BBC.

“Unilateral military action without legal authorisation or independent verification risks intensifying a multi-sided conflict that has already killed hundreds of thousands of people,” Corbyn said, according to The Independent. “What is needed instead is to urgently reconvene the Geneva peace talks and unrelenting international pressure for a negotiated settlement of the conflict.

2. He Was in Favor of Remaining in the European Union 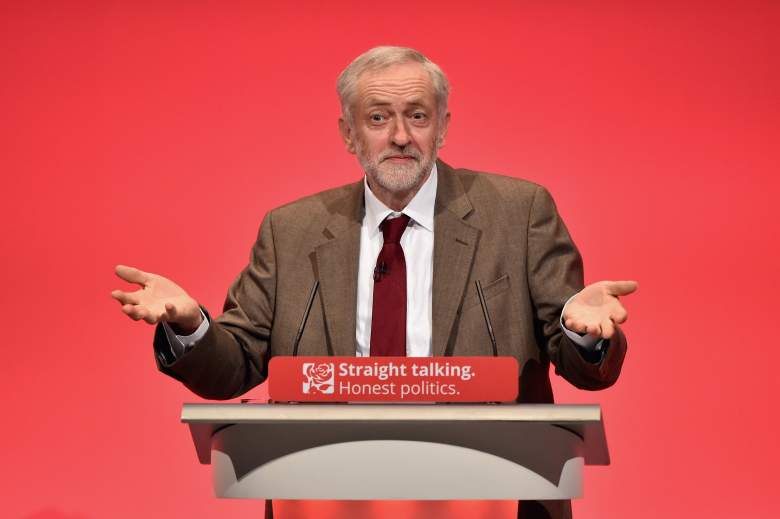 Jeremy Corbyn delivers his first speech as leader of the Labour party on September 29, 2015 in Brighton, England. (Getty)

In a speech last year, Corbyn said that there was an “overwhelming case” for staying in the European Union.

“We, the Labour Party, are overwhelmingly for staying in, because we believe the European Union has brought investment, jobs and protection for workers, consumers and the environment,” Corbyn said, according to BBC.

Corbyn went on to say that the European Union “offers a crucial route to meeting the challenges we face in the 21st century, on climate change, on restraining the power of global corporations and ensuring they pay fair taxes, on tackling cyber-crime and terrorism, on ensuring trade is fair with protections for workers and consumers and in addressing refugee movements.”

Of course, the United Kingdom ended up voting in favor of leaving the European Union. During a recent interview with the BBC, Corbyn was asked six times if Brexit will definitely happen if he becomes prime minister, but he dodged the question each time, according to The Independent.

3. He Has Said NATO is a Danger to World Peace 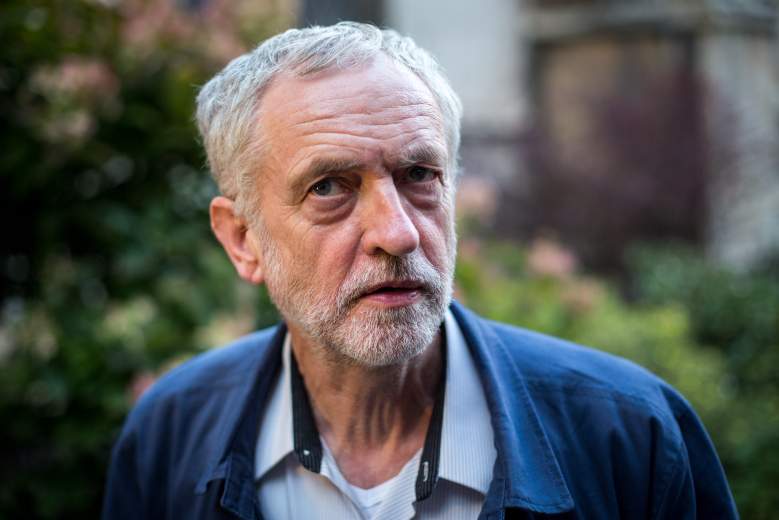 Jeremy Corbyn has been critical of NATO over the years, expressing support for pulling the United Kingdom out of the organization.

In January 2011, Corbyn said that NATO is a danger to world peace.

Corbyn had previously stated that NATO should be disbanded entirely.

“I have criticisms of NATO, it’s a Cold War organisation and it should have been wound up in 1990 along with the Warsaw pact,” he said, according to The Telegraph. “I think there has to be a debate about the powers of NATO, the democratic accountability of NATO and why its given itself a global role.”

Corbyn has also said that if a NATO ally is invaded, the U.K. shouldn’t necessarily go to war.

“I would want to avoid us getting involved militarily by building up the diplomatic relationships and also trying to not isolate any country in Europe, to bring them up,” Corbyn said, according to the New Statesman: “I don’t wish to go to war. What I want to do is achieve a world where we don’t need to go to war, where there is no need for it. That can be done.”

In 2015, Corbyn softened his stance on NATO a bit, saying that there is not an appetite among the British to pull out of NATO and so he would instead like to restrict its role.

4. He Supports Raising Taxes on the Wealthy 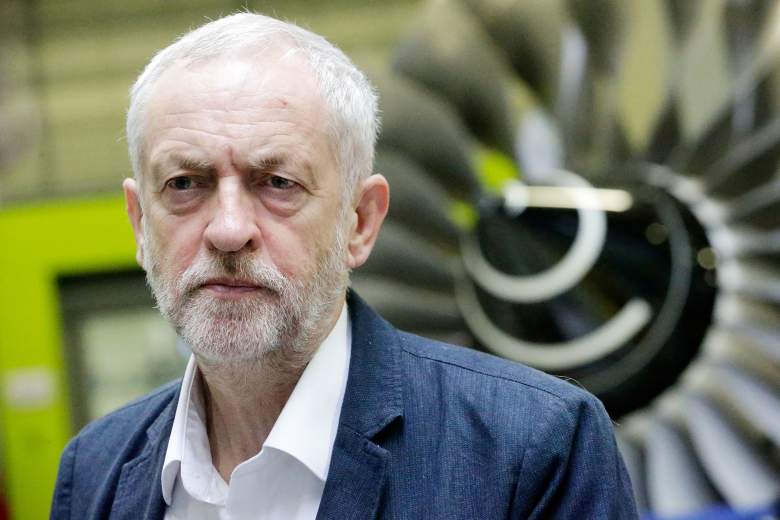 Jeremy Corbyn supports raising taxes on the wealthy. In the first major economic speech of his campaign, Corbyn pledged to implement a progressive tax system in which the wealthy paid more, though he didn’t provide specific numbers. He also promised to crack down on corporate tax avoidance.

Recently, Corbyn and his party unveiled a platform called For The Many, Not the Few, which calls for a tax increase for those making more than £80,000 a year.

“We believe in the social obligation to contribute to a fair taxation scheme for the common good. We will take on the social scourge of tax avoidance through our Tax Transparency and
Enforcement Programme, and close down tax loopholes,” the Labour party says in its platform. “But we will not ask ordinary households to pay more.”

5. He Says Donald Trump is Reckless 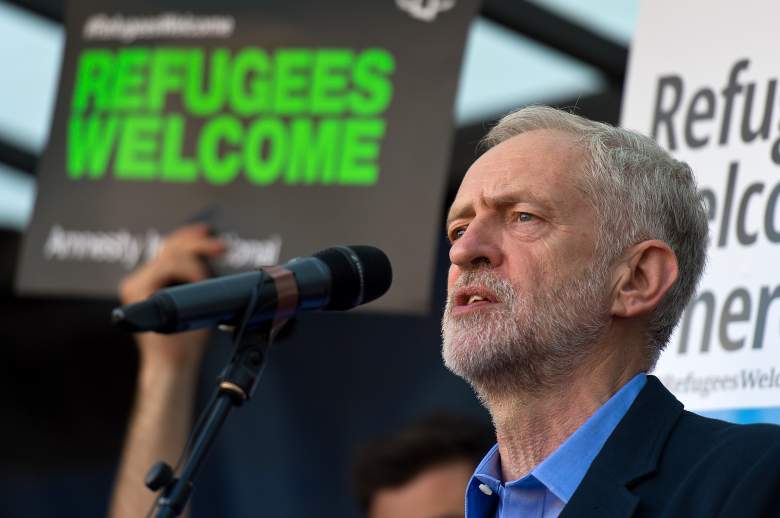 Jeremy Corbyn speaks in Parliament Square at the end of the demonstration on September 12, 2015 in London, England. (Getty)

Jeremy Corbyn generally does not line up with U.S. President Donald Trump, especially when it comes to issues of foreign policy.

“[T]he new US President seems determined to add to the dangers by recklessly escalating the confrontation with North Korea, unilaterally launching missile strikes on Syria, opposing President Obama’s nuclear arms deal with Iran and backing a new nuclear arms race,” Corbyn said, according to The Independent.

Corbyn went on to say that the U.S. “has a special responsibility to use its power with care and to support international efforts to resolve conflicts collectively and peacefully,” also adding that “pandering to an erratic Trump administration will not deliver stability.”

Corbyn also recently called Donald Trump reckless and dangerous for pulling the United States out of the Paris climate agreement.

“Donald Trump’s decision to pull the United States out of the Paris climate change deal is reckless and dangerous,” Corbyn said, according to The Independent. “The commitments made in Paris are vital to stop the world reaching the point of no return on climate change, and there can be no question of watering them down.”

In February, Corbyn said that Trump should not be invited to the United Kingdom for a meeting, according to The Independent.

Loading more stories
wpDiscuz
0
0
Would love your thoughts, please comment.x
()
x
| Reply
Jeremy Corbyn may become the next prime minister of the United Kingdom. Here's where he stands on the issues.