Vice President Mike Pence has hired a personal lawyer to deal with matters related to the investigation into Russia’s role in the 2016 election.

The Washington Post reported on Thursday that Mike Pence has hired Richard Cullen to serve as his outside counsel; Cullen has previously worked with Pence, but he is now being kept on to advise the vice president on the Russia probe.

“I can confirm that the Vice President has retained Richard Cullen of McGuire Woods to assist him in responding to inquiries by the special counsel,” Jarrod Agen, a Pence spokesman, told The Washington Post in a statement. “The Vice President is focused entirely on his duties and promoting the President’s agenda and looks forward to a swift conclusion of this matter.”

So who is Richard Cullen, Mike Pence’s personal lawyer in the Russia probe? Here’s what you need to know about him.

1. He is the Former Attorney General of Virginia 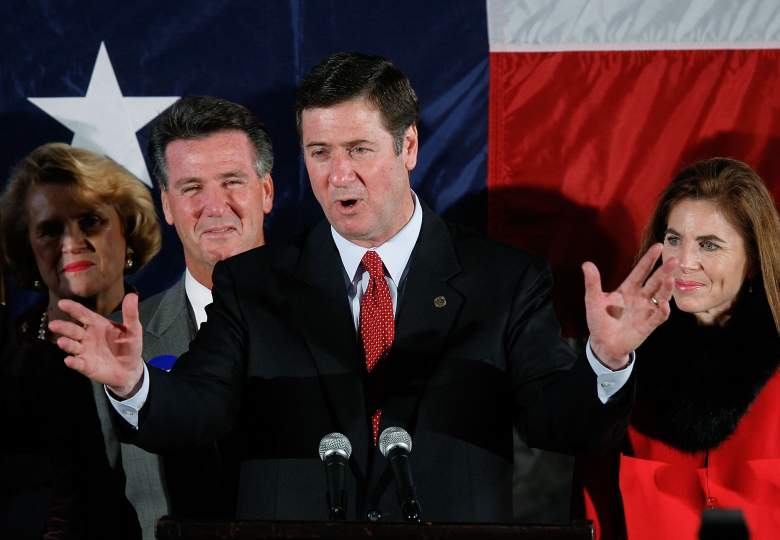 Richard Cullen has some political experience of his own, as he previously served as the attorney general of Virginia.

In 1997, Attorney General Jim Gilmore resigned in order to run for governor, and so Virginia Governor George Allen appointed Cullen to serve the remainder of this term. Cullen was only in office for about seven months, becoming attorney general on June 12th, 1997 and leaving office on January 17th, 1998.

Cullen did not run for the position of attorney general in 1997, deciding only to complete Jim Gilmore’s term. That November, Mark Earley was elected to the position.

2. He Was Previously United States Attorney for the Eastern District of Virginia 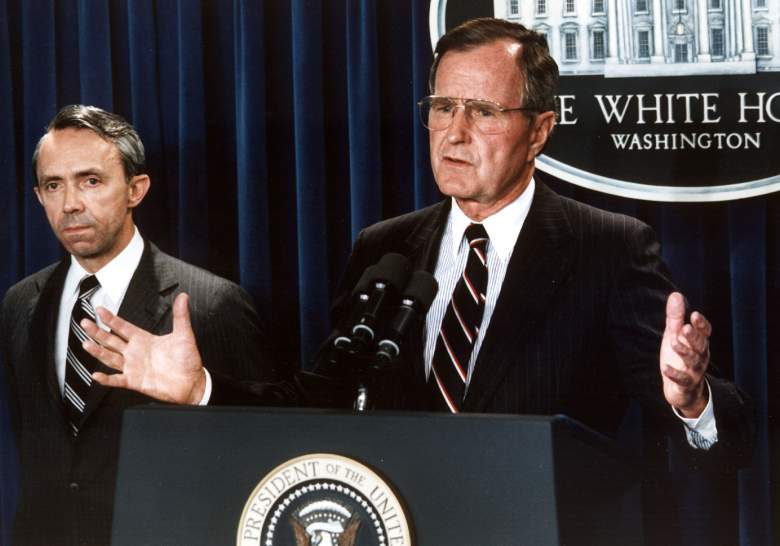 Prior to becoming Virginia attorney general, Richard Cullen served as the United States Attorney for the Eastern District of Virginia.

Cullen was appointed to this position by President George H.W. Bush, and he served in office from 1991 to 1993. According to The Washington Post, during Cullen’s tenure as U.S. attorney, he helped Democratic Governor L. Douglas Wilder get legislation passed which limited handgun purchases to one per month per person. For this reason, the NRA objected to the idea of Cullen potentially joining the Wilder cabinet.

“There would have been a great deal of concern on the part of our members…if that selection had been made,” NRA lobbyist Charles H. Cunningham told The Washington Post in 1994, referring to Cullen being selected for a cabinet post. “A Republican Richard Cullen would not be that different from a Democratic Randy Rollins.”

At the time of his appointment, Cullen was working as an attorney in private practice, being employed by the law firm McGuireWoods LLP.

3. He Advised Politicians During the Iran-Contra & Watergate Investigations 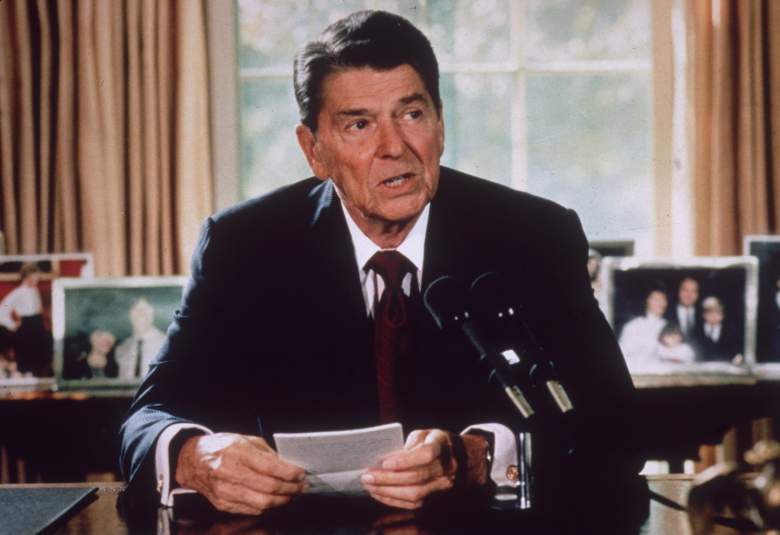 Richard Cullen has plenty of experience working alongside politicians during political scandals. After all, during the Iran-Contra investigation, Cullen served as special counsel to Senator Paul S. Trible Jr.

This, of course, was the scandal in the mid-to-late 1980s in which Reagan administration officials secretly facilitated the sale of arms to Iran. Paul S. Trible Jr. was a U.S. senator from Virginia who was not directly involved in the affair but who sat on the Select Committee on Intelligence.

In 1987, The New York Times described Trible by writing, “A low-key conservative, he has asked tough questions of Administration witnesses, though he has a voting record loyal to the President.”

Before Iran-Contra, Cullen worked as a legal advisor during the Watergate investigation. According to the McGuireWoods website, Cullen advised Representative M. Caldwell Butler during Watergate.

4. He Represented Tom DeLay During an Investigation Into Links Between DeLay & Jack Abramoff 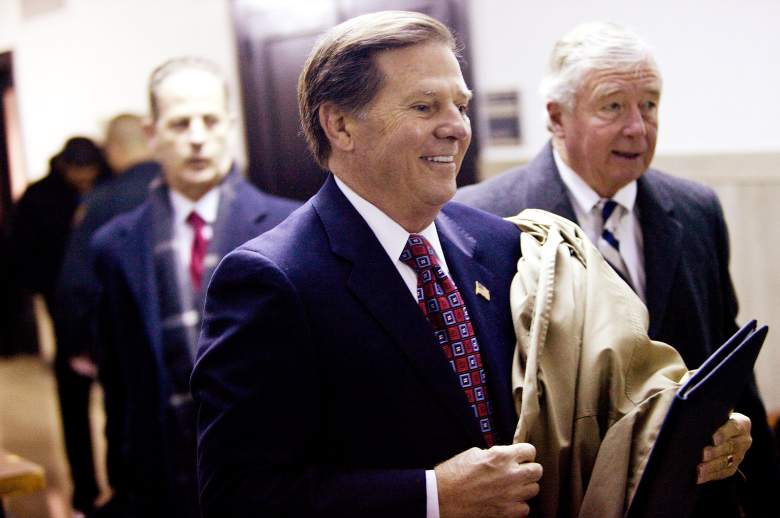 Tom Delay arrives in the 250th district court of Judge Pat Priest at the Travis County Courthouse on January 10, 2011 in Austin, Texas. (Getty)

In another example of Richard Cullen providing legal counsel to a politician during a scandal, Cullen represented Congressman Tom DeLay during a Justice Department investigation into potential ties between Delay and lobbyist Jack Abramoff.

DeLay at the time was accused of accepting bribes from Abramoff in exchange for favors for Abramoff clients. The six-year investigation finally ended in August 2010, with the Justice Department deciding not to bring corruption charges.

“I always knew this day would come. My only hope was that it would come much sooner than the six years we’ve been doing this,” DeLay said at the time, according to Politico. “While I will never understand why it took so long for the Justice Department to conclude that I was innocent, I am nevertheless pleased that they have made their determination.”

Although not related to politics, another notable case that Richard Cullen was involved in was the dispute between Tiger Woods and his ex-wife, Elin Nordegren; Cullen represented Nordegren along with five other lawayers, according to The Richmond Times-Dispatch.

5. He Worked With James Comey & Is Godfather to One of His Daughters

James Comey testifies in front of the Senate Judiciary Committee during an oversight hearing on the FBI on Capitol Hill May 3, 2017 in Washington, DC. (Getty)

According to The Washington Post, Richard Cullen once worked with James Comey at McGuireWoods; Comey was hired to work at the law firm in 1993, and he became a partner in 1996, according to CNN.

In addition, Cullen is godfather to one of Comey’s daughters.

When James Comey was picked to be director of the FBI, Richard Cullen expressed his approval, telling the Richmond Times-Dispatch that Comey “will be a great director. There are many people in Richmond who remember him and his family fondly and are very pleased that the president has chosen him for such a vitally important position.”