July 24 is National Cousins Day, when we celebrate our extended families. Since siblings, parents and grandparents get their own day, cousins should, too!

Cousins are members of your family who are descendants of your aunts and uncles. A “first cousin” is a son or daughter of your aunt and uncle. So, for example, your mother’s brother’s daughter is your first cousin. Your second cousin is the grandchild of your grandparent’s sibling. A first cousin once removed is the first cousin of your parent. It’s also possible to be a “double cousin”!

Here’s a look at National Cousins Day and some famous cousins you might not have been aware of.

There are mentions of a “National Cousins Day” going back to 2012, like this Facebook post from the Florida Strawberry Festival. That year, it was also on July 24.

There are plenty of other holidays to celebrate closer family members. In April, there’s National Siblings Day. On September 10, we celebrate National Grandparents Day.

National Parents Day is the fourth Sunday in July, which just happened to be the day before National Siblings Day in 2017. There’s also Mothers Day in May and Fathers Day in June.

2. It’s Possible to Have a ‘Double Cousin’

It is entirely possible for you to have double cousins. As Better Homes & Gardens explains, if two brothers marry two sisters, their children will be double first cousins.

Here’s an example of how this would work: brothers Bob and Tom marry sisters Joan and Sally. Bob and Joan’s daughter is Elizabeth. Tom and Sally have a son named Harry. Now, Harry and Elizabeth are double cousins because they are cousins through their father’s family and mother’s family. They share the same set of grandparents.

The most famous married cousin couple in the world is Queen Elizabeth II and Prince Philip. 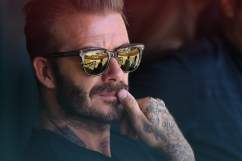 4. Marrying a Cousin of Any Kind is Illegal in 5 States

As The Spruce notes, it’s legal to marry a first cousin in 20 states. Some states have exceptions. For example, in Arizona, Illinois and Indiana, you can marry a first cousin if she is over a certain age or cannot bear children. California, New York, Florida, Massachusetts and Virginia are among the states that allow first-cousin marriage.

In total, 25 states ban first-cousin marriage completely, but most do allow more distant cousins to marry. In Mississippi, Oregon and West Virginia, adopted cousins can marry. 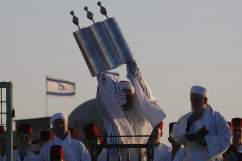 5. Nicolas Cage Is a Cousin of Sofia Coppola & Jason Schwartzman

GettyCousins Nicolas Cage and Sofia Coppola at the 2004 Golden Globes.

The Coppola family tree starts with Carmine Coppola, the musician who contributed music for son Francis Ford Coppola’s Apocalypse Now and The Godfather films. Francis’ daughter is Sofia Coppola, the director of Lost in Translation and The Beguiled. So, Sofia and Cage are cousins.

Talia Shire, who played Adrian in Rocky and Connie Corleone in The Godfather, is Francis’ sister. Her son from her second marriage is actor/writer Jason Schwartzman. So, Sofia, Cage and Schwartzman are cousins.

Cage’s father is the late August Coppola, who was an author and college professor.

Loading more stories
wpDiscuz
0
0
Would love your thoughts, please comment.x
()
x
| Reply
July 24 is National Cousins Day. Here's a look at what it means to be a cousin and some famous celebrities you didn't know were cousins.