Getty National Security Adviser H. R. McMaster speaks during a briefing at the White House on May 16, 2017.

McMaster, who replaced Lt. General Michael Flynn in February, has recently removed several NSC staffers who were hired by Flynn and are favored by the alt-right, including Ezra Cohen-Watnick, Rich Higgins, Derek Harvey, Adam Lovinger and KT McFardland. Those five are seen as close allies to White House Chief Strategist Steve Bannon and as longtime Trump supporters who support Trump’s “America First Policy,” which Cernovich claims McMaster has called “naive.” The alt-right was also angered when McMaster pushed Bannon himslef out of the NSC.

Cernovich has been fighting against McMaster since the general’s early days in the Trump administration, but has recently stepped up his attacks, sending dozens of tweets about McMaster over the past few days, writing a Medium post alleging that McMaster wants to make the NSC more liberal and creating a website, McMasterLeaks.com, to call for leaks about him. He also launched an effort to get #McMasterFacts trending on Twitter:

Cernovich made several dubious claims on his “McMaster facts” website on Wednesday, including that McMaster “has been insulting Trump in front of foreign leaders,” has fired Trump loyalists, has leaked “information to Andy McCabe and personally attacking Trump’s family,” insulted Hope Hicks, tried to oust Sebastian Gorka and hired two close allies to Obama-aide Ben Rhodes, who he says is under investigation for leaking without evidence of that. After calling for help in rounding up “facts” about McMaster, he added unproven claims that McMaster has previously praised Obama’s foreign policy and leaked the transcript of Trump’s meeting with Russian minister Sergey Lavrov to the New York Times.

WH Source – McMaster's purge will include 4 more people before it's finished, including Mike Anton, who is next.

How often does McMaster correct @realDonaldTrump?

McMaster has been leaking since day 1 through Obama and Ben Rhodes holdovers. Jared Kushner knows about this, but he fears McMaster. https://t.co/WhBbFziUOs

McMaster's personal life is…let's just say it's "interesting," and leave it at that.

He used Twitter and Periscope to spread those “facts” to his hundreds of thousands of followers, and his claims have been picked up by other alt-right websites.

GettyTrump and McMaster shake hands after he was announced

McMaster, whose hiring was praised by Democrats and most Republicans, has never been trusted by the alt-right. There are many claims that McMaster is behind leaks that have damaged the Trump administration, while Cernovich and others have pointed to the Army officers ties to key members of the Obama administration’s national security staff, including Susan Rice and Ben Rhodes.

Cernovich’s attacks on McMaster began not long after he was named to the position, including an April Medium post. Cernovich said McMaster had ties to General David Petreaus, and was being advised by Rice and Rhodes, in an effort to “take over” the NSC. Cernovich said one of the main goals of McMaster, with help from Petreaus and the “liberals” was to start a ground war in Syria, a claim that is dubious and appears entirely based on McMaster’s closeness to Petreaus and Petreaus’ previous “surge” strategy in Iraq. Cernovich wrote in April that Petreaus and McMaster were leading a “deep state” coup.

Cernovich has reported the unproven, and essentially debunked, conspiracy theory that Susan Rice unmasked Lt. Flynn and then leaked the details of his calls, leading to his ouster from the National Security Adviser position and allowing “deep state” forces like McMaster to take his place.

Cernovich also claimed in an April post that McMaster was manipulating intelligence reports being given to Trump in order to get 150,000 troops on the ground in Syria, citing sources, but providing little evidence to backup his claim.

“McMaster was called Petraeus’ golden child by some commenters, noting the strong influence Petraeus had over McMaster. Petraeus was considered for the position of NSA, but withdrew his name from consideration once McMaster’s name was included on the short-list,” Cernovich wrote. “McMaster’s appointment allowed Petraeus to maintain control over the NSC without bringing his considerable baggage to the position. … If McMaster and Petraeus have their way, America will find itself in another massive war in the Middle East.”

In May, Cernovich pushed claims that there had been a falling out between Trump and McMaster.

“McMaster breached chain-of-command protocol by unilaterally appointing Ricky Waddell has his deputy. Before that he attempted to hire a proven fraud, Linda Weissgold (yes, the Benghazi liar), to work at NSC,” he wrote, pushing several conspiracy theories. “McMaster also overruled Trump on North Korea, leaked fake anti-Bannon articles to the media, and pushed for a ground war in Syria and massive new surge in Afghanistan.”

While Cernovich and others in the alt-right media pushed the anti-McMaster message publicly, Foreign Policy reported in May that Bannon and his allies were leading the battle against the general inside the White House.

The final straw for Cernovich and other leading alt-right personalities appears to have been the firing of Rich Higgins, who was removed from his position in the National Security Council in July, but his ouster was first reported Wednesday. Higgins was fired after writing a memo outlining alleged threats to the Trump administration from inside the United States, including leftists, globalists, Islamists and the “deep state,” The Atlantic reports. Higgins claimed those groups were aligning to wage “political warfare” against Trump, according to The Atlantic.

“Through the campaign, candidate Trump tapped into a deep vein of concern among many citizens that America is at risk and slipping away,” Higgins, who was a former Pentagon official and was the director for strategic planning for the NSC, wrote in the memo, according to The Atlantic. “Globalists and Islamists recognize that for their visions to succeed, America, both as an ideal and as a national and political identity, must be destroyed.”

Cernovich wrote on Twitter, “Rich Higgins sounds like a strategic genius, why did McMaster fire him? For being loyal to @realDonaldTrump!”

Higgins’ removal was followed Wednesday by the departure of Ezra Cohen-Watnick. Cohen-Watnick, the senior director for intelligence at the NSC, gained national attention in March when he provided information to Rep. Devin Nunes, the Republican chairman of the House Intelligence Committee. The information provided to Nunes, a Trump ally, was connected to the Russia investigation, and led Nunes to step aside from any role in the probe. Cohen-Watnick was hired by Flynn and previously worked with him at the Defense Intelligence Agency.

“General McMaster appreciates the good work accomplished in the NSC’s Intelligence directorate under Ezra Cohen’s leadership,” an official at the NSC said in a statement to Fox News. “He has determined that, at this time, a different set of experiences is best-suited to carrying that work forward. General McMaster is confident that Ezra will make many further significant contributions to national security in another position in the administration.”

The NSC’s top Middle East adviser, Derek Harvey was fired in late July, according to Foreign Policy. Harvey was originally seen by the alt-right as being close to McMaster, as they served together in the military and were both mentored by Petreaus, but was later classified as a Trump and Bannon ally. Harvey, who was hired by Flynn, and McMaster clashed, according to Foreign Policy, including when Harvey compiled a list of “Obama holdovers” at the NSC he believed were leaking to the press and brought it to Bannon and Trump.

“General McMaster greatly appreciates Derek Harvey’s service to his country as a career Army officer, where he served his country bravely in the field and played a crucial role in the successful surge in Iraq, and also for his service on Capitol Hill and in the Trump administration,” NSC spokesman Michael Anton said in an email to Foreign Policy on July 27. “The administration is working with Colonel Harvey to identify positions in which his background and expertise can be best utilized.”

McMaster was previously criticized by the alt-right for removing Adam Lovinger, a longtime national security adviser who was pulled to the NSC by Flynn and for pushing out KT McFarland, Flynn’s top deputy.

Lovinger’s security clearance was pulled in May, according to Politico. According to the news site, Lovinger clashed over the issues he saw as important to focus on, including Iran and Islamic extremism, which were also Flynn’s top priorities. On May 18, Cernovich wrote a Medium post claiming sources told him that Lovinger’s clearance was pulled after he attended a bar mitzvah in Israel. That has not been confirmed.

“Lovinger was called back to DOD and McMaster had his security clearance revoked based on a trip to Israel for a family bar mitzvah. McMaster, several people with knowledge of his foreign policy views, it staunchly anti-Israel,” Cernovich wrote.

McFarland was forced to resign from her position in the NSC after Flynn’s resignation, according to The Hill. She has since been nominated by Trump to be his administration’s ambassador to Singapore. 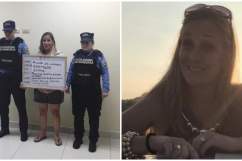 Loading more stories
wpDiscuz
10
0
Would love your thoughts, please comment.x
()
x
| Reply
Lt. General HR McMaster, the White House National Security Advisor, is being targeted by Mike Cernovich and the alt-right, who say he is undermining Trump and has ties to Obama