Monday evening, BuzzFeed broke the news that in 2015, Michigan Democratic Congressman John Conyers paid $27,000 to settle a wrongful dismissal complaint with a former employee who claims that she was fired for refusing to “succumb to [Conyers’] sexual advances.” The money to pay the settlement came out of Conyers’ regular office budget. Conyers is the ranking Democrat on the House Judiciary Committee.

John Conyers, born in May 1929, has been in Congress since 1965, making him the longest-serving Congressman currently in office. He is married to Monica Conyers (born Oct. 31, 1965), a controversial Detroit politician who’s spent time as a Detroit city councilwoman, president of Detroit’s council–as as a federal prisoner serving felony time. Here’s five things to know about the Conyers family:

1. This Isn’t the First Time Rep. Conyers has Been Accused of Misusing Authority Over Congressional Staff

Late on the night of Nov. 20, BuzzFeed reported that it had four signed affidavits from former staff members alleging that Conyers repeatedly made sexual advances to women on his staff, including requests for sexual favors, contacting and transporting other women believed to be Conyers’ mistresses, rubbing their legs and back, and caressing their hands in a sexual manner.

According to BuzzFeed, those documents also “reveal the secret mechanism by which Congress has kept an unknown number of sexual harassment allegations secret: A grinding, closely held process that left the alleged victim feeling, she told BuzzFeed News, that she had no option other than to stay quiet and accept a settlement offered to her. ‘I was basically blackballed. There was nowhere I could go,’ she said in a phone interview.”

The woman said she launched a complaint against Conyers in 2014, saying she was fired for refusing his sexual advances. Ultimately she was given a $27,111.75 settlement in exchange for a confidentiality agreement. As BUzzFeed explained, “Congress has no human resources department. Instead, congressional employees have 180 days to report a sexual harassment incident to the Office of Compliance, which then leads to a lengthy process involves counseling, mediation, and requires the signing of a confidentiality agreement before a complaint can go forward.”

This incident is not the first time Congressman Conyers has been accused to misusing his authority over staff somehow (though it is, arguably, the most egregious to date); in 2006, two of his former staff members said the Congressman made them babysit his children and perform other personal errands for him while they were on the Congressional payroll.

Last year, his former chief of staff pleaded guilty of receiving stolen property after refusing to repay $13,000 mistakenly deposited in her account by another customer of her credit union. After the staff member supposedly went on unpaid leave from Conyers’ office, a House ethics investigation showed that Conyers continued to pay her more than $13,000 per month.

Last June, the Detroit News reported that the House Committee on Ethics was investigating Conyers for possible ethics violations, though what those alleged violations actually were was not disclosed.

2. Monica Conyers has Collected her Own String of Scandals

In January 2009 a man named Jim Rosendall, former representative for a sludge-recycling company called Synagro, pleaded guilty to paying bribes in order to get city contracts in Detroit. By that June, Councilwoman Conyers was caught up in the bribery probe. She later pleaded guilty to accepting bribes in exchange for a vote on the contract, and was sentenced to 37 months in prison.

In 2013, Conyers made headlines again after getting into a bar fight with another woman, though Conyers claimed it was in self-defense and prosecutors did not file charges.

Conyers later got a job as a radio host for an AM station in Detroit, but was either fired (according to the station) or quit (according to Conyers). The station later claimed that Conyers was fired for trying to book a $750-per-night hotel room on the company’s account.

3. John and Monica Almost Dissolved Their Marriage Before

John and Monica Conyers filed for divorce in 2015. The Detroit News reported at the time that Monica Conyers’ filing cited “a breakdown of marriage relationship to the extent that the objects of matrimony have been destroyed. There remains no reasonable likelihood the marriage can be preserved.” John Conyers refused comment at the time.

By April 2016, Monica was being referred to as the congressman’s “estranged” wife (as when CBS Detroit reported that Conyers was planning to become a lawyer).

That August, however, John and Monica Conyers renewed their wedding vows while the divorce was still pending, then announced in November that they had “reconciled.”

4. Monica’s Behavior Caused Public Concern Even Before her Bribery/Corruption Probe was Known

In April 2008, the city councilwoman from Detroit inspired national headlines after Conyers got into a shouting match with City Council President Ken Cockrel; Cockrel reprimanded Conyers for interrupting another councilwoman, which inspired Conyers to start yelling at Cockrel, eventually calling him “Shrek” (after the famously homely and bald cartoon ogre). The Detroit Free Press posted video of that council-meeting snippet online, noting “Detroit City Council hearing adjourned amid shouting match.”

CONYERS: We know you do. But I said based upon…
COCKREL: I have the floor president pro tem.
CONYERS: The floor’s out there.
COCKREL: I don’t want to hear you anymore.
CONYERS: You don’t have to hear me. We don’t have to hear you.
COCKREL: Then be quiet because I’m speaking.
CONYERS: No, you not my daddy. You do that at home, not here.
COCKREL: I’m not your father, but I am the president and right now I have the floor.
CONYERS: Exactly, so treat me with respect. Cause I’m tired of that. Be respectful. You may not do that at home, but you gonna do it up in here.
COCKREL: Stop interrupting.
CONYERS: Grow up. Control your house and you know how to treat other women better.
COCKREL: You’re the last one to talk.
CONYERS: I’m the first one to talk – Shrek. Shrek! The first one to talk. Don’t disrespect me.
COCKREL: I will call this to adjourn.
CONYERS: Do it baby! Do it! Do it!
COCKREL: We’re going to take a brief recess.
CONYERS: Do it! Cause y’all not gonna disrespect me up here.
COCKREL: You’re the one who just interrupted me.
CONYERS: No, I did not.

In February 2009, after Jim Rosendall had pleaded guilty to bribing Detroit officials but before it was known that Monica Conyers was involved, the Detroit Free Press published an editorial “Three Strikes Against Conyers,” which did not even count her public “Shrek” commentary among the strikes. The first two strikes involved Conyers’ votes and commentary about a renovation and expansion deal for the city’s Cobo Hall, and the third strike involved allegations that Conyers was using on-the-clock Detroit police officers to chauffeur her children to and from school. As the Free Press noted at the time, “She also got into a dust-up last week with council member Kwame Kenyatta in which she allegedly made fun of his hearing aid, his lack of a college degree and rumors that he has cancer. It’s redolent of her run-in with Mayor Ken Cockrel when he was council president, in which she called him ‘Shrek’ during a televised hearing. And it’s just as inappropriate.”

Finally, @realDonaldTrump must publicly acknowledge that he is constitutionally-barred from launching a preemptive war without Congressional approval.

Acknowledging this reality will reduce tensions and provide momentum for diplomatic efforts.https://t.co/f81f9QnK7R

Of all the legislation Conyers has voted for or otherwise supported during the more than half-century he’s been in Congress, the ones he chose to list as “major accomplishments” on his official House of Representatives biography page are ” the Violence Against Women Act of 1994, the Motor Voter Bill of 1993, the Martin Luther King Holiday Act of 1983, the Alcohol Warning Label Act of 1988, and the Jazz Preservation Act of 1987.” He also is the principal author of the “End Racial Profiling Act.”

Conyers was also one of the 13 founding members of the Congressional Black Caucus, which was founded in 1969. In 1968, only a few days after Martin Luther King Jr. was murdered, Conyers introduced the first Martin Luther King Holiday Act (though the act did not pass into law until 1983). 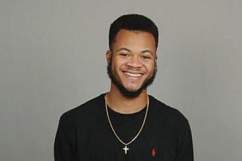