No one can say with certainty that if Nickolas Cruz had been committed to a psychiatric facility for evaluation and treatment under Florida’s Baker Act that what happened on Valentine’s Day at Marjory Stoneman Douglas High School might not have.

But what is certain and clear from just-released documents by the Broward County Sheriff’s Office that chronicle every ‘call for service’ to the Cruz house and/or on Cruz himself at other locations, is that on at least two occasions, mental health professionals told police he didn’t fit the criteria to be Baker-Acted. And on both of these occasions, the documents show, police were called because Cruz was either threatening to hurt himself or others, or had hurt himself, in one particular incident in 2016, Cruz attempted suicide by drinking gasoline and was cutting himself. He was not Baker Acted. In 2013, when he was 14, he threw his mother against a wall; Linda Cruz told police he had “anger issues” still it was decided he would not be Baker-Acted.

What you need to know about the Baker Act:

1. What Is Florida’s Baker Act?

The Florida Mental Health Act of 1971, more colloquially known as the Baker Act, is the Florida law that allows police, mental health workers, doctors, and judges to involuntarily commit someone to a psychiatric facility to be examined when a person is in danger of harming others or harming themselves. Adults can be committed for up to 3 days, half a day for kids. The idea is the person is to be examined and evaluated medically and treated when appropriate.

The law was named for the bill’s co-sponsor, then Florida legislator Maxine Baker of Miami, and it was meant to replace the draconian existing state mental health law to ensure people had he right of due process before being committed. That is the reason, in part, it is applied carefully by some, but perhaps erring on the side of caution has its downsides. Regardless, the state’s previous mental health law dated back to 1874 and permitted that anyone could be committed if three people signed affidavits and a judge approved: “The law stated that the committing judge was required to have any destitute person with mental illness committed to the sheriff for safekeeping until transferred to the hospital. Children as young as 12 years old could be placed into state hospitals with adults. Payment could be required from friends, parents or guardian for the person’s care. Persons hospitalized in private or public hospitals were allowed only one individual with whom he or she could openly and privately correspond. There was no specific period of commitment before a person’s confinement would be reconsidered by a judge.”

Draconian, yes. So the Baker Act was written and among other provisions, “mandated court-appointed attorneys to represent each person for whom involuntary placement was sought and provided for independent reviews every six months of all involuntary placements.” Placements in hospitals Baker Act receiving facilities. And provides a “patients’ bill of rights, protecting persons’ rights to communicate with whomever they wished, to receive and send unopened mail, to use their own possessions, and to vote, among many other rights. The law also prohibited the placement of persons with mental illnesses in jails, unless they had committed criminal acts.”

2.What Does The Baker Act Say?

The statute is voluminous. Pages of definitions. And much of the language is difficult at best to understand or written in a way to ensure that a police officer or family member or therapist doesn’t commit someone who is not suffering from a psychiatric emergency. Bottom line: the law says someone can be Baker Acted when “abnormalities of thought, mood, or behavior” are psychiatric in nature. In other words, if someone is freaking out it must be clear it’s a psychiatric issue. A trained mental health professional or therapist should know. A parent or cop may not. Indeed, this reporter is aware of a situation where a Florida police department requested a self-aware and in-therapy teen-ager with diagnosed mental health conditions to talk to police officers about what they should be looking for and how to handle a teen in a psychiatric crisis. A hand-raised plea from police: help us help you. One of the positives that may come out of the tragedy that is the Stoneman Douglas massacre, is training of police officers on how to deal with mental health crises and differentiate them from ordinary criminal behavior; training for law enforcement who often encounter people suffering from mental illness sometimes a diagnosed condition, sometimes a psychotic break brought on by substance abuse or similar. Knowing the difference is might save a life.

3.How Does Someone Get Committed Under The Baker Act in Florida?

University of Florida Health makes the careful point that, “People who require the use of the Baker Act have often lost the power of self-control, and they are likely to inflict harm to themselves or others. It is important that the Baker Act only be used in situations where the person has a mental illness and meets all the remaining criteria for voluntary or involuntary admission.” It’s this very point that may have some police and even mental health professionals not using the Act when they should and conversely, and often unintentionally, using it when it’s not appropriate. When you’re Baker Acted in Florida, you’re taken into custody, handcuffed and brought before a judge. In Miami, just days before the mass murder in Parkland, a 7-year-old was Baker Acted. The child punched a teacher and was taken by police from the school in handcuffs.

4. Florida Officials Reignited The Baker Act Discussion In the Wake of the Stoneman Douglas Shooting 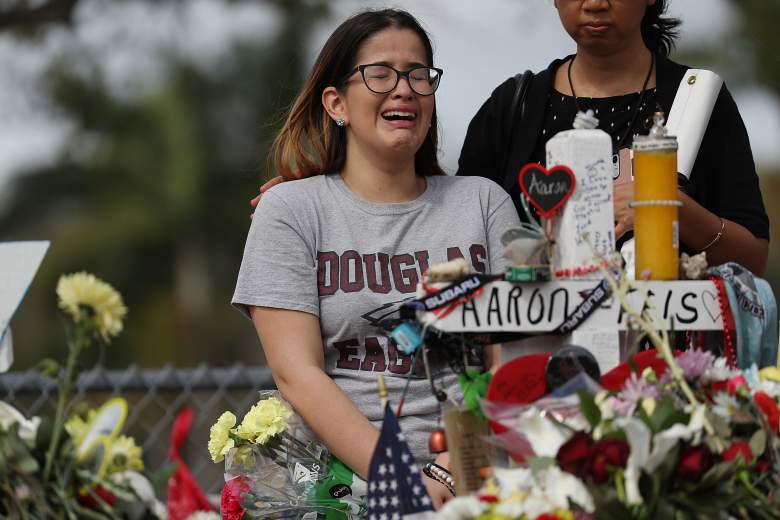 GettyAriana Gonzalez is over come with emotion at the memorial in front of Marjory Stoneman Douglas High School as teachers and staff are allowed to return to the school for the first time since the mass shooting.

There’s little doubt that Baker Acted or not, if Nickolas Cruz wanted a gun, he could buy one and use it. At a Florida sheriff’s summit this week, Pinellas County Sheriff Bob Gualtieri’s point was that no matter how many times someone is committed, they can still buy a gun saying it’s “wrong, it’s erroneous, it’s false” that if Cruz was committed under the Baker Act that would have somehow prevented him from buying weapons. But, Gualtieri says, weapons should be confiscated by police when in doubt to safeguard legal rights and also the community. 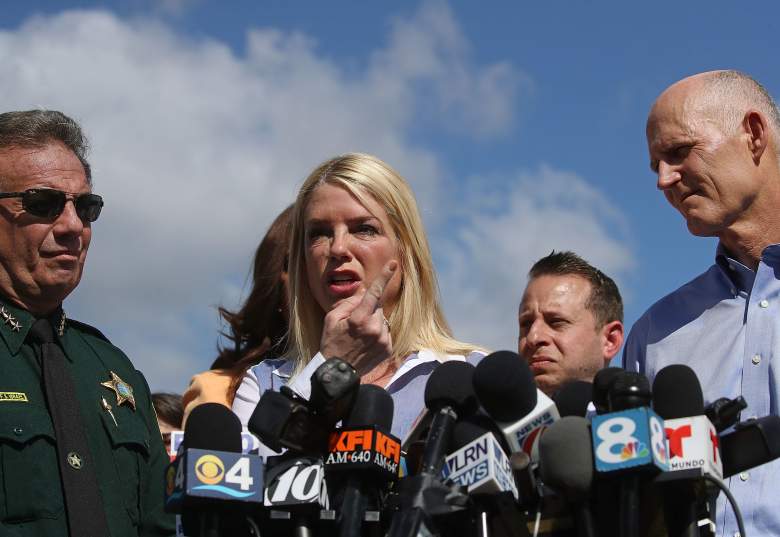 But Florida Attorney General Pam Bondi met with President Trump this week to talk in part about strengthening the Baker Act as a preventative measure.

5.Cruz Was Not Baker-Acted by Police or Mental Health Professionals Despite Evidence That He Was a Harm To Himself & to Others 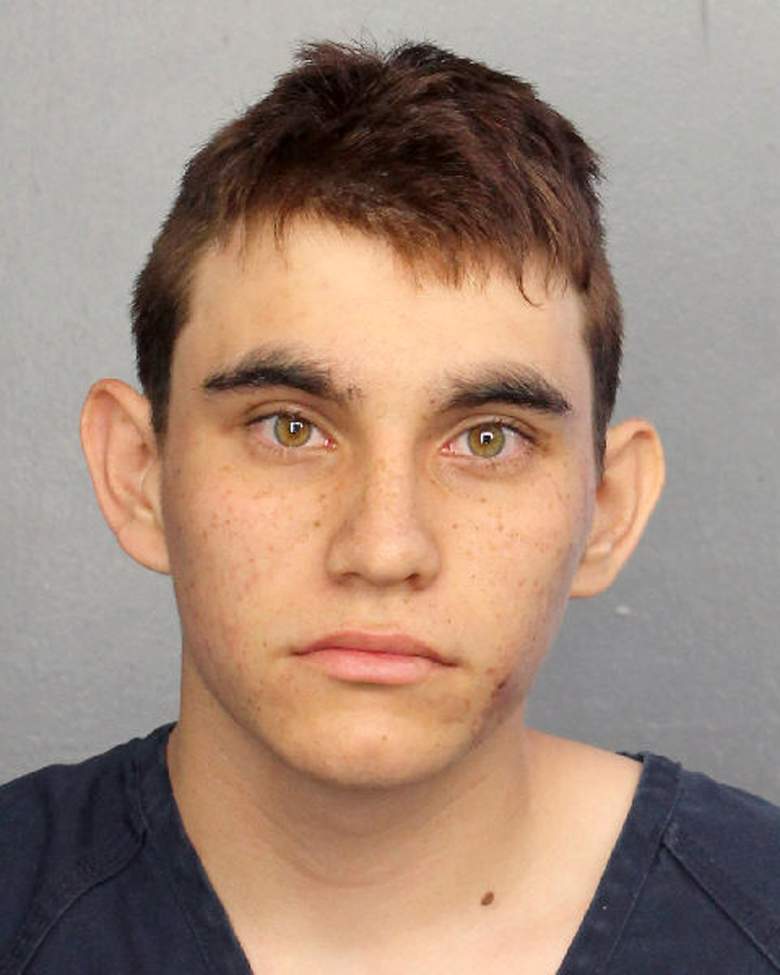 When he was around 10, Nickolas Cruz threw rocks at kid that threw rocks at him. Benign enough. But soon, Cruz would start acting out more aggressively starting with fights with his brother serious enough for his mother to phone cops, punching a hole in the wall, throwing his mother against a wall and, when he was 15, Cruz used an airsoft rifle to shoot chickens (he admitted firing the gun but denied he hit chickens).

In the interest of full transparency, we are making available the list of all 23 calls for service at the Cruz home. 18 involved Nikolas Cruz. None appeared arrestable under Florida law. However, two of the calls remain under internal investigation. https://t.co/JJANWVeo9q

By 2016 calls to police came with alarming reports. Cruz, who by then had amassed an arsenal of weapons, shared both suicidal and homicidal thoughts and ideation and in the case of the former, his self harm was likely indicative of suicidal intentions; he drank gasoline and cut himself with knives, yet according to police documents, he was not committed for evaluation and treatment. Therapists from Henderson Behavioral Health, told police, who followed those recommendations, that the teen with established mental health issues that included admissions by his mother that her son had disorders—over the course of several years in calls to police—inexplicably did not fit the Baker Act criteria: mental health professionals deemed Cruz was not a danger to himself or others. The police reports show he clearly was both.

The Cruz incident of Sept. 28 2016, shows that even with a peer counselor, the School Security Officer, a social worker from DCF and police involved, a therapist from Henderson said no Baker Act commitment was needed. When in 2013 Cruz threw his mother into a wall after an outburst and violence, Henderson Behavioral Health also advised Baker Act commitment was not warranted.

“A peer counselor reported to the School Resource Deputy that Cruz was alleged to have ingested gasoline a week prior in an attempt to commit suicide and he’s cutting himself. Cruz indicated he wished to purchase a gun for hunting and was in possession of items concerning hate related-communications/symbols. Mental health counselor advised Cruz did not meet criteria for Baker Act. The School Resource Deputy …initiated a report; High School indicated it would conduct a threat assessment on Cruz. The indication was that Cruz suffered from depression. A DCF investigator advised 18 year old male on scene. Allegations of immediate self-harm. Subject is talking about purchasing a gun. But therapist from Henderson Behavioral Health was on scene and advised Nickolas was not currently a threat to himself or others at this time. No criminal activity reported.”

Read More
5 Fast Facts, Crime
No one can say with certainty that if Nickolas Cruz had been committed to a psychiatric facility for evaluation and treatment under Florida's Baker Act that what happened on Valentine's Day at Marjory Stoneman Douglas High School might not have.