Getty Patriots offensive coordinator Josh McDaniels has spent most of his life around football.

Josh McDaniels has spent his entire life around football.

He grew up with the game and, more importantly, the game helped him grow up. Now, as he gets ready to take over the head coaching job in Indianapolis, the Patriots offensive coordinator is hoping to notch another Super Bowl victory in his own football-rich history. Of course, there’ll be plenty of New England fans rooting for the squad, but McDaniels will have his own cheering section as well. His family.

Here’s everything you need to know about the McDaniels:

1. Josh & His Wife, Laura, Have Four Children Together 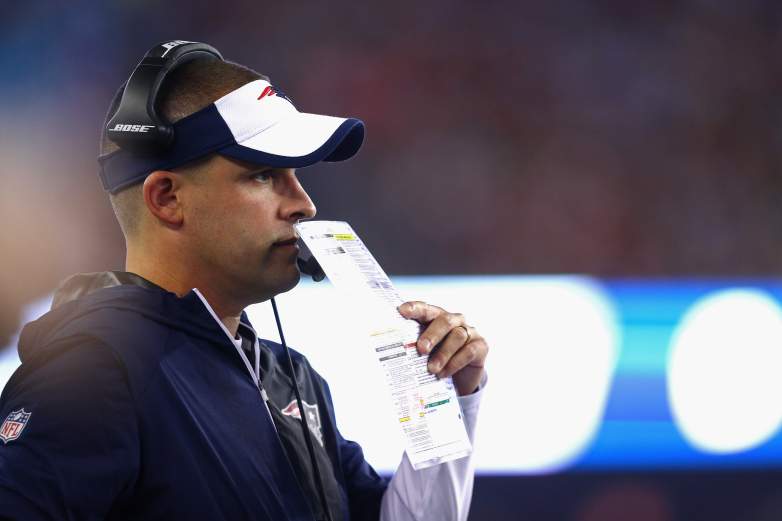 ‌The couple tied the knot in 2002 and, now, have four children together: Jack, Maddie, Livia and Neenah. Of course, it isn’t always easy to balance football and family life, but the McDaniels make a concerted effort to do just that. Laura told Bleacher Report in 2016:

This line of work can swallow you up. But when he’s with the kids, he can stop what he’s doing and talk about the school dance. That wasn’t easy for him. He’s worked on it and still is working on it. I think he has changed.

Josh also found an unlikely ally in family-focus while in New England – Tom Brady. The two aren’t that far apart in age and even their children are fairly close. It’s a relationship that’s helped both men on and off the field.

“I trust him, I respect him, I love him like a brother,” Brady told Bleacher Report. “He’s not just my coach. He’ll be a friend the rest of my life. We’ve been through a lot of wins, losses, tough seasons and incredible seasons. It’s been a fun ride to experience with him.”

2. The Couple Met While Working in Cleveland 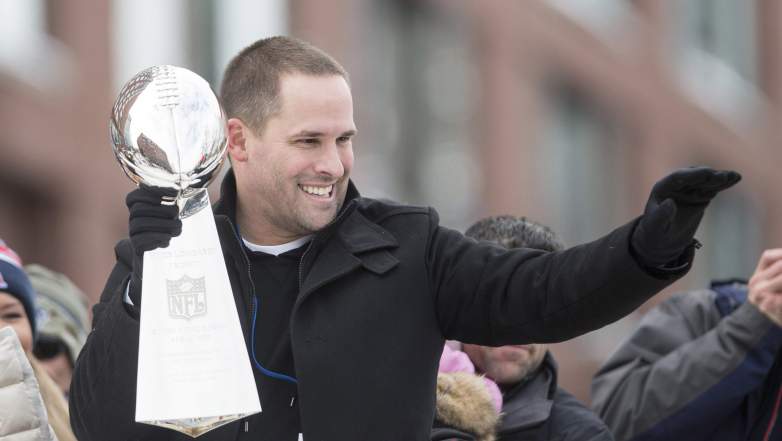 ‌Laura and Josh first met while they were both working for FiberTech, a plastics company in Cleveland, Ohio. The company provided “plastics solution for material handling and storage, including custom rotational molding, repair and recycling.”

It didn’t take long, however, for the McDaniels to make their way back to the gridiron. Josh joined the Patriots coaching staff in 2001, working in an entry-level position and went on to serve as a defensive assistant in 2003 and quarterbacks coach in 2004.

No matter where Josh’s career takes him next – even if it isn’t on the sidelines – he’s certain he’ll be getting there hand-in-hand with Laura. In fact, at the NFL owner’s meetings in March 2009 he brushed off comments about being seen with his wife. “Hey, I’m still 33, we’ve only been married for seven years,” he said at the time. “I hope that doesn’t change.”

Laura regular gives back to the communities Josh is coaching in and that trend held true throughout the family’s stint in New England. One of her more memorable moments came in 2015 when the Patriots organized a day of pampering for or breast cancer survivors and women still in treatment.

The event, which was organized by the Patriots Charitable Foundation, provided massages and manicures, as well as nutrition and fitness advice at Gillette Stadium. Laura told media at the event: “I’m inspired. I’m motivated to do more. Each of their stories are very unique and heartwarming.”

Josh grew up around football – quite literally.

His father, Thom, is a coaching legend in Ohio with stops on the sidelines of Warren G. Harding High School, Canton McKinely High School and Massilon Jackson High School. He spent 26 years as a head coach at the high-school level and, overall, 40 years on the gridiron. Thom was named the national coach of the year by USA Today in 1997 and is a member of the Ohio High School Football Coaches’ Hall of Fame.

Congratulations to McKinley Great Thom McDaniels on his induction into the McKinley Football Hall of Fame tonight! ??. #GoPups

Football was a way of life in the McDaniels’ household and it was also an important bargaining chip. Thom told NJ. com:

We actually used football as leverage. If you didn’t clean your plate at the dinner table then you didn’t get to go to two-a-days tomorrow. It was obvious that Josh and Ben loved football at a young age. They grew up in a locker room and the coach’s office. That was their neighborhood.

Thom returned to McKinely for one season in 2014, but resigned after a 3-7 performance, citing “issues related to his personal well-being throughout the season.”

5. His Brother, Ben, Is an Offensive Assistant for the Bears

Josh isn’t the only NFL coach in the McDaniels family. His younger brother, Ben, just wrapped up his second season as an offensive assistant with the Bears after first being hired on February 15, 2016.

Ben’s path to a career in coaching has been a long and, incredibly, winding road. A former quarterback at Kent State, Ben has been patrolling the sidelines since 2003. He worked as a graduate assistant at Minnesota from 2004 to 2005 and spent some time at the high-school level in Ohio before working on Josh’s staff in Denver as an offensive assistant in 2009.

Loading more stories
wpDiscuz
0
0
Would love your thoughts, please comment.x
()
x
| Reply
They're ready to take on Indianapolis together, but first the McDaniels are hoping for one more Super Bowl in New England.