Getty The scene near the school.

In a surprise developed, Zachary Cruz was arrested March 19, 2018 “for trespassing on the Marjory Stoneman Douglas campus in Parkland,” the site of the school shooting. An arrest report obtained by The Palm Beach Post alleges that Zachary told authorities that he went to the school to “reflect on the school shooting and soak it in.”

Adopted together at very young ages by an older Florida couple, the two brothers were orphaned when both of their adoptive parents died years apart. Nikolas Cruz is accused of going on the rampage at Parkland’s Marjory Stoneman Douglas High School and murdering 17 students and staff members in what was the nation’s third deadliest school shooting in its history.

Zachary Cruz was in court for his brother’s court appearance on March 14, 2018 and appeared to be teary eyed.

How come we don’t know anything about #Zacharycruz #FloridaShooterbrother ? He is 18 also adopted and is mental institution?!?!? We need to get info on him and his part if any!!!!!??! #floridahighschoolshooting pic.twitter.com/mwNJbw0aPg

That has a lot of people wondering about his family background.

Although the newspaper did not name Cruz’s brother in the report, The Palm Beach Post reported that “Palm Beach County Sheriff’s deputies, assisting their Broward County counterparts, removed a person at midday from the mobile home to a mental health facility for treatment.” The newspaper reported that this person was the brother of Nikolas Cruz.

The newspaper did not name Zachary Cruz because he is a juvenile; however, it’s widely known that Nikolas Cruz only has one brother, and his name is Zachary Cruz. The New York Daily News reported that Zachary Cruz will turn 18 next week and “was involuntarily removed from his home on Friday under what is commonly known as the Baker Act.”

According to The Star, “Zachary was reportedly sectioned under Florida’s Baker Act, under which he can be held for up to 12 hours.” It’s not clear what exactly provoked that action.

Before the mass shooting, Nikolas Cruz, 19, was treated at a mental health clinic.

Zachary has since been released as he was spotted skateboarding in Florida. He allegedly approached Stoneman Douglas on a skateboard when he was arrested in the alleged trespassing incident.

"Nikolas Cruz's brother spotted skateboarding in #Florida" – Don't try and and make bad press on #ZacharyCruz; he has nothing to do with shootings ?https://t.co/rGYmnzW4Y0

On February 25, 2018, UK Daily Mail reported that a new Facebook page in Zachary Cruz’s name led some to believe he had broken his silence. “Appreciate all the positive messages ?” the lone post on the page read. The profile picture for the page shows two young boys.

“I don’t want to be alive. I don’t want to deal with this stuff,” Zachary is alleged to have said after news about his brother broke, according to The Palm Beach Post. 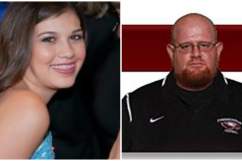 2. Zachary & Nikolas Cruz Were Adopted Together at Birth by a Florida Couple

Legacy.comNikolas Cruz is held by his mother, Lynda Cruz, in a photo from her obituary

Zachary and Nikolas Cruz are biological brothers. Both brothers were “adopted at birth by an older couple,” Lynda and Roger Cruz. Lynda Cruz died at age 68 in November 2017 from pneumonia. According to The Palm Beach Post, Roger Cruz died 13 years ago.

Roger Cruz died from a heart attack, according to The Washington Post. The couple moved to Florida from New York, and Lynda Cruz was a homemaker while Roger worked in advertising, The Miami Herald reports. Roger and Lynda were from Long Island originally.

After Roger died, Lynda focused on the boys, their aunt, Barbara Kumbatovic said. “She devoted a lot to their activities,” Kumbatovich told Newsday. “She had concerns that they weren’t getting the right treatment. The younger son seemed to adjust better.”

Lynda died from complications of the flu. 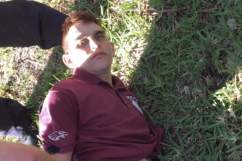 According to The Washington Post, the brothers do not share both parents. “Cruz was adopted at age 2 along with his 2-month-old brother, Zachary…Nikolas and Zachary shared a biological mother but have different fathers,” The Post reported.

Accounts say that their adoptive mother, Lynda, was a good parent. “She was a lovely woman. She was a hard-working woman. She made a beautiful home for them. She put a lot of effort and time into their schooling, their recreation, whatever they needed,” Kumbatovic said to The Washington Post. “She was a good parent. And she went over and above, because she needed to compensate for being a single parent.” However, a neighbor said that Nikolas Cruz was close to Lynda and couldn’t handle her untimely death.

Lynda called police multiple times over the years, CNN reported. “The documents include more than 30 reports going back as far as 2011, covering misbehavior by Cruz and some by his younger brother,” the network reported.

Nikolas Cruz directed his anger at Lynda, reports allege, saying he threw chairs, a dog bowl and a drinking glass around the home, and in another he hit his adoptive mother with the plastic hose of a vacuum cleaner.”

According to CNN, Zachary told police he bullied Nikolas and felt guilty after the massacre as a result. Nikolas was described as the favored brother, stoking resentment between them, CNN reported.

4. Zachary was Described as Quieter Than His Older Brother

According to The Washington Post, those who knew the brothers described Zachary as the quiet brother “and content to follow Nikolas’s lead,” whereas Nikolas was “moody, prone to an explosive temper.”

Whereas there are many stories with red flags about Nikolas’ behavior (including disturbing social media posts that appear to show him brandishing guns), residents told The Miami Herald that the same was not true of Zachary, who “was quiet and caused no problems, often skateboarding around the neighborhood.” The family lived in a home worth almost $600,000, according to the newspaper.

Nikolas Cruz was expelled from the Parkland school. However, on the day of the carnage, he took an Uber to the school, strolled inside, and opened fire on several floor, authorities alleged in court documents. He pulled a fire alarm and tossed smoke grenades, killing staff and students.

When the boys’ adoptive mother died, only Nikolas, Zachary and two other people, according to CNN.

Nikolaus Cruz was accused of putting a gun to his brother’s head in the past.

5. The Brothers Lived in a Mobile Home Before Nikolas Cruz Left

After Lynda Cruz died, Cruz and Zachary “lived with a family friend in Palm Beach County but Cruz was said to be unhappy,” according to the Independent. After their mother died, the brothers moved into Rocxanne Deschamps’ mobile home in Lantana in November.

Nikolas Cruz then moved in with the family of a friend in Pompano Beach. Deschamps “told him he couldn’t have his gun inside her house,” reports UK Daily Mail. Deschamps wrote on Facebook: “He bought a gun and wanted to bring it into my house.”

According to The New York Post, “Deschamps was the one who had Zachary involuntarily committed” and she has filed a petition seeking to be in charge of the inheritance of both Cruz brothers.

The Pompano Beach family let him keep the gun in a locked cabinet although he had the key, their lawyer said.