A 41-year-old man has been arrested on murder charges after police say the bodies of two missing Utah teens, Riley Powell and Brelynne “Breezy” Otteson, who disappeared in late December, were found inside an abandoned mine.

Police say Jarrod Baum fatally stabbed the young pair and dumped their remains inside the mine near Eureka. Baum’s girlfriend, Morgan Henderson, who police say led them to the teens’ bodies, was arrested on a second-degree felony obstruction of justice charge.

On March 27, Baum was arrested and booked into Utah County Jail on multiple charges, including felony aggravated kidnapping and two felony charges of aggravated murder.

Authorities tracked down Powell’s vehicle and had reason to believe it was intentionally abandoned in order to “give an illusion” that the couple was stranded, according to an affidavit, which stated foul play was suspected. They were reported missing on January 2.

The bodies were positively identified as being that of Powell, 18, and Otteson, 17, on March 30, officials announced at a press conference. The suspected killer was upset with his girlfriend for having another man, Powell, inside her home, police say. It is not clear why Powell was at Henderson’s home or what their relationship was. Further details about the ongoing investigation have not been released.

The teens’ loved ones told Heavy who two were beautiful souls who strived to be loved and accepted.

1. Baum Was Booked on Multiple Charges, Including Felony Aggravated Murder

Loved ones of the teens have been pleading for justice.

Authorities arrested Baum March 27, and later announced that they believed the bodies of Riley Powell, 18, and Brelynne Otteson, 17, were located, as stated in the press conference below:

Just three days following the grim discovery, the teens’ bodies were positively identified. The police report stated that Baum and Henderson were first contacted by authorities on January 9.

The couple initially said they had not heard from the missing teens, however, a search warrant obtained by officials showed a string of messages between Powell and Henderson on the day the teens went missing.

The nature of the relationship between Powell and Henderson was not revealed at the time of publishing, though Otteson’s aunt told Heavy it appears to have come out of “pure jealousy.” While she heard Powell and the woman may have dated at some point, it isn’t clear if that’s true.

2. Baum Allegedly Congratulated the Couple Believing Brelynne Was Pregnant Before Forcing Her To Watch Her Lover Being Murdered, After Which She Was Also Killed

According to prosecutors, Baum ordered the girl to kneel and watch Powell being beaten and stabbed before she was killed and thrown down an abandoned mine shaft. Baum allegedly murdered the couple just moments after congratulating them because he believed they were expecting a baby, according to court documents.

In March, Henderson allegedly said the shower in the couple’s shared home smelled strongly of bleach, adding that Baum told her not to have male guests over and “it was too bad, because he had never killed anyone innocent before.”

According to KUTV, police arrested Henderson on March 25 during a traffic stop in Sanpete county:

Authorities found an axe in the woman’s car, along with knives, a rifle and ammunition, the station reported. She was arrested just 48 hours before police received information leading them to the discovery of the bodies, however, charges had not been filed related to Henderson’s arrest, KUTV reported.

On March 27, authorities say the woman led them to the teens’ bodies.

Only after the bodies were located did Baum’s girlfriend tell police that the night the teens went missing, she had seen Powell and Otteson tied up in the back of Powell’s Jeep, the police report stated.

Baum then allegedly told Henderson to get into the vehicle. She subsequently told detectives that Baum had used a knife to murder the teens before he dumped their bodies into a mine, according to the police report.

The report said the teens’ bodies were found at Tintic Standard No. 2 mine, with their hands bound behind their backs and multiple stab wounds.

According to police, Henderson said the suspected killer told her that he made Powell suffer, but made Otteson’s death “quick and painless.”

She told authorities that she feels responsible for the tragic deaths after having invited them over and not coming forward with information she knew, according to the police report. On March 30, police arrested her on second-degree obstruction of justice charges.

In a heartbreaking post on the “Justice for Breezy and Riley” Facebook page, family described an absolutely heartbreaking, spine-chilling experience upon seeing Baum for the first time in court. The post reads:

Today the family was able to see Jerrod Baum, in person, for the first time during his first court appearance.

As he entered the court room time stood still. Watching the monster in front of us approach the podium, turning his head around to see who was among the room. Jerrod scanned the room and locked eyes on the family. At that moment, the reality of who we were facing set in. There was their murderer before us. The calloused look on Jerrod’s face appeared to be that of someone with no soul.

Justice for Breezy and Riley has only just begun.

3. His Girlfriend Told Police Baum ‘Didn’t Have Time to Dig a Grave,’ & He Has Been in Trouble With the Law Before, Including for Shooting at Burger King Employees

According to the police report, Baum conveyed to his girlfriend that there wasn’t time to dig a grave for the teens.

She said he had hidden what was believed to be a cell phone inside of a sludge barrel near the home she shared with Baum, police said.

When authorities went to investigate the report, they said they located several destroyed phones inside of the barrel, along with rope, pieces from two knife sheaths, used duct tape, roofing nails, plastic socks and baby wipes.

In addition, a camouflage tie-down strap appearing to be similar to one found in Riley’s Jeep was located.

This isn’t Baum’s first run-in with the law.

According to KUTV, Baum was just 15 when he faced an attempted murder charge after going on a crime spree in 1992.

Police say in that case, the suspect stole a pickup truck, and also a van where he located a .38 caliber handgun in Provo, Utah. He then traveled to Heber City where he stole another vehicle before traveling to Orem, where he used the gun to rob Burger King, where he subsequently fired at two employees after following them to a parking lot.

He ended up accepting a plea deal in that case, and the murder charges were dismissed without prejudice, the media outlet reported. He ended up being incarcerated at the Central Utah Department of Corrections from 1993 until he was granted parole in in 2002.

While he was incarcerated, Baum became one of five inmates who were charged with over 30 felonies stemming from a five-hour riot at the facility, which caused approximately $40,000 in damage.

After being granted parole, the suspect again found himself arrested after attempting to purchase a dangerous weapon, according to deseretnews.com, which ended in his parole being revoked. He was then let out on parole again in 2004, before being sent back to prison on another parole violation. He was released in 2005.

Before the alleged murders of Powell and Otteson took place, Baum had been placed on probation in June 2017 for drugs and gun-related convictions.

Most recently, the murder suspect was arrested January 30 on a firearms charge and booked into Juab County Jail. Afterwards, Baum was transferred to the Utah County Jail on March 28, which is when he became the prime suspect regarding the disappearance of Powell and Otteson, KUTV reported.

Click on the article below to find out more about the teens’ loved ones, and why family members told Heavy they believe Powell and Otteson were “failed by the justice system”:

4. They Were Reported Missing on January 2, Though Police Said the Disappearance Did Not Meet the Criteria of an Amber Alert

Powell, 18, and Otteson, 17, were reported missing January 2 after leaving the town of Tooele about 9:30 a.m. on December 30. The couple was reportedly on their way to Eureka, where they resided. However, the teens never arrived home.

Otteson’s aunt told Heavy that despite intense efforts by loved ones police were not able to constitute the disappearance as an Amber Alert.

“They said it didn’t meet the criteria,” Hunt stated, adding that she was working with two law enforcement agencies including Juab County and Tooele County sheriff’s departments.

At the time she went missing, Otteson was 17, and she would have turned 18 on January 27.

Hunt believes a Facebook page she made to raise awareness of the missing teens is what ultimately brought the support they needed, including getting the attention of police and help for search and rescue efforts.

“In the beginning, it was difficult to get law enforcement to take action in their disappearance,” Hunt told Heavy February 7. “Since then, however, four detectives had been dedicated to the case.” 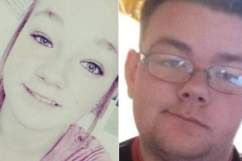 5. The Teens Were Described as Wanting to be Loved, & Family Believes the Justice System ‘Failed’ Them

“Breezy was a feisty one, full of fire and passion, Hunt told Heavy, using Brelynne Otteson’s nickname. “She struggled to find her place in life, though. She just wanted to be loved.”

Shena Draper, who said Powell was “like a son” to her for over eight years, told Heavy that the young man would drop everything to help someone in need. Like Otteson, Powell “always strived to be loved and accepted,” the woman said.

Geri Erickson Sweat, who knew Powell through her son and said he had worked on her land at times “throughout the summers,” reiterated how kind the 18-year-old was known to be.

“He even loaned his truck to someone who didn’t have a ride to work for a few days,” she told Heavy. “It’s just the kind of person he was.”

With everything that has happened, this is the closure we needed to be able to bring them home, but it’s unreal…it’s not the outcome that we wanted. It was just a senseless act, a senseless act of why? He [Baum] was in prison for most of his life, in and out. Now it is about justice for these kids. 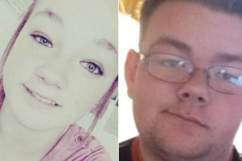 Loading more stories
wpDiscuz
0
0
Would love your thoughts, please comment.x
()
x
| Reply
Jerrod Baum is suspected of murder in the deaths of two teens from Eureka, Utah, who went missing in December and were found dead of stab wounds in an abandoned mine.