A prominent California high school and youth water polo coach who has worked with USA Water Polo has been accused of molesting at least seven girls, including four who were under the age of 15, authorities say.

Bahram Hojreh, 42, of Irvine, was arrested Wednesday on felony charges of lewd act upon a child, sexual penetration of a minor with a foreign object and lewd act upon a child under 14, the Orange County District Attorney’s Office said in a press release. Hojreh was also charged with misdemeanor child annoyance and sexual battery. Hojreh said on social media that he has been a coach for a quarter of a century and has “helped develop multiple Olympians.”

Hojreh “adamantly denies” the accusations and has pleaded not guilty, his attorney, Ricardo Nicol, told the Orange County Register.

The Orange County District Attorney’s Office said in a press release that Bahram Hojreh was working at the International Water Polo Club in Los Alamitos as a club water polo coach when the alleged crimes occurred.

“Between September 2014 and January 2018, the defendant is accused of sexually assaulting seven underage female water polo players during one-on-one coaching sessions, including touching their breasts and genitals, digitally penetrating victims, and coerced them to touch his genital area. Four of the victims were 15 years old or younger,” the prosecutor’s office said.

Two girls, identified as Jane Doe 1 and Jane Doe 2, reported the assaults to their parents, who reported the incidents to Child Protective Services, prosecutors say. The Los Alamitos Police Department then began investigating and identified five additional victims, according to prosecutors.

According to the Orange County Register, the International Water Polo Club was stopped from using the pool at a military base several months ago after police informed base officials that they were investigating allegations involving sexual misconduct against the program’s director. Hojreh was barred from entering the Joint Forces Training Base where the club is housed, the newspaper reports.

Hojreh’s attorney said his client denies the accusations and has no history of improper behavior.

“A guy that has been involved in the sport for 30 years, who has an impeccable reputation, who has been entrusted with hundreds, if not thousands, of kids, he suddenly becomes a serial groper in the pool?” Ricardo Nichol told the OC Register. “Hopefully the truth wins out. But to me, there is something here that is not adding up.” 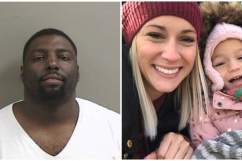 2. Authorities Are Seeking Potential Additional Victims & Are Continuing to Investigate

The case remains open and authorities say there could be other victims. In its press release, the Orange County District Attorney’s Office said that they are seeking potential additional victims.

“The investigation in this case is ongoing. Anyone with additional information or who believes they may have been a victim is encouraged to contact LAPD Detective Delana Lopez at 562-431-2255, ext. 407,” the district attorney’s office said.

“It’s always scary when someone in a position of power is able to manipulate that position or take advantage of it and do something like this,” Orange County Deputy District Attorney Shiba Etemadian told KABC-TV. “There are a number of charges as to each victim and those charges relate to a series of inappropriate touchings, sexual assault-related incidents that did occur. There’s always a potential that there are additional victims, as you can imagine any type of coach has access to a number of different minors.”

3. Hojreh Was Suspended From USA Water Polo & Removed From His Seat on the Organization’s Regional Board in January When the Allegations Were First Made

Hojreh has been involved with USA Water Polo for several years and was a board member for its regional chapter. His affiliation with the organization was suspended in January after the investigation into the accusations began, officials said.

“USA Water Polo has zero tolerance for sexual misconduct,” Christopher Ramsey, a spokesperson for the organization said in a statement. “We first learned of the allegations against Bahram Hojreh from the US Center for SafeSport in January, to which the allegations had been initially reported, and promptly suspended Mr. Hojreh from USAWP membership, including his seat on a regional board. At that time, the Center also noted the suspension on their public database while their investigation into Mr. Hojreh’s conduct continued. The Center was established to respond to allegations such as those made in reference to Mr. Hojreh and we fully support the Center in its efforts and fully cooperate with the Center in enforcing any sanctions that the Center may impose.”

According to His Facebook profile, Hojreh has also worked as an “agent adviser” at “Sports Management, Worldwide,” and as a trainer and assistant coach for the Afghanistan National Water Polo Team. He founded the International Water Polo Club and previously worked at the Los Alamitos Polo Club and with the Olympic Development Program of USA Water Polo, he said on Facebook.

Bahram Hojreh started playing water polo at the age of 6 in Southern California and has been coaching the sport for a little over 20 years. He played for legendary hall of fame college coach Ted Newland at the University of California – Irvine where the Men’s Division 1 NCAA team ranked top 4 nationally each year. With a master’s degree in Kinesiology from the California State University – Long Beach, Bahram has helped develop numerous American men and women Olympians in one way or another through his club, high school, and collegiate programs over the years. Currently Bahram is the President and Executive Director of International Water Polo Club primarily based on Los Alamitos, CA, with a day office job in Irvine, CA, helping manage a computer tech firm.

In 2013, he talked to the Orange County Register about the efforts to get Afghanistan’s water polo team into the Olympics.

“In Afghanistan, where they never had water before? In Afghanistan, a war-torn country? Land locked? … Are you crazy?” Hojreh said. “But it’s a challenge. If it’s too easy, what are you, really?”

4. He Has Coached at Multiple High Schools in Orange County & Was Hired to Coach the Girls Team at Anaheim Union High School Last Year on the ‘Strong Recommendations’ of Parents, the District Says

Along with his work at the International Water Polo Club and with USA Water Polo, Hojreh has coached at multiple high schools in Orange County. He was most recently hired at Anaheim Union High School in August 2017 to coach the school’s girls water polo team, Pat Karlak, a spokesperson for the district, told the Orange County Register.

“He came with strong recommendations from parents,” Karlak told the newspaper, adding that he was fingerprinted and underwent sexual-abuse-prevention training as part of his employment. “This is difficult. It’s a real societal problem that all institutions that work with kids face.”

Karlak said the district is in the process of firing Hojreh and placed him on administrative leave in January.

“Bahram has about twenty-two years of coaching experience and has been involved in the sport of water polo for nearly thirty-two years,” the University High School’s website says. “He has a successful track record for promoting student-athletes and their quest for learning and performance; teaching fundamentals and developing and evaluating talent at the club, all-star, youth, junior, senior, scholastic (high school/college), national and international levels. His true passion lies at the development level from youth to adult.

5. Hojreh, Who Is Free on Bail, Faces More Than 23 Years in Prison & Jail if Convicted of the Charges He Faces

Hojreh was arraigned on April 4 on four counts of lewd act upon a child, four counts of sexual penetration of a minor with a foreign object and one count of lewd act upon a child under 14, all felonies. He was also charged with seven counts of child annoyance and six counts of sexual batter, which are misdemeanor charges. If convicted, Hojreh could be sentenced to a maximum of 13 years and four months in state prison, along with up to 10 years in county jail.

He posted bail and was released after pleading not guilty during his first court appearance. He had been in custody since his arrest on Tuesday, the district attorney’s office said.

Hojreh is next scheduled to appear in court on June 14 for a pre-trial hearing.