Facebook Audrey Rodrigue and her daughter Emily have been missing since Sunday after flying to California to go camping.

Audrey Rodrigue and her daughter Emily flew to California from Canada to camp along the coast, and weren’t heard from again. Authorities are asking for help in locating the mother and daughter, who disappeared last Sunday.

Rodrigue and Emily came to California to camp at various places throughout the state, according to Kron 4. They rented a car at the airport, checked into a hotel in Burlingame, and then checked out at noon on Sunday. They haven’t been located or heard from since.

Here’s what you need to know about the missing pair:

1. The Mother & Daughter Flew to San Francisco & Stayed at a Hotel Last Weekend But Disappeared Sunday

Rodrigue, 29, and Emily, 10, arrived at San Francisco International Airport on Saturday, rented a dark gray 2018 Ford Focus (license no. 8DIN900) and stayed the night at the Vagabond Inn in Burlingame, according to the San Mateo County Sheriff’s Office.

They checked out the following day and were believed to be headed to a hotel at Pigeon Point but never arrived.

Rodrigue sent her boyfriend a text message Sunday, but he was unable to contact her after receiving the text, sheriff’s officials said. He reported the mother and daughter missing on Monday. 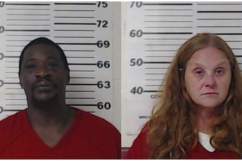 2. Rodrigue & Emily Had a Campsite Reserved for Tuesday & Campers Saw The Two Camping

They had a reservation for the Fish Lake Campground, near Orleans, in Humboldt County for Tuesday night, according to NBC Bay Area News. Park rangers checked the camp area, showed photos of the mother and daughter to other campers and staff, and asked around the area, according to police.

Based on Rodrigue’s Facebook profile, the two enjoyed the outdoors and often did adventurous things together. Pictures show them kayaking, hiking, rock climbing and learning how to surf in a pool together.

A picture of Emily rock climbing is captioned: “This little love of mine,” while several other pictures of Rodrigue’s daughter are captioned with heart emojis and words of love and affection.

Most of the pictures seem to be taken in Montreal, Quebec, where her profile states the two live. Several pictures were also taken in Morocco, on Taghazout beach and near the Atlas Mountains. 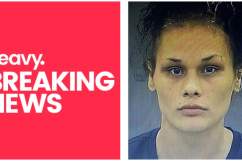 4. Rodrigue is a Fan of Game of Thrones, Harry Potter & Exploring Dietary Changes for Health

Rodrigue’s profile states that she is from Vancouver, British Columbia, and enjoys music. Radiohead, Iron and Wine, and Jared Leto are just a few of many bands she has “liked” on Facebook.

She’s a fan of the TV shows Breaking Bad and Game of Thrones, and has liked several movies, including Juno, Harry Potter and Pineapple Express. She also liked movies promoting dietary changes, including Forks over Knives and Hungry for Change. Forks over Knives explore the possibility of people eliminating cancer and disease from their bodies by going vegan, and Hungry for Change discusses the diet industry’s attempts at keeping people from losing weight and keeping it off.

5. Authorities Are Asking For Help in Finding Rodrigue & Emily

The San Mateo County Sheriff’s Office is asking for the public’s help in finding Audrey and Emily and/or their rental car. Anyone who sees them should call 911 or Detective Fava at 650-363-4192. 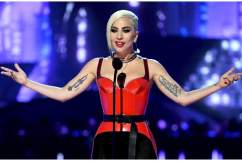 Lady Gaga Posts Nude Photos on Instagram With No Explanation

Loading more stories
wpDiscuz
0
0
Would love your thoughts, please comment.x
()
x
| Reply
Audrey Rodrigue and her daughter Emily flew to California from Canada to camp along the coast, and weren't heard from again. Here's what you need to know.