Craig Lang, a prominent Republican official in Iowa, owns the farm that employed Cristhian Rivera, the Mollie Tibbetts murder suspect whom authorities claim was in the country illegally, according to The Associated Press.

However, complicating matters, Rivera’s attorney claimed in court that his client was working legally in the U.S., according to The Des Moines Register.

Ryan Foley, a reporter for the AP, wrote on Twitter on the evening of August 21, 2018: “Farm owned by family of Craig Lang, prominent Iowa farmer and GOP official, confirms that it has employed suspect in Mollie Tibbetts’ death for the last four years.”

In a story, the Associated Press reported that Cristhian Rivera “worked at a dairy farm owned by the family of a prominent state Republican leader.” A spokesman for Yarrabee Farms said it was owned by Craig Lang and his son, Dane Lang, who dubbed it a “small family farm.”

In a news conference earlier in the day, authorities revealed that Rivera had lived illegally in the United States for four to seven years. “We have confirmed with Homeland Security that…he is an illegal alien,” authorities said, identifying the suspect as Cristhian Behana Rivera, 24, who resided in rural Poweshiek County, Iowa. He was charged with first-degree murder. Authorities painted a horrific scene, accusing Rivera of running after Tibbetts as the college student was jogging before abducting and then murdering her. There is an ICE immigration hold on the suspect.

The suspect’s immigration status has made the murder case an immediate flashpoint in the nation’s immigration debates, with President Donald Trump bringing the case up at a rally on August 21, 2018. The White House also released a statement.

The loss of Mollie Tibbetts is a devastating reminder that we must urgently fix our broken immigration laws. pic.twitter.com/0Kaz0FQw36

Tibbetts vanished on July 18, 2018 while dog sitting at a home in Brooklyn, Iowa; her body was discovered in a cornfield in rural Poweshiek County on August 21, and authorities announced Rivera’s arrest that same day.

The farm released a statement about the case.

“First and foremost, our thoughts and prayers are with the family and friends of Mollie Tibbetts,” said the statement from Yarrabee Farms. “This is a profoundly sad day for our community. All of us at Yarrabee Farms are shocked to hear that one of our employees was involved and is charged in this case.”

The farm’s statement continued: “This individual has worked at our farms for four years, was vetted through the government’s E-Verify system and was an employee in good standing. On Monday, the authorities visited our farm and talked to our employees. We have cooperated fully with their investigation.”

The statement continued, “Yarrabee Farms follows all laws related to verifying employees are legal to work in the United States, and we regularly seek outside counsel to ensure we stay up -to -date on employment law matters. We keep records on all employees and have shared that information with authorities. We appreciate the hard work of law enforcement officials. We will continue to cooperate with authorities as the investigation moves forward.”

According to the government’s website, E-Verify “is a web-based system that allows enrolled employers to confirm the eligibility of their employees to work in the United States. E-Verify employers verify the identity and employment eligibility of newly hired employees by electronically matching information provided by employees on the Form I-9, Employment Eligibility Verification, against records available to the Social Security Administration (SSA) and the Department of Homeland Security (DHS).”

The site continues, “E-Verify is a voluntary program. However, employers with federal contracts or subcontracts that contain the Federal Acquisition Regulation (FAR) E-Verify clause are required to enroll in E-Verify as a condition of federal contracting. Employers may also be required to participate in E-Verify if their states have legislation mandating the use of E-Verify, such as a condition of business licensing. Finally, in some instances employers may be required to participate in E-Verify as a result of a legal ruling.”

It’s not clear how Rivera would have passed an E-Verify submission since authorities now say he was in the country illegally.

However, according to The Des Moines Register, the day after that statement, “officials from the farm acknowledged they did not use the E-Verify system and that Rivera gave them false information.” Federal authorities then told USA Today that there was “no record in our systems indicating he (Rivera) has any lawful immigration status.”

The company now says that Rivera may have given them a false name so they can’t be sure whether he was legally in the country after all. They said he presented a social security card and state issued photo ID card but that they earned the “employee was not who he said he was. And just within the last four hours, we have come to learn the SSN verification service is not the same as E-verify.”

Here’s Rivera’s lawyer’s request for a gag order in the case: 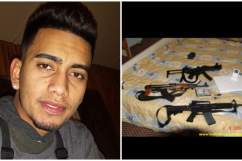 Craig Lang has held many prominent positions in the community, serving as president of both the Iowa Farm Bureau and Iowa Board of Regents, according to AP. The Regents run the state’s public universities. He ran for agriculture secretary but lost a GOP primary in spring 2018, AP reported.

According to Oskaloosa.com, Craig Lang is a fifth-generation farmer in Poweshiek County, Iowa.

He told the site when running for agriculture secretary that he wanted to focus on economic development as well as soil health and water quality. “I want to have a place where Iowa is a destination, regardless of whether you’re in Lyon County or Lee County,” he said to the news site. “I want a destination and I want an opportunity for young people to work in the state.”

According to the Gazette, Lang “served as president of the Iowa Farm Bureau Federation from 2001 to 2011.” The site reported that Lang wanted to “bring together diverse groups to bolster Iowa’s agriculture sector.” According to the Iowa Republican, Lang “wants to spark a statewide conversation about diversity in agriculture, rather than relying primarily on corn and soybean production.”

A website bio on Dane Lang, Craig’s son, reports, “He owns and operates Yarrabee Farms alongside three generations of Lang family members, including his grandfather, father, uncle and brother.”

Craig Lang, in June, expressed concern about the impact tariffs would have on Iowan farmers as a result of a President Donald Trump trade war with China.

According to the Gazette, in 2013, Lang failed to win confirmation from the state Senate to the Board of Regents because of Democratic concerns over the Board of Regents’ “handling of the ill-fated Harkin Institute at Iowa State University during a time when he led the nine-member panel.”

However, by 2011, Lang was president of the Regents. His Regents bio says, “Since July 2011, Craig Lang, Brooklyn, Iowa, has served as president of the Iowa Board of Regents, the group that oversees the state’s public universities.”

The biography adds, “He also is president and CEO of The Prairie Strategy Group, a company that identifies and solves complex challenges in food production, policy and logistics. And in partnership with his father and brother, Lang runs a large dairy operation.”

According to the bio, “Lang was one of the longest serving leaders of both the Iowa Farm Bureau Federation, where he served as president for a ten-year period from 2001 through 2011, and the FBL Financial Group, where he served as chairman of the board for a concurrent term. He also was chairman of the Grow Iowa Values Fund and, under Iowa Gov. Tom Vilsack, vice chair of the Iowa Economic Development Board.” 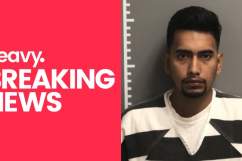