Jeremy Kappell, the former chief meteorologist at WHEC-TV in Rochester, New York, is looking into legal options after he was fired for allegedly using a racial slur on-air. He has apologized and said he stumbled over his words.

The incident happened on January 4, 2019. Kappell was speaking over a shot of Martin Luther King Jr. Memorial Park. In the clip shared to Facebook, which has since gone viral, you can hear Kappell say “Martin Luther Coon King Jr. Park.” That video is embedded below.

Kappell’s firing was announced January 7, one day after the mayor of Rochester called for him to be terminated. The TV station said in a statement that Kappell was fired after an internal investigation was conducted.

1. The General Manager of WHEC: It Is ‘Inexcusable” That the Wording Was Not Caught & Addressed Immediately

The General Manager of WHEC-TV, Richard A. Reingold, issued a statement on the station’s website. He apologized for the use of the word “coon” during the broadcast and said that the mistake should have been addressed immediately on-air. Here is the statement in full:

“On behalf of News10NBC, I apologize for our broadcast of a racial slur in a reference to Martin Luther King, Jr. Park during our Friday evening broadcast (1/4/19). Upon learning of the incident, News10NBC leadership immediately initiated an internal investigation and internal discussion, and by Sunday had made a staffing change.

As a result of that broadcast, meteorologist Jeremy Kappell is no longer with News10NBC. We believe strongly in holding our reporters and anchors to the highest standard. We are proud of our dedicated newsroom professionals, and expect and require that each respects and understands that their behavior reflects directly on the station for which they work and the community we serve.

These words have no place on News10NBC’s air, and the fact that we broadcast them disheartens and disgusts me; that it was not caught immediately is inexcusable. I regret that we did not immediately interrupt our broadcast and apologize on the spot.

Our Friday broadcast does not represent the values of News10NBC, its hardworking staff, or the great people of Rochester. Dr. Martin Luther King, Jr. is one of America’s greatest heroes – for whom I, and all of us at News10NBC, have the utmost respect. I am terribly sorry to all of our viewers. We are redoubling our efforts to ensure that this never happens again.”

The TV station also included the letter that was sent on behalf of Rochester Mayor Lovely Warren, Council President Loretta Scott, and the Rochester City Council.

“It is wrong, hurtful and infuriating that WHEC Channel 10 broadcast a racial slur in reference to Dr. Martin Luther King, Jr. during its Friday News broadcast. It is beyond unacceptable that this occurred. There must be real consequences for the news personality involved and also for the management team that failed to immediately apologize and address the slur.

The individual responsible for the slur should no longer be employed at Channel 10. But, there is a larger issue here. An issue that is exemplified by the response of management at Channel 10. It took the station nearly two days to apologize, and only after the station was shamed into doing so by a backlash on social media. This incident, along with the very recent news article containing a racially-charged accusation calling an African-American judge a “Carpetbagger,” demonstrates the need for greater cultural sensitivity and competency within the local media.

While referring to African Americans in racially derogatory, insensitive and vulgar language needs to be addressed immediately, there are other issues at play as well that feed into this cultural ignorance. Promotional videos and other productions from local media often do not reflect the diversity of our community.”

In response to the support shown for Kappell, WHEC-TV is standing behind its decision to terminate him. The company issued another statement on January 8, which reads in part, “We believe we have done what is right for our station and our community, and will continue to take a strong stand for our personal and professional values.”

2. Jeremy Kappell Issued a Video Apology to Facebook, Stressing That He ‘Jumbled’ His Words & Never Meant to Use a Racial Slur

Jeremy Kappell and his wife posted a video message to Facebook on January 7 to address the controversy. He began by thanking people who had reached out on social media to support him.

Kappell strongly reiterated that he had made a mistake on the air. He explained that he is known for speaking quickly and that he sometimes jumbles his words. “It’s a simple misunderstanding. If you watch me regularly, you know that I tend to contain a lot of information in my weathercasts, which forces me to speak fast. And unfortunately I spoke a little too fast when I was referencing Dr. Martin Luther King Jr, so fast to the point where I jumbled a couple of words. Now, in my mind I knew that I had mispronounced, but there was no malice… I had no idea the way it came across to many people. As soon as I started mispronouncing, I put an emphasis on ‘King’ and moved on. Had no idea what some people could have interpreted that as. And I know that some people did interpret that the wrong way.”

Kappell repeated that he had not meant to say the racial slur, and apologized profusely for offending or hurting anyone for the slip. “That was not a word that I said, I promise you that. If you did feel, if it hurt you in any way, I sincerely apologize. I would never want to tarnish the reputation of such a great man as Dr. Martin Luther King Jr, one of the greatest civic leaders of all time. He changed the world forever and he changed the world for the better. I would never do that.” The video is embedded above; you can also watch it in full here.

3. Kappell Cited an Example of an ESPN Anchor Who Kept His Job After Making the Same Mistake Live On-Air

Yep, just like Mike Greensburg of ESPN. And like Mike, I feel terrible for ANYONE who may have been offended by my unintentional bubbling… https://t.co/iPo2NkYbeq https://t.co/0DM1cgtsTZ

Kappell took to Twitter to stress that he was not the first person to stumble in his delivery. He has repeatedly cited an incident from January of 2010, in which ESPN radio show host Mike Greenberg also said “Martin Luther coon” live on the air.

Greenberg realized what he had said immediately, corrected himself and moved on with the show. Greenberg later issued a statement that read in part: “I’m sorry that my talking too fast — and slurring my words — might have given people who don’t know our show the wrong impression about us, and about me. I feel horrible about that, because nothing could be further away from who I am and what our show is about. I would never say anything like that, not in public, or in private, or in the silence of my own mind, and neither would anyone associated with our show, and I’m very sorry that my stumble this morning gave so many people the opposite impression.”

Greenberg’s on-air slip prompted the same debate as Kappell’s case. Critics did not believe it had been a mistake, while others insisted that the reaction was overblown. In that case, Greenberg kept his job.

4. Kappell Has Received a Lot of Support on Social Media & Confirmed in a Response That He is Looking Into Legal Options Following His Termination

It's on the table.

Jeremy Kappell added in his video apology that he was “extremely disappointed” to have not received support from his employers. He did not share any details about any conversations that may have taken place with the TV station prior to his termination, but repeated that he would never use a racial slur and that people who know him already know that.

Kappell has received a lot of support on social media in the aftermath. In one thread on Twitter, a commenter suggested that Kappell file a lawsuit. Kappell responded,”It’s on the table.”

I think @JeremyKappell made an unfortunate flub and should be given the chance to apologize on @news10nbc Anyone who has done live tv and screwed up (google any number of ones I’ve done) understands.

One of the most high profile people standing behind Kappell is TODAY show weather forecaster Al Roker. He wrote on Twitter on January 9: “I think @JeremyKappell made an unfortunate flub and should be given the chance to apologize on @news10nbc Anyone who has done live tv and screwed up (google any number of ones I’ve done) understands.”

Statements of support for Kappell on social media include:

He didn't ADD a word. What happened is pretty damn clear to anybody with common sense. Martin Luther King, Jr….. He he conflated "King" and "Jr", making it sound like "coon". King + June = K-une. He immediately stopped himself and made correction. Man wrongly convicted here.

“He didn’t ADD a word. What happened is pretty damn clear to anybody with common sense. Martin Luther King, Jr….. He he conflated “King” and “Jr”, making it sound like “coon”. King + June = K-une. He immediately stopped himself and made correction. Man wrongly convicted here.”

I'm so sorry this happened to you! I'm black and there is a lot of racist nonsense going on in our country right now, but this ain't it. It was clearly a fumbling of words and being tongue tied. Talking a bit too fast and combinging "King" with "Jr". Do not give up!!!

“I’m so sorry this happened to you! I’m black and there is a lot of racist nonsense going on in our country right now, but this ain’t it. It was clearly a fumbling of words and being tongue tied. Talking a bit too fast and combinging “King” with “Jr”. Do not give up!!!”

Anyone who knows @JeremyKappell knows he regularly mumbles, screws up, speaks too quickly. Just like the rest of us. He literally corrected himself as it happened. Firing him was beyond over-reaching. WTF. This is blowing my mind.https://t.co/ATaIHnLnkv

“Anyone who knows @JeremyKappell knows he regularly mumbles, screws up, speaks too quickly. Just like the rest of us. He literally corrected himself as it happened. Firing him was beyond over-reaching. WTF. This is blowing my mind.”

Here are a couple of examples of critics who feel that Kappell said it intentionally:

Omg I can’t believe he said that! ? That was not a mistake. He said coon loud and clear. He thought the viewers were stupid enough not to catch it!

“Omg I can’t believe he said that! ? That was not a mistake. He said coon loud and clear. He thought the viewers were stupid enough not to catch it!”

There was no tongue tied. Let's not try to rewrite the narrative. What was said was racist and willful. Point blank

“There was no tongue tied. Let’s not try to rewrite the narrative. What was said was racist and willful. Point blank.”

A petition launched on Change.org calling for Kappell to be given his job back has reached more than 45,000 signatures.

5. Kappell Has Been a Meteorologist For 20 Years

Happy Weekend Folks! After peaking out at 51° earlier today, it's all downhill from here. When to expect that raw January feel with lake effect snow in tonight's #WxLIVEat945… https://t.co/wUt04y7tfJ #ROC @news10nbc pic.twitter.com/zobMV5yAoV

Jeremy Kappell has been working as an on-air meteorologist for two decades. According to his Linkedin profile, he graduated from Purdue University in 1999 with a bachelor’s degree in atmospheric science. He went on to intern for WLKY-TV in Lousiville, Kentucky, after graduating college.

Kappell’s career has included stints working in Abilene, Texas; Jackson, Mississippi; Topeka, Kansas; Evansville, Illinois and Nashville, Tennessee. He returned to Lousiville in 2011 to work for WDRB-TV, where he stayed for six years. Kappell made the move to Rochester in October 2017 to be the chief meteorologist at WHEC-TV.

Kappell is married with two children. 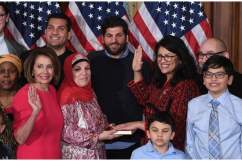