George Floyd’s son, Quincy Mason, knelt at the site of his father’s murder on Wednesday afternoon. The occasion marked one of only a few moments where he has spoken out publicly about his father’s death, and he took the time to speak to a large crowd that gathered during his visit.

Quincy said that he was appreciative for the “support and love” he’d experienced since his father died on May 25. He went on, “no man or woman should be without their father…and we want justice for what’s going on right now.”

Quincy was joined by civil rights attorney Ben Crump during his visit. Crump is representing the Floyd family.

”It’s so emotional,” Quincy said of the last few weeks. “I just want to thank [everyone who has protested] for supporting my family.” When asked what he wanted to see happen, he said, “We need change. This can’t happen to anyone else.”

Quincy Mason Floyd & His Father Were Estranged, He Says

In an interview withWLWT, a local news affiliate in Texas, Quincy said he and his father hadn’t talked for “four or five years” at the time of Floyd’s death. Though the family’s lawyer has said Quincy heard about his father’s death through family, Quincy implied that he had seen the video before the news. He said to WLWT, “I didn’t recognize who it was [in the video] until mom called and told me. She said, ‘Do you know who that guy was?’ I said no. She said, ‘That’s your father.'”

Quincy and his sister, Connie Mason, moved with their mother to Bryan, Texas over 15 years ago. Quincy told WLWT that people in his community were initially shocked that he had any connection to the global news story, and that they asked him for proof that it was his father who had been killed. He said, “I said, ‘yeah, I got proof. Look at my face, and then look at his face.’” 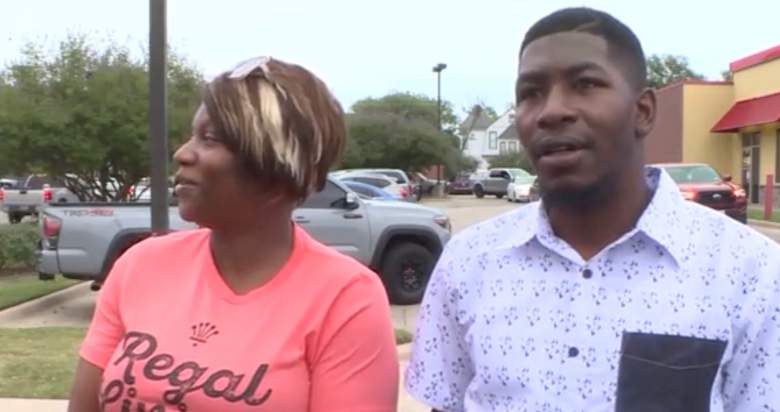 While speaking with WLWT, Quincy and his sister Connie encouraged people to avoid any violence when protesting their father’s death. Connie said, “The violence is just not the right way to do it,” she said. Then, in reference to a peaceful protest they were attending, she said, “This is the way to do it. But the violence? It won’t solve nothing.”

Quincy added, “When you’re tearing up things, it’s not going to solve anything. My dad is in peace, we have to be the ones to deal with all this stress. It’s going to be tough to get over this… day by day.”