Campbell County Police Lori Wickelhaus, who starred on MTV's '16 Pregnant,' has been charged with 20 counts of child pornography charges.

A former 16 & Pregnant star is in some legal trouble. According to Fox 19, Lori Wickelhaus has been indicted on 20 counts of possessing or viewing matter portraying a sexual performance by a minor. The Campbell County Police in Kentucky have been searching her electronic devices since March. Wickelhaus, 28, was indicted on August 13, 2020.  She has since been released on $10,000 bond, Local 12 reported. No details have been released regarding what exactly was found on her computer and cell phone. Wickelhaus is due back in Campbell County Court on September 8, 2020.

On Season 2 of 16 & Pregnant, Wickelhaus’ episode focused on her going through the adoption process for her child during her junior year of high school. On her episode, she welcomed her son Aidan Elliot Benson with her then-boyfriend Cory Haskett in 2009. According to People, she chose to do an open adoption and kept in contact with the family that adopted Aidan. Wickelhaus, who was also adopted, said the decision was difficult but after the adoption ceremony, she felt good about her decision.

“I felt an unbreakable bond,” she told People. “Leaving him wasn’t hard, because I knew it wouldn’t be forever.”

The article said that the Kentucky native had plans to attend Cincinnati State University.

She later had two children with her ex-fiance Joey Amos, Rylynn Jo Amos in 2013 according to Hollywood Life, and her son Logan in 2014, according to Fandom.

Wickelhaus Has Been Arrested Before 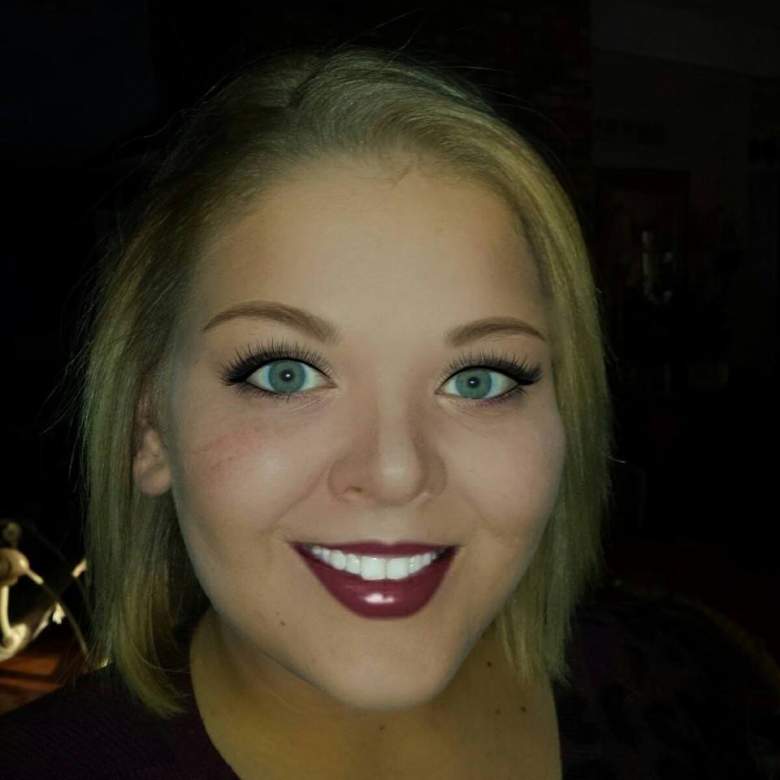 This isn’t the first time the former reality star has been arrested. In Touch Weekly reported that she was arrested in 2018 and charged with “theft by deception, including bad checks and failure to appear” in court. She was arrested that same week for failing to appear in court on those charges.

Wickelhaus Was on a “Downward Spiral” After Her Son Was Adopted

In 2012, Wickelhaus enrolled herself into a transitional program for young adults called Q&A Associates, The Sun reported. In a video interview, she opened up about hitting rock bottom after her first son was adopted.

“Before I got here I was on a downward spiral,” she said in the video above. “I had no dreams, I didn’t have any goals, I didn’t care what happened day to day. I’d wake up and go right back to bed. There was nothing to get up and work for. Now I have everything to work for.”

She also said that she and her mother’s relationship was rocky at the time and that they “couldn’t be in the same house for more than one hour without fighting and arguing.” Wickelhaus said she also had a hard time accepting that her son had been adopted.

“After my pregnancy, I hit a rough spot. I couldn’t really get over that I had done an open adoption with my son. I wasn’t working. I quit going to school. I knew I needed a change.”

While enrolled in the program, she gained a more hopeful outlook on life.

“I see a good career. A family, a nice house and a couple of animals. I really have a big dream for myself so I plan on reaching it.”

READ NEXT: How Was Kayla Mueller Killed?