Roger Dale Nobles Sr. is accused in the North Carolina murder of a Black motorcycle driver, father, and military veteran named Stephen Addison, who, video shows, was in a disagreement with his son at a stoplight.

According to a statement from the Fayetteville Police department, the victim “has been identified as Stephen Addison (B/M, 32) of the 3700 blk of Alson Rd.”

The statement continued: “Roger Dale Nobles (W/M, 51), of the 200 blk of Auburn St, has been charged with First Degree Murder…He was arrested at his home this afternoon and processed into the Cumberland County Jail. He received no bond. Detectives would like to thank the Sheriff Ennis W. Wright: Cumberland County NC and his deputies for their assistance with the arrest of Nobles.”

The district attorney is contemplating a hate crime charge, according to WRAL-TV.

1. Police Say the Driver of a Truck Was ‘in a Disturbance’ With Addison When Nobles Shot Him 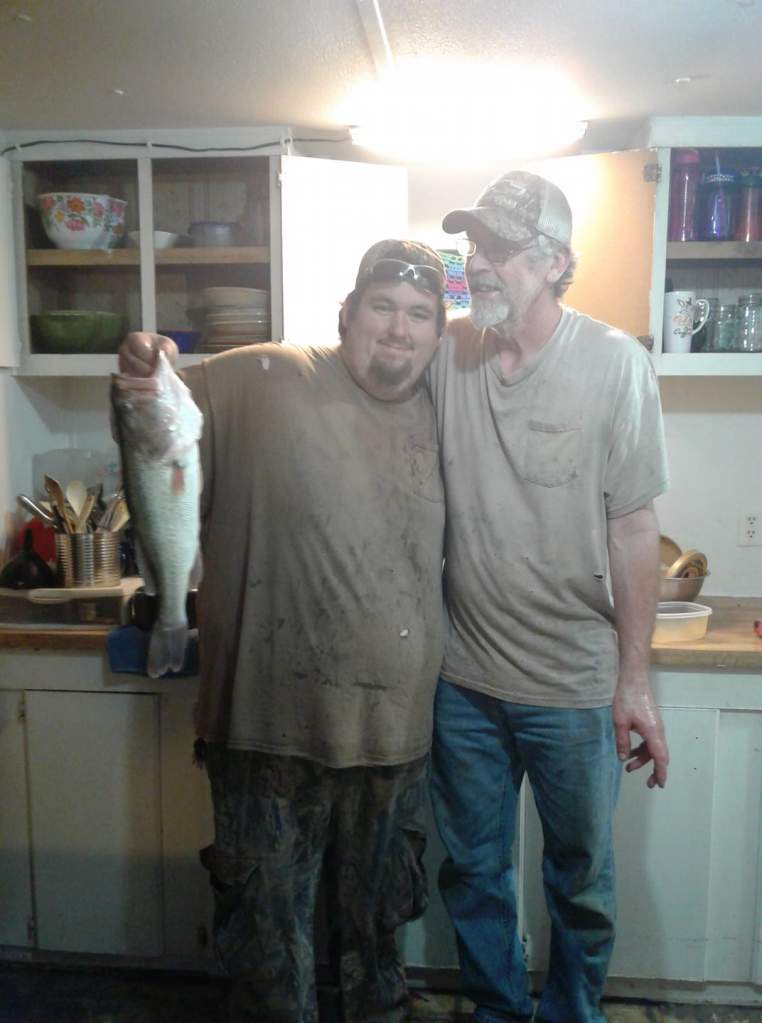 Detectives are “requesting anyone with cellphone or dashcam videos to please contact the detective listed…Detective J. Nevitt at (910) 703-3499 or Crimestoppers at p3tips.com,” police wrote.

On January 3, 2022, at 12:31 pm, #FayPD officers were dispatched to a reported shooting along Skibo Road at Cliffdale Road. Upon arrival, officers located an adult male that had been shot. The preliminary investigation has revealed a driver of a truck was engaged in a disturbance with a driver of a motorcycle resulting in the motorcyclist being shot by the suspect. The suspect fled the scene prior to police arrival. The victim was transported to a local hospital but has succumbed to his injuries; his identification is pending next of kin notification.

It’s not clear what the disturbance was about or how it started. WRAL-TV described the slaying as a “road rage confrontation” and said that Roger Nobles Jr., Nobles’ son, was the truck’s driver. The father-and-son are white, according to the station.

2. Video Emerged From the Scene, Showing Nobles’ Son ‘Argue With Addison’ Before His Father Opened Fire From the Truck With a Shotgun, Reports Allege

WRAL-TV spoke to analysts about a six-second video that emerged from the scene.

You can watch the video here, but be aware that it’s very disturbing. It shows Nobles Jr. approaching Addison when Addison is shot.

The video shows Nobles’ son, Roger Dale Nobles Jr., “get out of the truck and argue with Addison before his father fires a shotgun from the truck’s driver’s seat,” the television station reported.

Anthony Waddy, an analyst with SAV Consulting, told the television station that Nobles Jr.’s “body language shows that he played a key role in the shooting.”

“Where he’s actually standing in reference to, what we call in the military, a fatal funnel,” he said. “He’s clearly out of harm’s way,” Waddy claimed to WRAL-TV.

Waddy told the television station it “appears that Nobles Jr. anticipated the shooting and cleared a path for his father to fire shots.” But a defense attorney told the station that it probably wasn’t enough to charge the son unless it could be proven he knew his father was going to shoot Addison.

Summer Hemphill wrote on Facebook, sharing the above photos: “This is STEPHEN ADDISON. A Veteran, Father, Husband & a VICTIM. My nieces & nephew will no longer be able to hug, learn from, or hear their father’s voice for the rest of their lives💔 My sister has to raise their kids without her husband! Lord give our family the strength🙏🏽”

She also wrote, “My nephew, nieces & my big sis need all the love, strength & prayers. His kids adored & looked up to him. He was taken wayyyy too soon & UNJUSTLY! 🥺🙏🏽♥️”

Benjamin Smith wrote on Facebook, “Man it’s with a heavy heart that I got to say goodbye to one of my closest friends. My little brother from another mother Stephen addison a.k.a. tray pound! He was shot and killed in Fayetteville, North Carolina in a road rage incident by a racist coward in 2022!!!! 😮‍💨😖😡 your legacy and life will live on!!! Rest well lil bro!!!”

4. Roger Dale Nobles Jr., Who Has a Confederate Flag as His Cover Photo on Facebook, Has Not Been Charged; a Neighbor Accused the Father of Using a Racial Slur Against Her 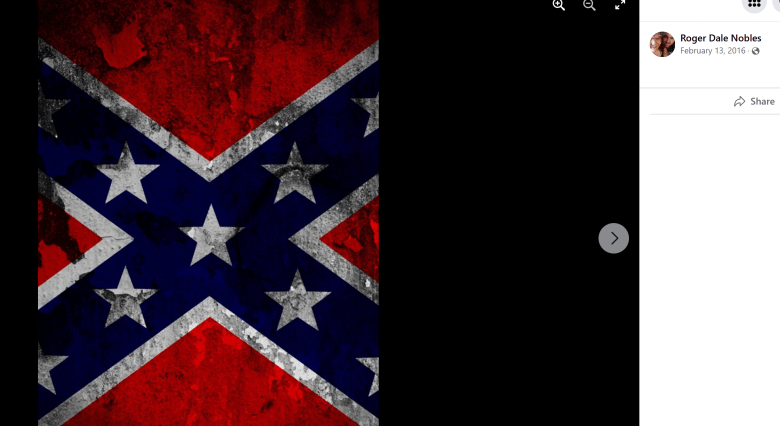 A neighbor, Shahara Chance, told WRAL News that “she’s had problems with Nobles for years, and that he has used a racial slur against her,” referring to the father.

“He done drove in my yard and took pictures of me on my porch. He’s shot his gun in the air telling me to turn my music down. I done been through hell with this man,” Chance said to the station.

On Facebook, Roger Dale Nobles Jr. has a confederate flag as his cover photo. His profile picture says, “I stand for the flag. I kneel at the cross.” 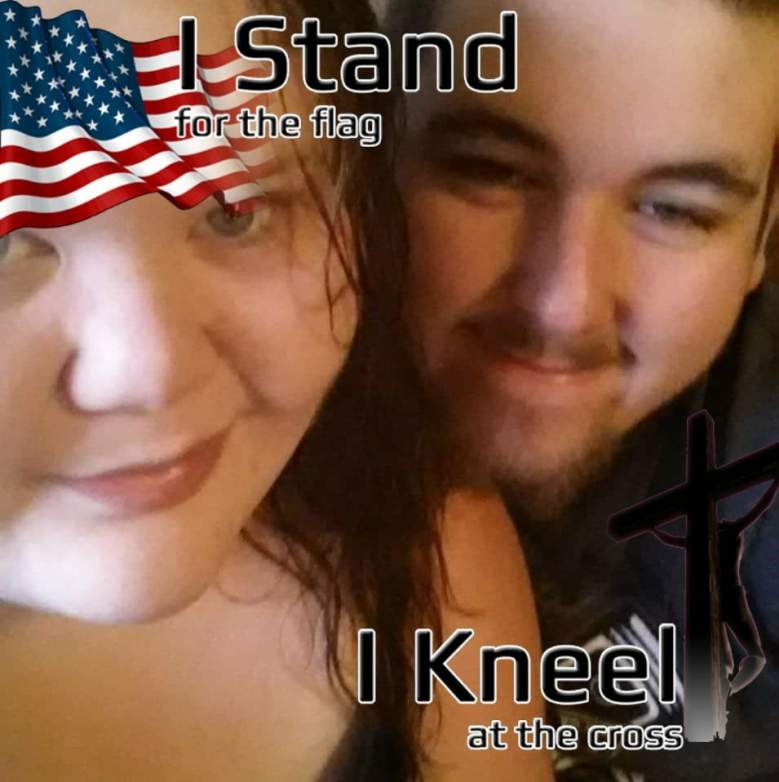 He posted memes about “Hillbilly Tupperware.”

In August, 2021, “I don’t understand the mindset of the people today!! I wasn’t stupid or selfish when I didn’t get a flu shot, nor did you care. The flu is contagious. As a matter of fact it can be deadly. You didn’t care or even ask if i had my polio shot, that’s deadly too. Did you care if I was vaccinated against measles? You didn’t even know. What about HIV? Have you ever slept with someone without protection? You didn’t care then. How do you know if I’ve ever had the chicken pox vaccine?…”

“To those who say Trump divided this country, you’re right. He divided common sense and good, from stupidity and evil,” he wrote with a graphic of Trump.

He’s posted against masks and lockdowns.

He wrote of his dad three years ago, “I want to wish a very special happy birthday to my dad he’s always been there for me and he always will happy Birthday Dad hope you have a great day. Another graphic read, “The problem isn’t guns. It’s hearts without God and Homes without discipline.”

Justina Hemphill, Addison’s wife, told CBS17: “I just pinch myself hoping I’ll wake up from this bad dream,” she said.

He has several children, including one who is only 3-years-old, the television station reported.

“He has kids here now who have to go the rest of their lives without their dad. All we have left is the memories and the pictures. That’s it,” his wife said to the station.

Loading more stories
wpDiscuz
0
0
Would love your thoughts, please comment.x
()
x
| Reply
Roger Dale Nobles Sr. is accused in the murder of a Black motorcycle driver named Stephen Addison who was in a disturbance with his son Roger Nobles Jr.