Tulsa PD The scene outside St. Francis Hospital, where four victims died in a mass shooting in Tulsa, Oklahoma, on June 1.

Four victims and the suspect are dead in a mass shooting at St. Francis Hospital in Tulsa, Oklahoma.

In a June 2, 2022, press conference, Tulsa police named the suspect as Michael Louis. They say he targeted and killed Dr. Preston Phillips, who had recently performed back surgery on Louis. Louis left a letter indicating he committed the mass shooting because he was upset about ongoing back pain from that surgery.

The other victims were named as receptionist Amanda Glenn, patient William Love, and Dr. Stephanie Husen. Learn more about Louis, 45, of Muskogee, here.

Love was shot while trying to save other victims, police said. 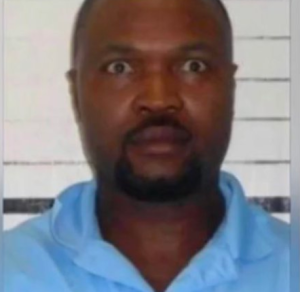 “UPDATE — we now have 5 dead, including the shooter, in the active shooter situation at the Natalie Building on the St. Francis Hospital Campus,” Tulsa police tweeted. Initially, police had said that four people were deceased.

Eric Dalgleish, deputy chief of the Tulsa Police Department, said in a news conference that the shooting was limited to the second floor. He said no officers were injured.

1. The Suspect Died at the Scene, Police Say

Tulsa police wrote in a statement on Twitter, “Earlier this afternoon, we responded to a call about a man armed with a rifle at the Natalie Building at St. Francis Hospital. This turned into an active shooter situation.”

Police confirmed that the “shooter is dead.” They wrote, “Officers are currently going through every room in the building checking for additional threats. We know there are multiple injuries and potentially multiple casualties.”

Police said they believe the shooter died of a self-inflicted gunshot wound. They reiterated that at the June 2, 2022, news conference, saying he shot himself seconds after officers announced their presence.

2. The Suspect Was Armed With a Rifle & Handgun

The suspect was a Black male, estimated age 35 to 40. He had a handgun and a rifle, according to police. Police said in the news conference that Louis purchased the rifle, an AR-15, just hours before the shooting after calling to complain again about his back pain.

Dalgleish said the active shooter call came in at 4:52 p.m. Officers arrived at the location in three minutes. They made contact with victims and the suspect at 5:01 p.m. Both of the shooter’s weapons were fired at the scene.

The officers heard shots in the building, directing them to the second floor, according to Dalgleish.

“There is an orthopedic center, an orthopedic office, there, but I’m unaware if that occupies the whole floor, or if there are other offices on the floor,” he said. He added that this office was “at least part of the scene.”

3. Another Police Force Was Notified of a ‘Possible Bomb Inside a Residence’

The Muskogee Police Department wrote on Facebook that it was notified of a possible bomb inside a home.

“We have been notified by Tulsa PD of a possible bomb inside a residence located at Park Place North. We are asking residence in that area to shelter in place at this time and we will be coming door to door to make contact with you,” they posted on Facebook on Wednesday evening.

Police asked people to “avoid the Country Club area at this time as it is a very active scene.”

KTUL-TV reported that the residence in question was at 3325 Park Place North in Muskogee.

The victims could be a combination of employees and visitors, police said, adding that they do not believe the suspect was wearing body armor.

Police said the suspect’s wife, whom they did not name, called police to say he was the shooter. Online records show that a doctor lives at that residence, along with Louis.

Police initially said they aren’t sure yet whether the suspect was specifically targeting someone.

However, according to a now-deleted tweet from Twitter user @sachibub10, scanner traffic indicated the suspect was looking for a specific doctor, Dr. Phillips.

This fact was confirmed by police in the June 2 news conference. Phillips was the target of the suspect, and Louis shot anyone who got in his way, according to the chief.

Mayor G.T. Bynum of Tulsa said in an earlier news conference: “This has been the facility more than any other that has worked to save the lives of people in this city.” He praised “the broad range of first responders today who did not hesitate to respond to this act of violence.”

5. A Survivor Was Found Locked in a Closet

According to police, they went floor-to-floor and office-to-office. They found a witness, described as a potential victim, locked in a closet.

The chief also revealed that authorities rescued a woman who was hiding under a desk at the suspect’s foot. She was not physically wounded.

READ NEXT: Kaitlin Armstrong: Texas Woman Sought in Murder of Pro Cyclist Who Had Dated Her Boyfriend

Loading more stories
wpDiscuz
0
0
Would love your thoughts, please comment.x
()
x
| Reply
Four victims and the suspect are dead in the mass shooting at St. Francis Hospital in Tulsa, Oklahoma.