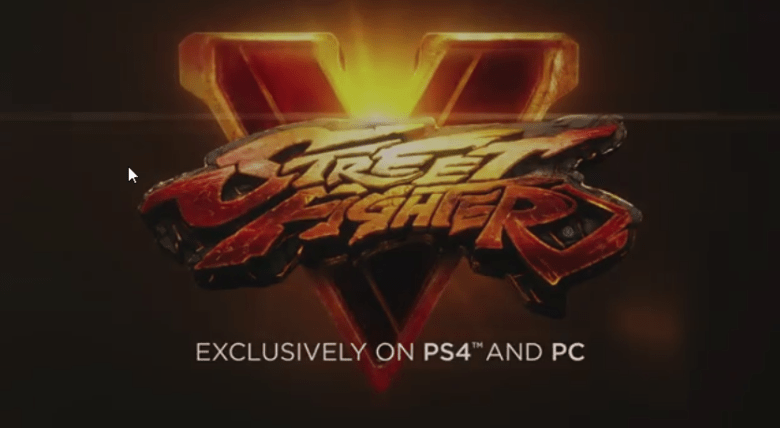 We’re all excited about the newly leaked and soon to be announced Street Fighter V. Hell, we’ve all begun to grow weary of the Super Ultra Street Fighter IV Turbo Amazing editions. While we don’t know hardly a thing about Street Fighter V just yet, we do know that it will be a PC and PS4 console exclusive. And, I’d like to make just a quick note about that.

Didn’t Nintendo basically grow Street Fighter into the franchise it is today? Sure, it all started in an arcade, but if it weren’t for Street Fighter II on the SNES, would this blockbuster fighting game franchise even be discussed today? No, it wouldn’t, which is the reason why I’m a little disappointed that there will be no Street Fighter V Wii U. Not that I blame Capcom for skipping a Wii U version — are there any third party developers that don’t skip the Wii U? — but it’s a little disappointing that the Wii U still isn’t in a position to support third party games. And as far as a Street Fighter V Xbox One version, I’d be really surprised if we don’t actually see one at some point a month or two after the initial release.

And let me also just point out that I have no dog in this fight before the console fanboys start attacking me; I own all three of the consoles being discussed. But, for some reason, I just feel like Capcom allowing the franchise to become a PS4 exclusive is going to hold back Street Fighter V. Also, they debuted the game using a trailer containing Ryu and Chun-Li, two classic Street Fighter characters that have been in every game of the franchise. If they wanted to truly garner some excitement for SFV, shouldn’t they have thrown in some rare or new characters? Because as it stands right now, the only thing really new-looking about Street Fighter V is the fact that it is a PS4 console exclusive. While it likely won’t just be a Street Fighter 4 upgrade, Capcom and PlayStation should have given us something newer for its debut.