As a parent, you really have to be careful out there when buying video games for your kids. Nowadays, there are games with cutesy graphics typically aimed at kids but with brutal, violent gameplay (we’re looking at you, Super Meat Boy and Naughty Bear). But don’t worry — we’re here to help you find the perfect games for kids.

Here are the top 16 best upcoming new games for kids:

Tearaway Unfolded is the upcoming PS4 kids game from Media Molecule, the developers of LittleBigPlanet. Tearaway was an incredibly fun Vita game, and instead of getting a straight up port to the PS4, the game will be entirely different. It’ll use a new control scheme to use the power of the DualShock 4 controller, a better frame rate, and will run at a higher resolution than its predecessor. Your kids will love the color and imaginative world, and if you pre-order Tearaway Unfolded on Amazon, you’ll get custom decorations and a shiny gold leaf headband.

Geometry Wars 3: Dimensions will add 3D gameplay to the franchise for the first time, and will also allow players to go head-to-head against each other. Don’t let the fact that it has the term “War” in its name scare you away. Instead of being a brutal war simulator, GW3 is a simple and fun arcade style game that’s colorful and unique, and your kids will undoubtedly enjoy the frenetic and challenging gameplay it has to offer.

The original Animal Crossing became all the rage among kids ages 6-12 when it released on the 3DS a couple years ago. Now, a similar experience, Animal Crossing: Amiibo Festival, is coming to the Nintendo Wii U. This version will be a party game that uses Nintendo Amiibo.

Trove is a free-to-play PC game that has a similar aesthetic as Minecraft, but it’s set in a massive universe of online worlds. Players can adventure, explore and create in endless realms. Unfortunately, it IS only for PC with no mention of a console version in the works.

Check out more about Trove here.

Paddington: Adventures in London will follow Paddington’s adventure from the Paddington movie, and will include a leveling system to level the bear up to a true English gentleman. The game will take players to several iconic London locations like Buckingham Palace, Royal Geographic Society and more. There are 6 Mini-games contained within as well. Only consider this a potentially good kids game if your child loved the Paddington movie.

Release Date: September 11, 2015
ESRB: E for Everyone
Platforms: Wii U

Instead of simply reusing assets for a new Super Mario game, Nintendo has decided to basically release the tool they use to make new side-scrolling Mario games. Super Mario Maker will allow your kids to create and play the Mario levels only they can dream of, and they can share their creation with friends. They’ll also be able to download the Mario level creations of other players.

Skylanders SuperChargers is the next big Skylanders game, and it will be out just in time to make a great Christmas gift for kids. This new game will allow players to pilot all-new Skylanders in an all-new adventure.

Animal Crossing: Happy Home Designer will be the second new Animal Crossing game this year. It will allow players to design the interior and exterior of hundreds of homes for animal villagers, as well as public facilities like schools and hospitals. The game will encourage creativity for your kids, as they’ll want to design the perfect house for their furry friends. 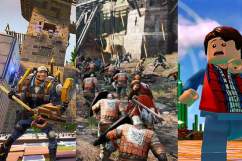 Top 20 Upcoming Multiplayer Games of 2015 & Beyond

LEGO Dimensions is going to allow players to play with LEGO Batman, a LEGO wizard, and LEGO Marty McFly all in one game. Think of it as Disney Infinity but for the LEGO universe. Your children will be able to play with up to seven vehicles and/or gadgets at once. As players grow their LEGO Dimensions toy collection, they’ll have more options for gameplay in the game.

Of course, there’s also a new Disney Infinity version coming this year as well. This year will add Star Wars, Inside Out, Minnie and Mickey Mouse, and Marvel into the mix. That’s right. Your kids will be able to play with Anakin Skywalker and Iron Man in the same video game world. It’s a great year to be alive.

Just when we thought Yoshi couldn’t get any cuter, Nintendo announced a yarn version of our favorite green dinosaur for the upcoming Yoshi’s Woolly World game. The game will use unique mechanics that utilize Yoshi’s new look, and the gameplay looks absolutely incredible. The imaginative world is entirely made of virtual yarn, and it creates many unique opportunities in a video game. 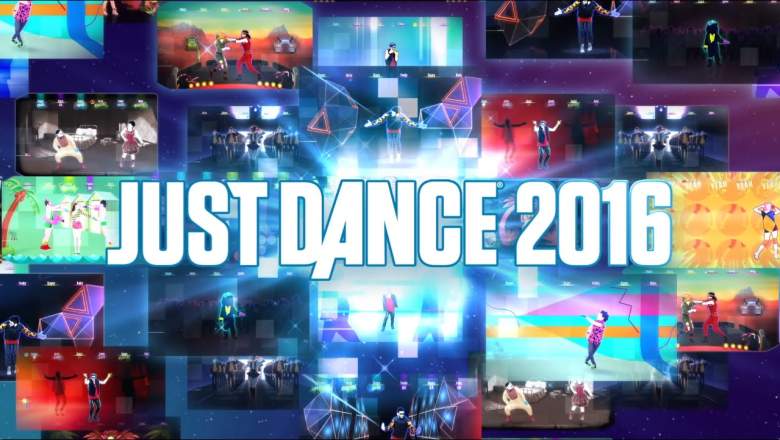 Just Dance 2016 is set to be released in October, and it will bring back the favorite game modes World Dance Floor, Sweat Mode and Karaoke. The game will included the hottest pop hits from Jason Derulo, Lady Gaga, Bruno Mars and more. Just Dance 2016 is a great game to get your kids up and moving off of the couch, and they’ll have fun playing it.

Trackmania has been a secret gem of the PC masterrace for nearly two years now, and now that crazy racing fun is heading to the PS4 and Xbox One with Trackmania Turbo. The game will include a campaign mode that will test the skills of players and challenge them to earn medals on over 200 unique tracks with 5 different difficulty levels. The game also includes 4 environments with 4 different types of gameplay, and will include a track builder (which I’m most excited about). If your kids love racing and crashing, Trackmania Turbo will be the perfect game for them come November 27. 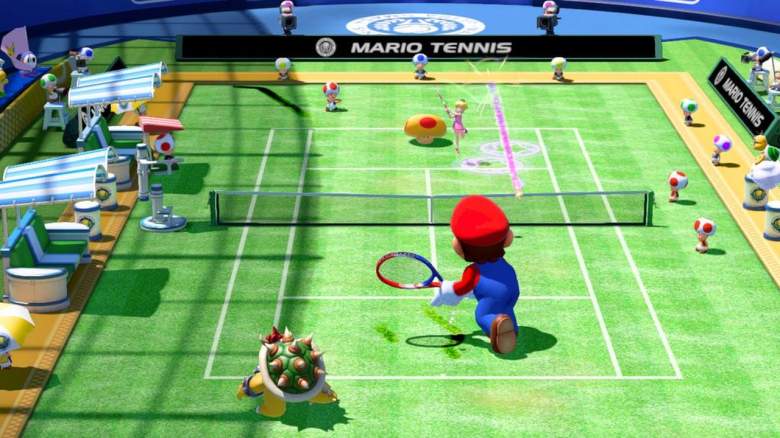 The Mario Tennis franchise will return in 2015 with Mario Tennis: Ultra Smash for the Nintendo Wii U. The game will include a new jumpshot as well as the ability to grow with a Mega Mushroom to play in a Mega Battle. Players will be able to play in both singles and doubles matches as their favorite Mario character.

Read More
3DS, Kids, PS4, Shopping, Upcoming Games, Wii U, Xbox One
wpDiscuz
2
0
Would love your thoughts, please comment.x
()
x
| Reply
A new Mario Tennis, Animal Crossing and Disney Infinity are just a few of the upcoming new games for kids on the way this year.