It’s difficult to get much enjoyment out of Pokémon Go without frequently visiting Poké Stops. These are the real-life locations that players are asked to journey to in order to receive items, such as Poké Balls, Lure Modules, and more. Traditionally, tourist attractions like museums and shopping malls will translate into Poké Stops, but the game doesn’t provide you an overview of all of them.

It also doesn’t provide you an overview of gyms, which are also vital to the games. These are the real-world locations you can go to in order to train your Pokemon and battle other teams. By looking at a gym’s color, you can tell which of the three teams has claimed it, and from there it’s your job to defeat the Pokemon inside and plant your team’s flag on top. (Metaphorically, of course. There is no actual flag.)

Luckily, fans around the world have stepped in and put together their own online directories of Pokestops and gyms so you aren’t wandering around your town aimlessly trying to find them. There are many options to choose from, so we’ve narrowed them all down to four possibilities, ranked in order from most convenient to least convenient. 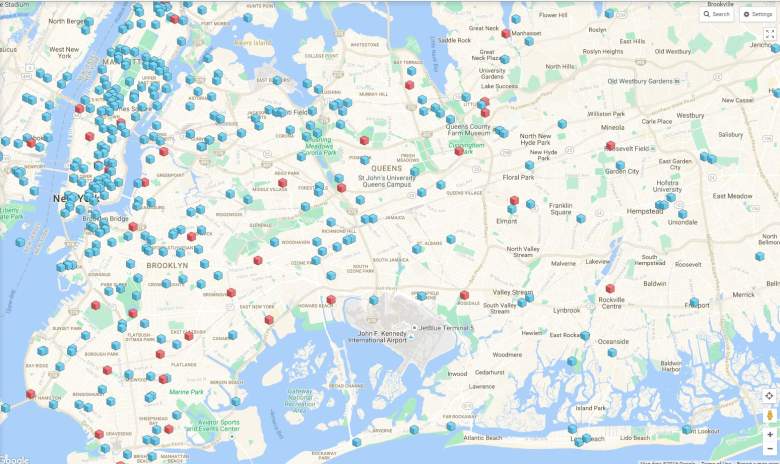 One is a nifty website you can use is just called Pokemon Go Map, and it does exactly what it says on the tin. It does not require any log in, and all you have to do is find your town or city like you might on Google Maps, and then take a look around the area. All Poke Stops are marked in blue, and Pokemon Gyms are marked in red.

You can even click on any of them to get more detail about the place and see a picture of it, in case you don’t recognize it just by the name alone or need help remembering exactly which library the website is referring to. Here’s what that will look like:

You can also theoretically leave a comment on any particular location, perhaps giving fellow players helpful information or disputing the accuracy of the submission. Nobody seems to do that, though, as very few Pokestops have comments on them.

There is an option to log in with your Google account on this website, but just to be safe, it’s recommended that you avoid this, as in the past, third party Pokemon Go services that required a log in often resulted in accounts being banned by Niantic. They are really, really against you using any sort of website or service other than the ones they provide. 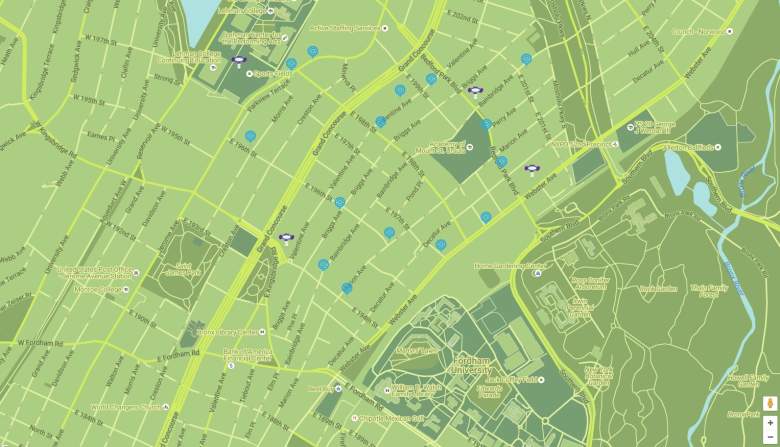 MAPokemon allows users to zoom in on Pokestops and verify whether they are correct. (MAPokemon.com)

The next map trainers should find useful is MAPokemon. Don’t worry, the punny name isn’t the only thing to like about it.

This online map isn’t quite as complete as the previous one, but it’s arguably a bit easier to use, and in particular it’s a lot simpler to verify whether any given piece of information is actually correct.

MAPokemon displays both gyms and Pokestops, with the stops being blue and the gyms being purple just like in the actual game. Click on one and you’ll receive information about where the stop or gym is, although you won’t get a picture of it. Then, you can hit the check mark if you can confirm this is indeed a correct Pokestop, or hit the red X if it isn’t. This is what that will look like:

The map will display how many people have verified the information is legitimate, so if a Pokestop has a few points, you can be fairly certain heading over there isn’t a waste of time. Unfortunately, not too many people are using this map at the moment, so don’t be surprised to find a bunch of stops that don’t have any score at all. 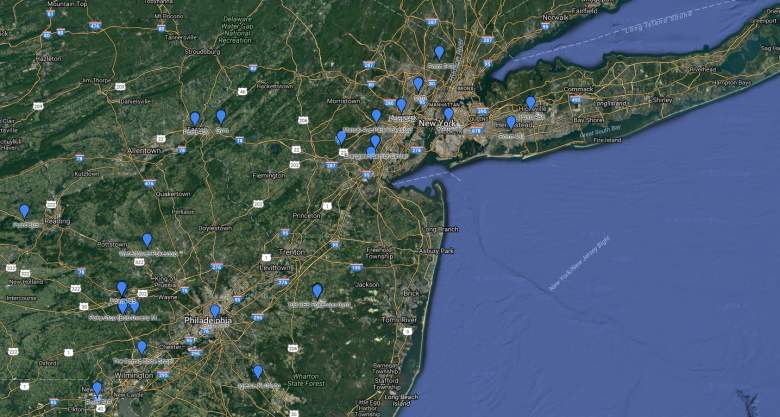 Pokemon Go fans have put together their own map of gyms and Pokestops on Google Maps. (Google Maps)

Outside of these individual websites, players all around the world have also been working hard to assemble their own data via Google Maps.

The one embedded below in particular has been assembled by hundreds of trainers over at the Pokemon Go subreddit. It’s obviously incomplete, and it’s gradually being developed over time. But if you live in a fairly populated area, it should be of some help to you.

You can also add your own findings to the Google Maps and help your fellow trainers flesh it out and make it a truly great resource. 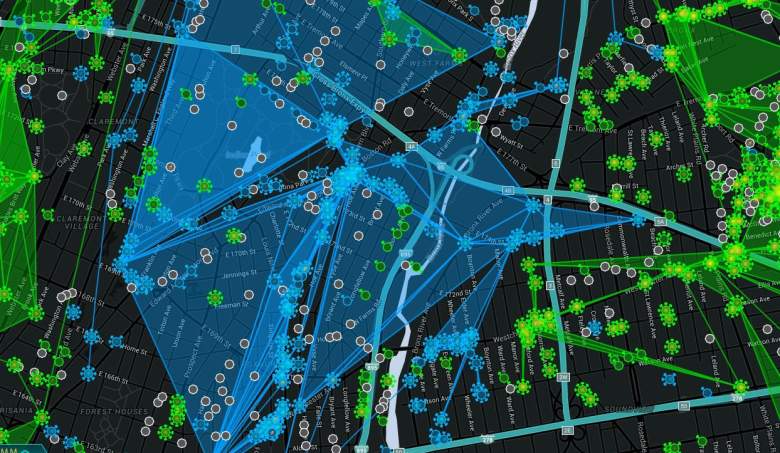 The Ingress map provides players with locations that Poke Stops will generally be found. (Ingress)

Finally, another option is to make use of Ingress, a game developed by the same company that made Pokémon Go. It operates under a similar premise of having players visit real-life locations, and Niantic used this map as the basis for the Pokémon Go map.

Ingress‘ version of Pokéstops are called portals, and so if you find a portal on the game’s map, there is a decent (though not 100 percent) chance that this will translate into a Pokéstop. It’s not totally 1:1, but the map will at least give you some sort of guidance so you are not wandering around your entire town aimlessly.

Here’s what you need to do to access the Ingress map. You will need a Gmail account in order to continue.

The Ingress website is rather slow, so you’ll have to be a bit patient with it. Once you’ve zoomed in to your location, you’ll notice a bunch of circles that are either green, blue, or grey. You can ignore the colors; that just represents what team has claimed the portal, similar to how Pokemon Go teams claim gyms. All you need to pay attention to is the portals themselves. Heading to an area where a good amount of Ingress portals are located is a solid way of tracking down some Poke Stops. Not every single portal equals a Pokémon Go Stop, but a decent enough chunk of them do.