Minecraft is a game that has started off small and now is on pretty much every device you can think of. Pretty soon, you’ll be able to play it with friends you are playing on different platforms with you.

Microsoft announced during their E3 conference that the Nintendo Switch version of the game will be able to play with Xbox One players along with the other platforms. This is a big step to take in pushing cross-platform games. We’ve seen Microsoft do this before with Final Fantasy XI on the Xbox 360, being cross-play with PS2 players and PC. We’ve also seen it done with Shadowrun, and more recently, Rocket League.

As part of the “Better Together” update, all the platforms but PS4 and the last-gen consoles, will become unified. The update bring the Bedrock Engine across all platforms, making cross-platform play possible.

Sony came up with several excuses on why they aren’t part of the cross-platform play but Microsoft has left the door open for them if they wish to reconsider. As a result of this, we’re not sure if the PS4 version will continue to receive the same updates as the rest of the editions. The original PC edition that runs on Java will now be known as Minecraft: Java Edition so maybe the PS4 version will keep being updated in a similar vein.

Going forward, we will no longer see Minecraft: Xbox One Edition or Minecraft: Nintendo Switch Edition, but instead all of the games will instead be unified as simply, Minecraft. Anyone playing on Windows 10, iOS, Android, Xbox One, Nintendo Switch and VR will be able to play online together. The update will come free of charge and it will also give players access to the DLC they purchased across all platforms. This means all the DLC you purchased in the Pocket Edition will also be available on your Xbox One now.

Minecraft will also get a 4K update this fall, coming to all the platforms getting the “Better Together” update. Well, almost all the platforms. There is no mention of the Nintendo Switch receiving the update on the website, but we’ll see.

In order to play with each other, you will need an Xbox Live account on whatever device you’re playing on, including the Nintendo Switch. You will not have to pay for Xbox Live Gold though, this will just be used as a way to unify all the accounts. We’re excited to see where this goes and if it’s successful, could we see more cross-play games in the future? 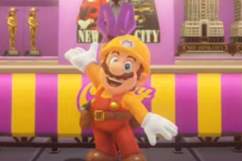