Becoming the ultimate life of the party is a goal worth attaining.

Partymasters places you in the miniature body of a big baller who’s trying to make that happen. Playgendary’s latest mobile game is all about making it rain, gaining newfound fame, and growing your fanbase to ridiculous levels. This guide will give you all the tips you need in order to climb the ladder to superstardom and become an overnight tapping sensation. It’s time to rock the stage as Bowmasters’ own Lol Vein!

Here are the top five Partyermasters tips, tricks, and cheats you need to know:

• Partymasters is a frantic game – your main objective is to gain millions of Reputation Points, make money rain down on your adoring fans, and make all the ladies faint from exhaustion. You’ll come to realize that it’s easier to make all this happen simply by tapping instead of swiping. Swiping doesn’t really deliver the quick and satisfying results you desire. Tapping with one or two fingers makes all that money throwing action happen a lot quicker, so stick to that method while playing. Laying your mobile phone or tablet down while you tap like a madman is the preferred way of playing and enjoying Partymasters.

• As you acquire more Reputation Points, you’ll begin unlocking the following character upgrades – Number of Bills, Bill’s Denomination, Critical, Headwear, Face, Accessories, and $ Gun. The Number of Bills upgrade is tied to how many bills you throw out per tap. Bill’s Denomination pertains to the value of the dollars you throw out. The Critical power up determines the chances of you making more money.

• Your Headwear, Face, and Accessories attributes determine how may bills per second you get from your feline companion. And finally, spending some Gems on the $ Gun character upgrade automatically gifts you with 75 taps per second once you get back on stage. Go crazy and spend, spend, spend! You’ll get a healthy serving of Reputation Points as you play, so upgrade everything as much as possible.

• Whenever you see the “New” icon bouncing over the trophy on the bottom, tap on it to see which Achievements you’ve fulfilled. Claim your new free Gems, take note of the Achievements you haven’t completed or are close to beating, then return to your wild onstage antics.

3. Take Down Those VIP Guests With Boosts; Don’t Forget to Prestige!

• Random ladies pop up on stage during your act – you’ll need to tap the screen until you empty out their meter. Once they exit the concert venue, you’ll acquire the number of Reputation Points they had and add it your ever increasing value. The much tougher individuals to tap off the stage are VIP Guests. When you encounter one, you should use all of the boosters you’ve acquired up until that point. Equip that $ Gun and activate those other items you have simultaneously in order to make that VIP disappear. Chances are you’ll get to keep using your boosters after that boss is gone since their time limit usage hasn’t expired.

• Once you make it to Level 10 for the very first time, the game will automatically push you to Prestige. After it happens the first time, you can Prestige at any level you see fit. This process involves resetting all your progress and bringing you back to the beginning of your cash flinging shindig. If you bump into a particularly tough VIP Guest, you’re better off using the Prestige option so you can change up your upgrading methods and be better prepared for that boss the next time around. Also, activating the Prestige option once you reach a higher level gets you the currency needed to upgrade your mansion and all its extra furnishings.

4. When Rewards are on the Line, Watch Those Free Ads

• Treasure chests regularly appear onstage. Make sure to tap on them – a video advertisement will play. Once it’s done, you’ll walk away with a few Gems. Other types of random ads pop up on the regular, too. After watching them, you may even get a few booster items for being so patient. When the game notifies you about finishing a task that ends in you getting extra boosters, take it up on that offer every time.

• Partymasters gives you a paid option to play without being bombarded with ads. While that may seem tempting, there’s really no need to spend any money on that game upgrade. Just turn off your Wi-Fi or go into Airplane Mode so those interruptions won’t pop up at all. Sure, you won’t get the chance to watch ads that gift you with extra Gems and Boosters. But not having to deal with the annoyance that is constant video ads is a welcome tradeoff. 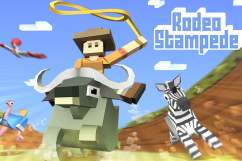