Once (lady) Seth joined the Street Fighter V roster as its 40th character, it looked as if Capcom had finally wrapped a nice little bow on the entire package.

Then out of nowhere, big news came out of the Capcom camp on May 27: not only are new stages and costumes coming, but five more characters will also be arriving amongst the latest batch of DLC. To the shock of everyone, Street Fighter V is still alive and kicking. Capcom’s blog post increased its fans’ hype levels to an incredibly high degree (this writer included), which led to plenty of character requests flooding Twitter timelines and gaming message boards. Street Fighter V still has several fan favorites missing from its varied cast of combatants, but there’s hope that this final “V” season will fill all those missing roster gaps.

As a huge Street Fighter fan myself, I’d like to get in on the fun and list the characters I’d like to see most as Season V DLC. 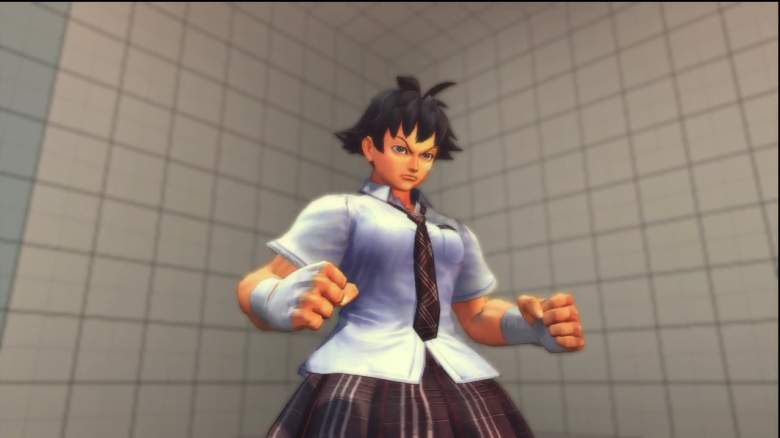 There are a few Street Fighter III roster members within Street Fighter V – Alex, Ibuki, Urien, and Gill are among that group of beloved characters. One of SF III’s most cherished (and unbelievably OP) fighters is Makoto, the spunky female Karate master. Judging by the character popularity poll results posted by Capcom back in 2017, a lot of people regard her very highly and wish she’d come back into the Street Fighter fold.

Now’s the best time to make her playable once again by debuting her as the first member of this upcoming DLC season. Makoto’s rushdown offense could be implemented quite well in SFV and make her even more of a bigger threat than she’s ever been before. Perhaps her V-Skill could be her Karakusa grab and one of her V-Triggers could incorporate her Tanden Renki damage boost. Makoto’s simple yet efficient approach to combat would look all the more exciting with SFV’s mechanics altering them in a major way. 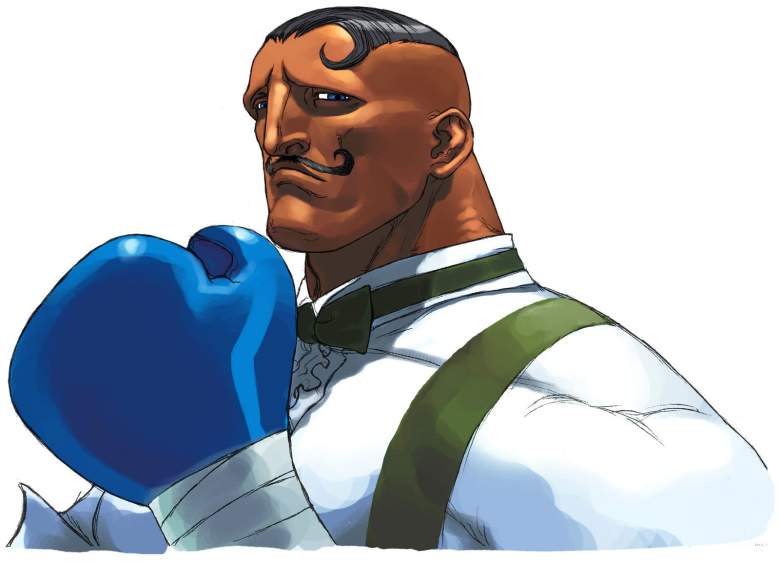 Yeah, I know what you’re gonna say – SFV already has the whole boxing martial arts section covered with Balrog and Ed. Ed even has a few moves that mimick this next character pick. But there’s simply no one that can fully replace Street Fighter’s classiest and well-refined boxer, Dudley.

Dudley is another one of those SF III characters that has plenty of fan support backing him up, which hopefully means Capcom has taken note and is willing to feature him in SFV. This character request caters to the rushdown crowd once again – Dudley can overwhelm his opponents with vicious combos that result from his dizzying quick dashes. It’d be pretty cool to see his Cross Counter maneuver be implemented as a useful V-Skill. Capcom should find cool ways to freshen up Dudley’s boxing technique and still honor his classic repertoire if they add him to SFV. Balrog and Ed won’t even know what hit ’em… 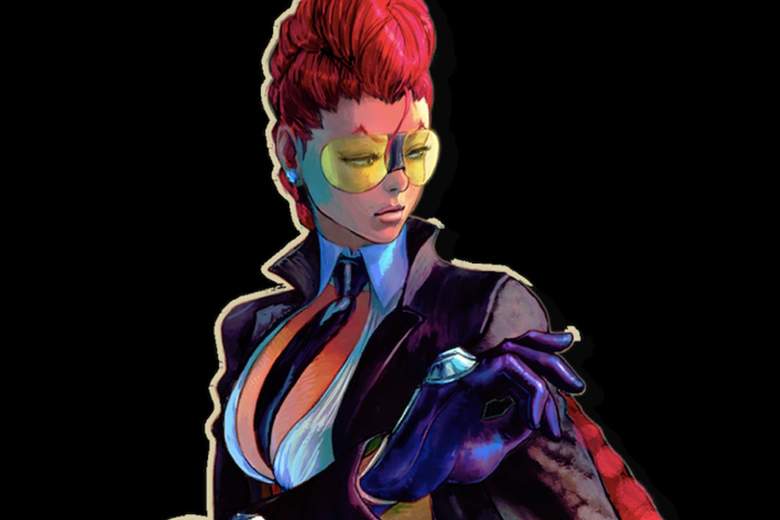 If you played through SFV’s individual character story chapters, you’ve most likely spotted many a non-playable character from time to time. Oro made a shocking appearance, plus Rose’s silhouette could be seen in several pieces of still art. Another SF character that made a story mode cameo is SF IV’s C. Viper, who could be observed in one scene spying on Shadaloo while adorning a new high-tech getup.

Now if you ask me, C. Viper and her new espionage approved gear are primed and ready to become a part of SFV’s playable roster. Her tricky mix-ups could provide an interesting fighting style for the game and give a character like Rashid a natural rival. On the V-Skill side of things, I’d be down to see her get a move that charges up her Thunder Knuckle. And once it’s fully charged, landing a hit with would result in an immediate stun. Her V-Triggers should obviously upgrade her Burning Kick and Seismic Hammer specials (and throw in her Optic Blast move from Marvel vs. Capcom 3 for the hell of it too, Capcom!). The possibilities are endless for a SFV rendition of C. Viper. 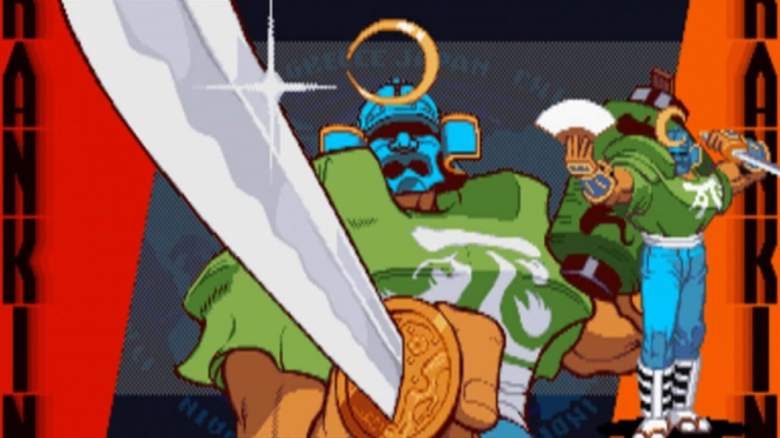 It’s pretty crazy to see how much love Final Fight has been given by SFV. Metro City residents such as Abigail, Cody, and Lucia have joined the fight. Plus Guy’s master Zeku has been featured as the game’s sole Bushinryu user. One of the game’s stages even pays tribute to Final Fight via a battleground that’s surrounded by Mad Gear Gang members.

One of the most prominent stage characters going crazy in the background is Sodom. His character model is actually detailed a lot better than your usual background non-fight participant and evokes memories of Alex’s NPC role before he became a playable character himself. Sodom is practically overdue for such an upgrade at this point. He’s the type of character I’d instantly make my new main if he managed to make it into SFV. I can already envision him being able to throw Japanese war fans as a projectile and be able to upgrade his jitte weapon/double katanas via his V-Triggers. The Final Fight contingent of SFV would feel complete with Sodom’s much-needed inclusion. 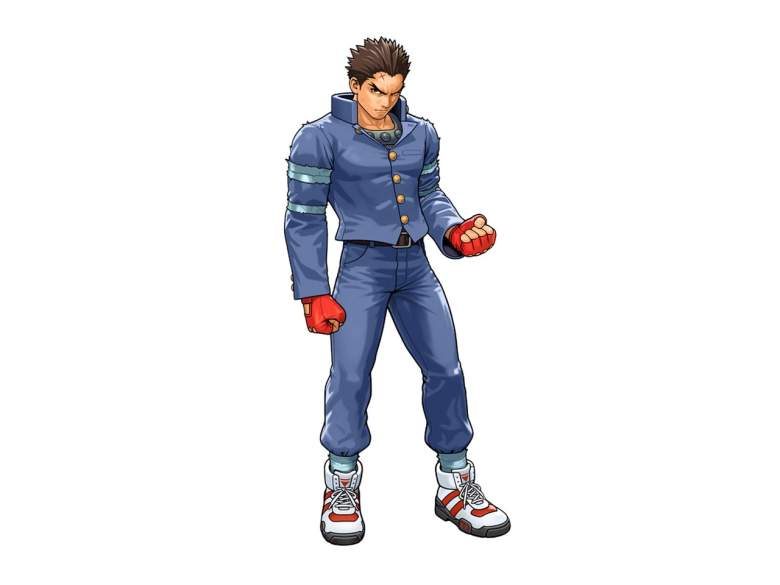 Final Fight isn’t the only other Capcom franchise that’s an official part of the Street Fighter canon. Rival Schools has also been implemented within the Street Fighter universe and can be seen via Sakura’s inclusion in the very first entry in the series. The Kanzuki Beach stage even features Rival Schools’ Tiffany and Hinata frolicking in the water, which shows me that Capcom hasn’t completely forgotten about its throwback high school fighter.

If Capcom wants SFV players to cop their Season V pass in a heartbeat, they need to blow their minds by bringing a shocking guest character onto the scene. And that character needs to be Rival School’s incredible frontman, Batsu. Batsu’s shoto moveset could get a major upgrade in SFV, plus I’d flip my lid if Rival School’s Taiyo High rooftop stage got thrown in for good measure. It’d make all the sense in the world for his “Burning Batsu” rendition to come to life as a badass V-Trigger. This might be asking for too much, but I’d also love to see his Critical Art bring in Hinata and Kyosuke for a three-person finishing maneuver. Batsu would bring all the final hype if he made it into SFV.