Since Fortnite doesn’t release patch notes anymore, it’s up to the community to discover what’s actually new in every update, and it turns out there are several interesting discoveries in each patch.

Whether it’s new map changes, hidden quests, or tweaked weapons, it seems like there’s always something to look for, and for the casual player, it looks like a lot of changes will go unnoticed.

To his credit, Fortnite YouTuber Ali-A does a good job of tracking down the variety of changes in an effort to show them to his audience, the recent spaceship crash being one recent example.

A big thing he recently discovered was the mushrooms in Season 3 can actually become a pet that can follow you around during the match.

What’s Going On With These Mushrooms?

In Ali-A’s video from July 27, he goes into detail about how these mushrooms will work.

“There’s a big secret being revealed in Wailing (Weeping) Woods…” he started. “Fortnite added in, and whether or not it’s on purpose or if it just wanted to test it, a brand-new thing, people like to call it a pet.”

The mushrooms are back following the lastest map change, but it’s not hard to notice how different they look now.

Later on in the video, he shows footage from another YouTuber by the name of Knight Breaker who caught these mushrooms in action. As it turns out, if you dance next to them, they’ll awaken, and from there things get crazy.

These Seem Quite Strong 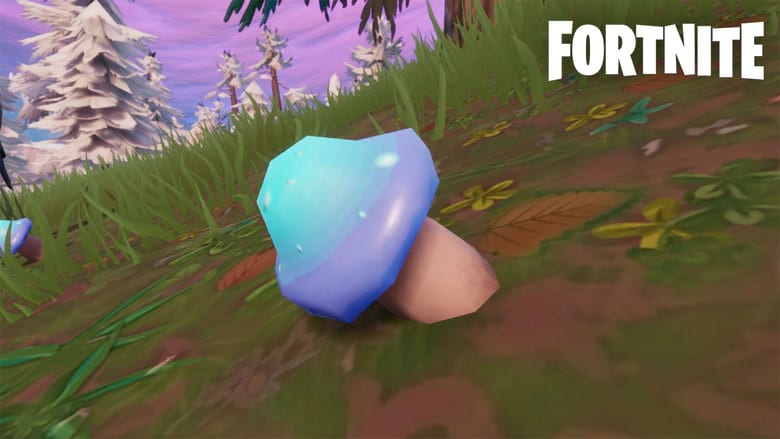 After dancing next to them, you can feed it 100 wood and it’ll then become your pet.

“This thing will then go ahead and start following you around,” he said. “This thing is pretty honestly OP (overpowered).”

If this actually does become a feature in the game, it would be pretty wild, and it’s possible this could happen as early as the next water drop.

We know that Epic likes to push the boundaries in Fortnite in an effort to keep the game feeling fresh, but this might actually be a bit much.

In a season that has Marauders running around and wreaking havoc, these mushrooms could actually feel right at home.

Read More
Fortnite, Gaming News
Fortnite might be adding some very powerful mushroom pets in the near future.