It’s time to take a trip to the age of dinosaurs in Netmarble’s latest (and cutest) mobile RPG, StoneAge World.

In this new bright and bubbly adventure, you’ll take control of your own custom caveman/cavewoman and set out to make a splash in the days of stone axes and enormous creatures. During your Stone Age travels, you’ll come across cutesy pets who you’ll bring into your party for big battles against rival pet owners and equally powerful creatures. StoneAge World is jam-packed with a host of fun activities to play through, so the talented developers behind it partnered with us to craft a tips guide for all incoming players. We added a few tips of our own to really get the ball rolling and push you towards the highest of highs in the battle and pet capturing filled adventures of StoneAge World.

Here are the top five tips, tricks, and cheats you need to know for StoneAge World:

1. The Basics of StoneAge World 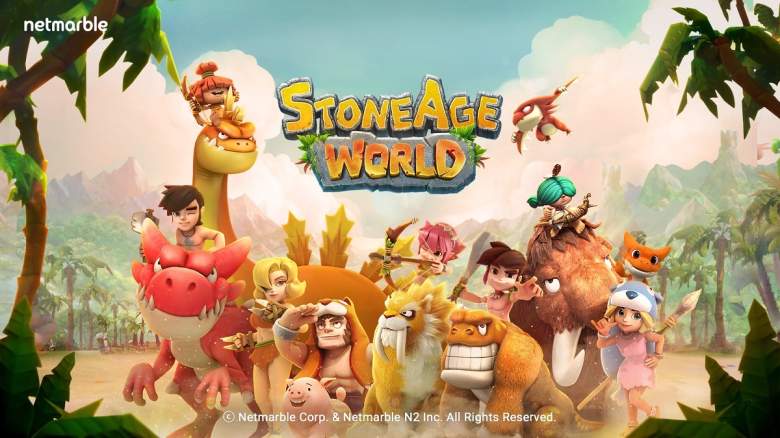 • After creating your trainer in StoneAge World, which includes choosing from one of eight unique character choices and customizing their hair color and facial features, players are introduced to the land of Tectonika as they learn how to capture pets, equip items for their trainer, and proactively manage their active line-up of pets. New players should continuously refer to the in-game player guide, as it is very useful and contains all-encompassing information about StoneAge World game features. Checking in to spend some time with StoneAge World on a daily basis is a necessity if you truly appreciate it – you can get your hands on some valuable stones just for checking out the latest issue of The Stone Age Times.

• Pay attention to all of the many types of challenges within the Life tab and see which ones you’re capable of beating so you can claim player points. It’s worth all the effort you put into each challenge type to acquire as many player points as possible and claim every player points chest available to you. You should also make sure you check in for 15 days in a row to claim a treasure trove of great rewards. During a fresh login, play for at least two hours so you can acquire all of the useful rewards given out for your dedicated login time. And finally, head into the recharge menu every day just to look at the day’s Opening Packs and claim 10,000 stones for free.

2. Take Good Care of Your Pets 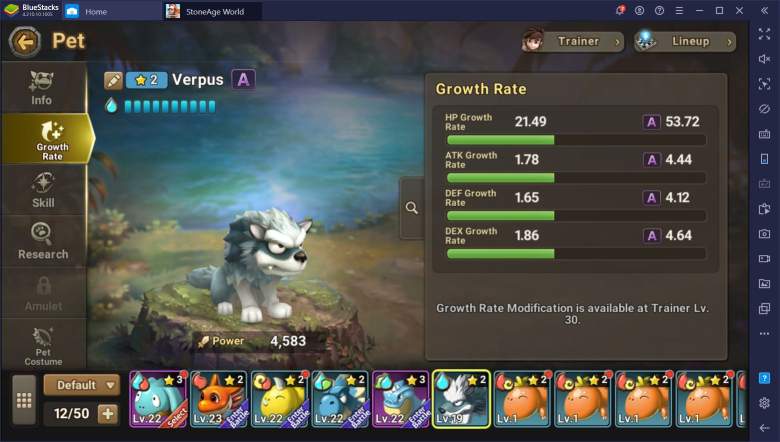 • There are multiple ways to acquire a pet in StoneAge World (all of which can be viewed in the Get Pet option on the main screen) – from hatching eggs, using trainer ropes, trapping them, and vitality. Once a pet is captured, it’s yours forever. Be sure to keep all those pets healthy and strong by feeding them to enhance pet + trainer stats, and by using Pet Coins to enhance their HP, Attack, Defense, and Agility. The best pets you’ll want to have in your party are Kakibot, Nordor, Kingor, Tessail, Monas, and Angelcui.

• Spend an entire gameplay session walking with one of your pets, then stop that activity by the time you’re done playing. In doing so, you should have acquired a substantial amount of Pet Coins. Perform this activity with a different pet every day to farm as many Pet Coins as possible. If a costume is found or purchased, players can wear these and offer stat bonuses to trainers and pets. It’s always best if you adorn your pet in a newly acquired costume at the start of a new gameplay session to take advantage of its stat boosts for a few days. 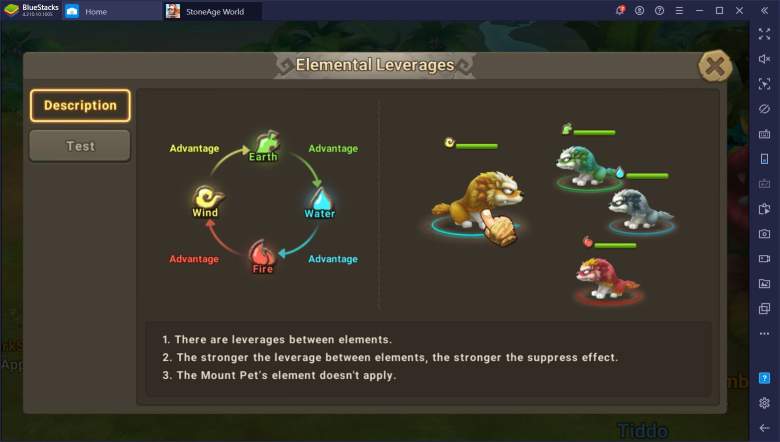 • Before beginning fights, be sure to keep the following in mind – up to five pets can be placed in each battle, and players can easily set a line-up with the auto place function. The Balance type is our preferred battle formation, but the Attack and Agility battle formations are also quite viable. Make sure at least one Heal class pet is within your current party formation at all times.

• Understand that elemental advantages are the key to battle success. Keep in mind that Wind -> Earth -> Water -> Fire -> Wind in order to get ahead of any battle. If you want to hunt, but don’t have the time to actively hunt, use the Auto Hunt feature. Players can hunt up to 300 times a week and can unlock many key items along the way.

4. Take Advantage of the Many Modes Available to You

• Once player trainers have settled into StoneAge World, several activities open up, including Normal Mode (this offers players a battle road map to collect stats and key enhancement items, with more rewards earned as more stars are collected), the 100 Challenges Dojo (perfect for competitive players, players can fight against tough enemies over and over to unlock premium rewards), and the Margus Labyrinth (once a day, players can participate in this dungeon to collect a number of items before they are defeated and kicked out). With the layout changing daily, players can expect a new Dungeon experience every time.

5. Start Out With Basic Attacks, Then Unleash Your Pets’ True Power During the Later Turns 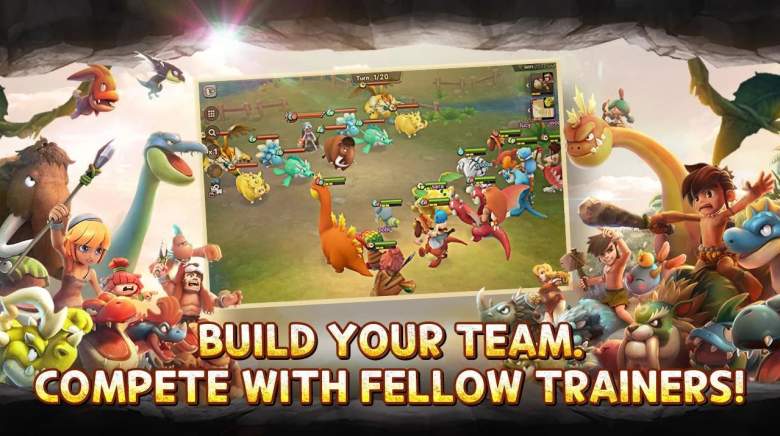 • Once you’ve built up a formidable party of pets, relying on them to handle your fights for you via the auto and x2 battle speed options is key. Set everyone to utilize their basic attacks for the first few turns. Once the battle enters the more climactic and tougher stages, go all in and set them all up to land their Ultimate and Active attacks. Save your match ending attacks when things get a bit too dire for your pets and you’ll come out on the winning end of things every time. This tip will certainly get your far during your time spent in the 100 Challenges Dojo, by the way.