Coming off the massive Rift Tour event, some Fortnite fans might’ve thought Epic would give it a rest with the crossovers for a while, but the developers surprised everyone by coming out with a new teaser the very next day.

While DC Comics have practically dominated the Fortnite landscape as of late, it appears that Marvel wants to get back in on the action and they will be doing so in a big way.

On August 9, Fortnite posted a teaser of a shrouded green figure, but comic book fans would easily be able to recognize this as Gamora from the Guardians of the Galaxy.

You might know that Star Lord is already in the game as a skin, and he was actually one of the first Marvel crossovers to happen. However, the whole cast of characters from the Guardians is still missing.

Groot is available as a skin and a Back Bling, while Rocket’s included as just as Back Bling, so that leaves Drax and Gamora as the only possibilities left. Of course, you can count Venom or Thor as members if you want to get really technical, but that’s a different discussion for another day.

The teaser came at 9 a.m. on Monday morning, so there’s a possibility there will be more throughout the day, but she has been confirmed.

It shows Gamora going through space when she gets an urgent distress call that warns here that aliens are attacking. Presumably, this is the Fortnite island sending out the call, so we can expect to see her show up and help very soon.

With the alien threat being what it is, it’s clear that the inhabitants of the island could use any help they could get. We know Superman is arriving, but it turns out that he alone won’t be enough to defeat this threat.

How to Get Her 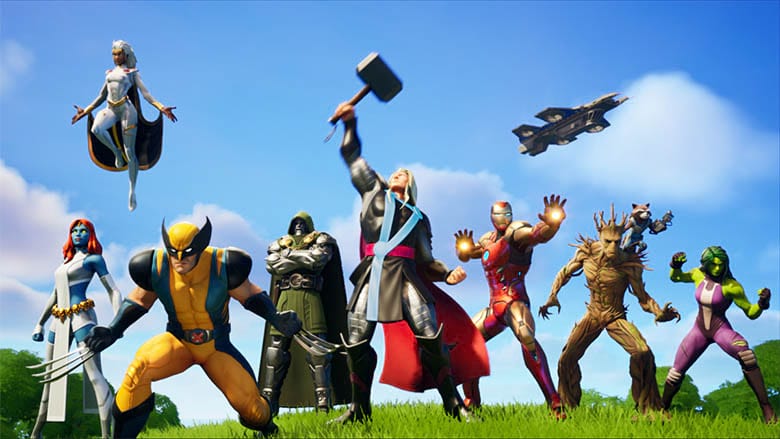 The way she’s being teased reminds us of how Beast Boy was added to the game. He was trying to meet up with Raven, and he was teased through comic book panels just like this.

He ended up being available through a special tournament that would give players a shot at unlocking him for free before he joined the Item Shop.

As it turns out, she will be available through a tournament titled the Gamora Cup. This event will be a Duos tournament just like the ones before and the best of the best will be able to unlock the new character completely free of charge.

The deadliest woman in the galaxy is arriving to help tackle the alien threat.

Gamora from @Marvel’s Guardians of the Galaxy is coming to the Island. Read about her cosmetic set along with the upcoming Gamora Cup where you can win her Outfit early!

Don’t fret if your skills aren’t quite up to the task as she’ll still be released in the Fortnite Item Shop on August 14. The tournament takes place on August 11, so some players will have the opportunity to start rocking the new skin several days before it releases to the rest of the playerbase.

This tournament gives players the chance to unlock the skin and her Back Bling. Anybody who comes away with at least 8 points, which should be very easy considering you get a point just by playing a game, will get the Daughter of Thanos spray.