The start of Fortnite Season 7 brought a lot of new alien weapons into the game. Now, many of them aren’t really worth using, but you can pull off some sweet combos with some of them.

For example, using the Rail Gun with the Recon Scanner will allow you to track other players through walls and get a headshot on them without them even knowing what hit them.

The latest item to be added is the Inflate-A-Bull, an inflatable cow item that lets you bounce all around the map and move around like never before.

Fast forward to today, and it looks like we are on the cusp of yet another new gun coming into Fortnite. Instead of shooting bullets, this weapon will pick up objects and toss them at you.

According to Fortnite leaker HYPEX, the Grab-Itron will release in the v17.21 update that’s presumably set to drop this upcoming week on July 27.

The GRAB-ITRON weapon should be enabled the next update (17.21) next Tuesday, it's planned to spawn in these places (could change):

Now, the stats about this gun are tricky because it looks like it doesn’t do anything, and that would be because it actually doesn’t,

Instead of shooting bullets and damaging other players, it’ll instead pick up the objects around you and launch them at other players.

It’s expected that different objects will do different damage. Obviously, being hit by a projectile apple would hurt a lot less than being hit with a flying car. We don’t know what objects will be able to get picked up yet, so it’s all speculation until then.

The Grab-Itron likely won’t become part of a new meta in Fortnite, but it’ll definitely be fun for players to mess around with in Squads or something. On paper, it seems like it’ll be really difficult to get an elimination with this weapon, but this is Fortnite we’re talking about, and crazier things have happened.

Where Can You Find It? 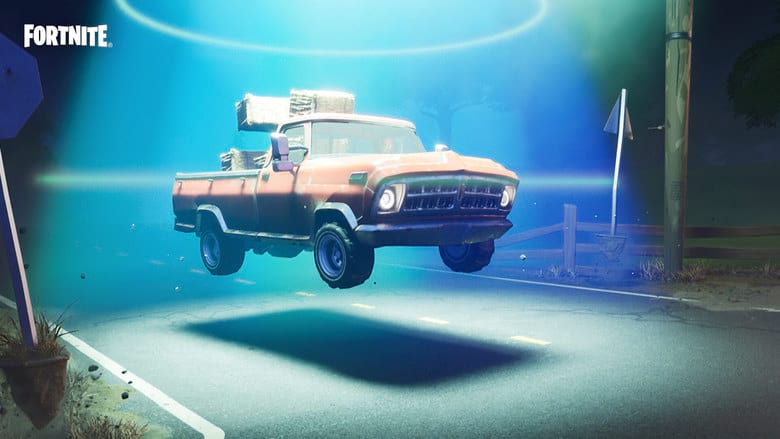 It seems like this will be be a gun that has several rarities, but it also appears that you’ll be able to find it in just about any place you look.

Because of this, it surely means that there will be several different versions of this gun, perhaps with each rarer variant being able to pick up more and more objects. On the other hand, maybe the higher rarities would just dish out more damage with their thrown projectiles.

Whatever the case may be, we’ll be finding out what happens in just a short amount of time. We’re sure this gun will be fun to use, but don’t expect it to carry you to many Victory Royales.

We assume that somebody will find a way to be powerful with this gun, but you can likely count the number of players doing that on one hand.

There will most likely be more to soak in with this next update, but this seems to be all we know about so far.

READ NEXT: Fortnite’s First Map Has a Giant Advantage Over Chapter 2