While Fortnite has always been a game you play on your console, mobile device or on PC, it’s clear that the idea of the game could work elsewhere. This is where Monopoly comes into play.

That’s right, there’s a Fortnite-themed Monopoly out there that plays unlike any game of Monopoly you’ve played before. Instead of having money, the game plays like a round of the Battle Royale with the storm closing in around you and your health bar ticking down.

There’s loot to pick up, and there are plenty of different Fortnite tokens to play as. While the Fortnite characters might’ve taken over Monopoly, we’ve seen a similar invasion from the Monopoly tokens into Epic’s game.

If you decide to pick up this version of Monopoly to play with friends or to have as a collector’s item, you’ll be able to get a code that gives you a bunch of Back Blings.

Disclaimer: Hasbro and Epic Games sent us everything mentioned in this article free of charge. 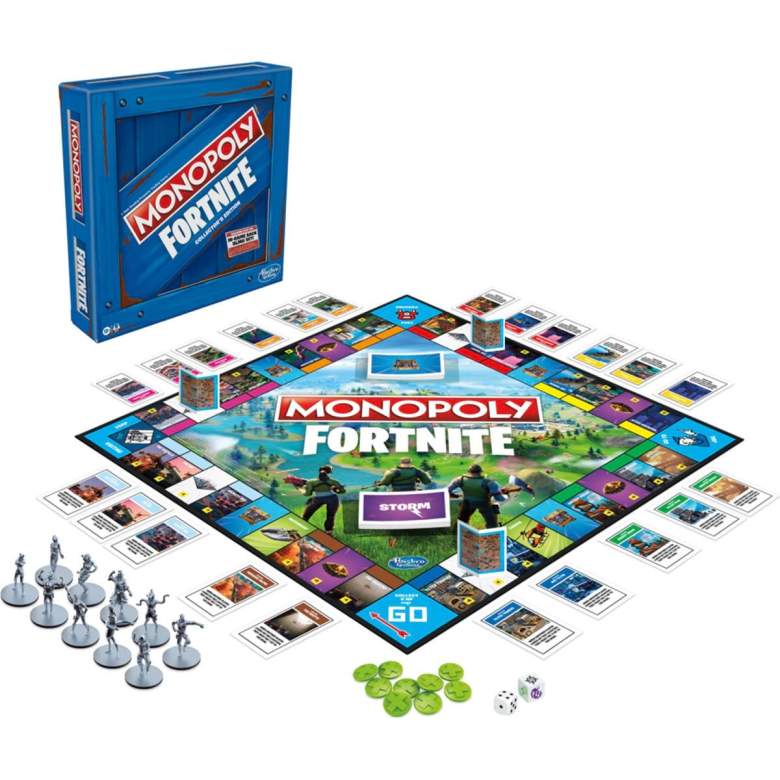 While the main draw here is the Monopoly game itself, which itself gives a very nice spin on the classic Hasbro formula, there’s something here for Fortnite fans too.

Picking up this board game will give you a code that can be redeemed here for the eight back blings. These include the following:

Interesting enough, there’s no Thimble included here so if you’re a fan of that as your figure, then you’re out of luck.

For those last minute gift buyers out there, there are actually a lot of Fortnite gifts to be given this year. Sticking with Hasbro, you can find this Monopoly set, but also some Nerf guns and a new action figure line. 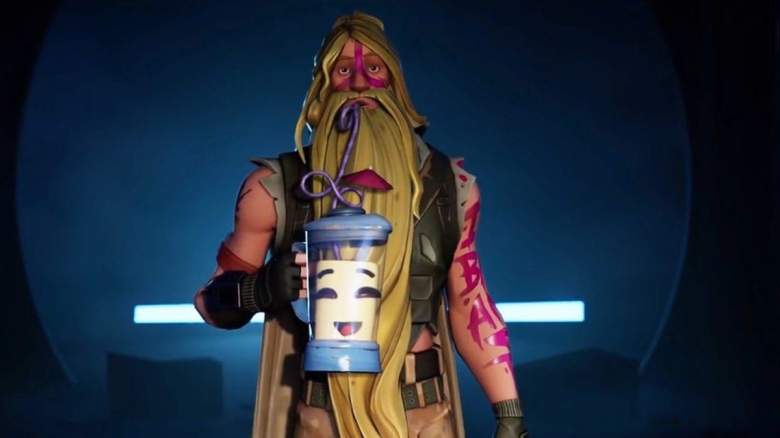 As part of a new Nerf collaboration, Epic and Hasbro have teamed up to release a new gun that comes in the Camo Pulse wrap design from the hit battle royale. It’s a nice touch, and unfortunately it doesn’t include any codes for the wrap itself, but it’s still a treat to see for longtime players of the game.

On top of this, there’s also a whole collection of new action figures featuring skins from the game. You can take a look at the plethora of them here. These will make for excellent gifts for fans of the game, and even yourself.

Some of these figures can cost a pretty penny, so if you’re somebody who wants to pick it all up, be prepared to spend a lot of money.

With The Foundation being revealed to be The Rock, we imagine he’ll be a hot collectible, but you’re probably not going to find his likeness underneath that helmet. That won’t stop people from buying him, but just be prepared to be disappointed if that’s all you’re in it for.

At the end of the day, there’s a lot of cool Fortnite collectibles out there prime for the gift giving this holiday season.

Loading more stories
wpDiscuz
0
0
Would love your thoughts, please comment.x
()
x
| Reply
Here's how to get eight Monopoly back blings in Fortnite.