Free cosmetics are also nice in Fortnite, so you might love to hear that there are a lot of them up for grabs in the coming days.

As you might’ve heard by now, Ariana Grande is coming to Fortnite, and she’ll be bringing a lot of free cosmetics with her. For everybody, an Umbrella is available, but there’s only a select bunch who’ll be able to get the whole assortment of goodies.

The music superstar will also be getting a skin of her own in the game, so she’ll be following in the same footsteps of Travis Scott and Marshmello before her. We don’t yet have word of pricing for the skin, so keep your eyes peeled for that.

Before we get too far ahead of ourselves, here’s how you can get a free umbrella. 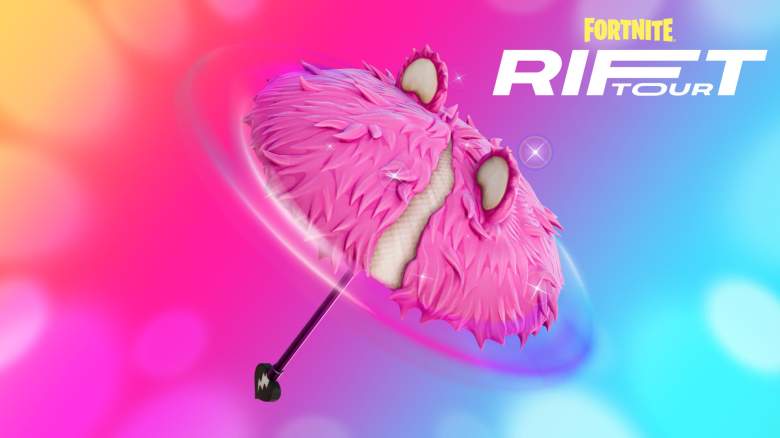 The Cuddly Cloudcruiser Umbrella is very simple to get as the only thing you’ll have to do is attend the Rift Tour.

With five different showtimes, you’ll have plenty of opportunities to show up, and if it’s like previous events, Epic might just give you the umbrella for logging in and not going to the event.

Just to be safe, you’ll probably want to make sure you show up for one of the five showtimes:

Free umbrellas are nice, and if you’re a Fortnite Crew subscriber, there are even more cosmetics you can get. 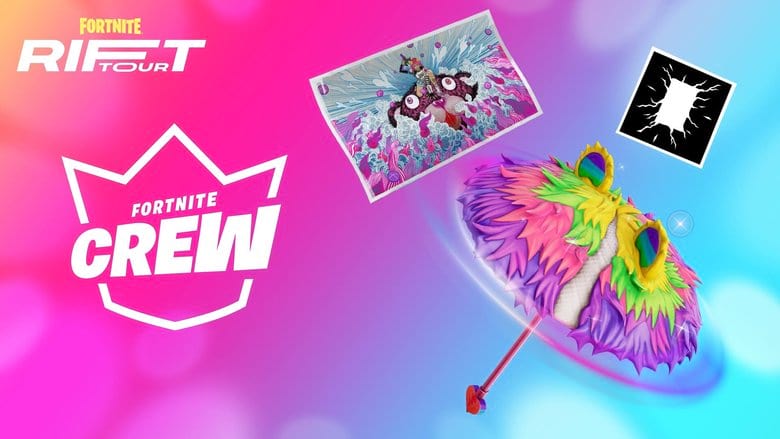 As a bonus for Fortnite Crew members, there are more cosmetics available. Active members will be able to get an Umbrella, Loading Screen and Banner just by logging in between August 5 and 9.

It doesn’t seem like you’ll have to actually attend any of the event, so the only thing you’ll need to do is log in at least once between those dates. All of these cosmetics are stacked on top of the Summer Skye bundle that’s available throughout the month of August.

Remember, this is just for Crew subscribers, so if you want to subscribe for a month to get these cosmetics, you can do that. Anything you get from being a member will remain in your locker for good even if you unsubscribe. Of course, anything you missed out on before such as Loki or Green Arrow is gone for good.

The main appeal for many players who are Crew members is the fact that they get exclusive gear. There’s nothing cooler than showing your locker off to a friend knowing that they don’t have what you have, especially if it’s not something you can ever get again.

Even things that aren’t supposed to be exclusive, like Travis Scott’s skin, have stayed that way. If things continue to go down that path, you’ll want to make sure you don’t miss out on a potential Ariana Grande skin.

Loading more stories
wpDiscuz
0
0
Would love your thoughts, please comment.x
()
x
| Reply
There are a lot of cosmetics available for the Fortnite Rift Tour with Ariana Grande.