Love is officially in the air in Fortnite and it’s looking like Fishstick is finding a way to get in on this action.

Although he’s easily one of the weirdest skins to even appear in the game, and there are definitely some weird ones, even he seems to be capable of finding a date.

However, it doesn’t seem like he’ll be able to do it on his own, but instead he’ll need our help to track one down.

Lucky for him, we’ll be more than willing to do so, and it’s not just because a lot of XP is involved. 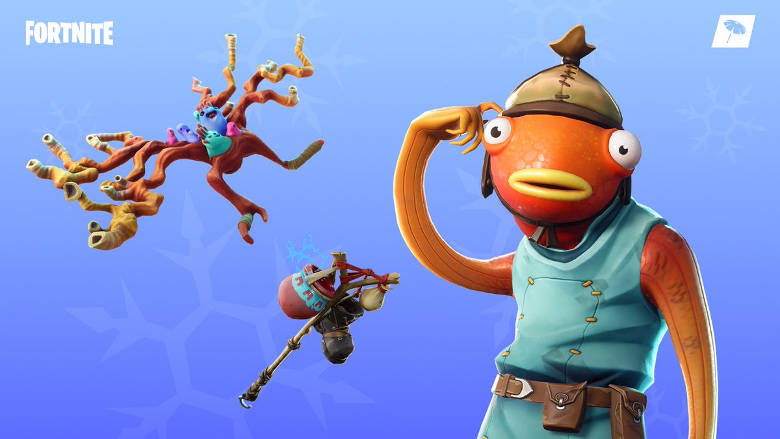 There will be plenty of quests to complete in the upcoming week, but Epic is singling out Fishstick because this is the week of Valentine’s Day.

“With so many fish in the sea, surely Fishstick is capable of finding a Valentine,” writes Epic in a blog post.

It’s unclear who his date could potentially be, but we’re sure to find out when the new week begins. In the same blog post, Epic confirms the new week of challenges goes live February 11 at 9 a.m. ET, so all of our questions will be answered then.

While this might be the only quest that’s now confirmed, the rest of them have already leaked, so let’s take a look at those so we know what we’re getting into.

We have a look at the Week 11 challenges in advance thanks to Fortnite leaker FireMonkey, as has been the case in every week this season.

The Legendary quest confirms the return of the Crossbow, which will be returning with a few changes that should make it perform better.

As for the Epic quests, there are a lot of Valentine’s Day ones to look forward to, so let’s just dive right in!

Considering the fact that many of the items mentioned here aren’t even in Fortnite at the moment, there’s a chance we could be getting an update this week, but nothing’s set in stone.