There was a lot of disappointment at the start of Fortnite Season 8 due to Epic Games not making many map changes.

Yes, the map did change in a lot of ways, but the named points of interest all remained the same, which meant players would still be dropping at the same spots they have been for the past several seasons.

There are more spots to rotate into now, and as a result, there is more loot to be found on the map. If you’re interested, you could also check out the new Sideways areas and get some new guns there.

Something players might not have been aware of is the fact that the map has been changing a bunch this season, but it hasn’t resulted in POI changes, and we’re not even talking about the cubes.

The IO Convoy and Doctor Slone have finished collecting alien scrap tech from a wreckage site and are now moving up the road with it towards Green Steel Bridge. They might want to use this new tech for themselves! pic.twitter.com/2kW9y2pK2K

On September 19, FN_Assist noticed an IO convoy finished cleaning up a bunch of alien scrap from the Mothership and are now moving towards a steel bridge.

Whether it’s Coral Buddies or the Straw Man trying to get a high-five, Epic is no stranger to smaller storylines like this, so we hope they keep them coming in an effort to make the map feel more alive.

If you haven’t checked out Season 8 yet, you might be interested in giving it a look, if only to check out the return of Kevin the Cube and his many, many friends.

Cubes Are Moving All Over Too 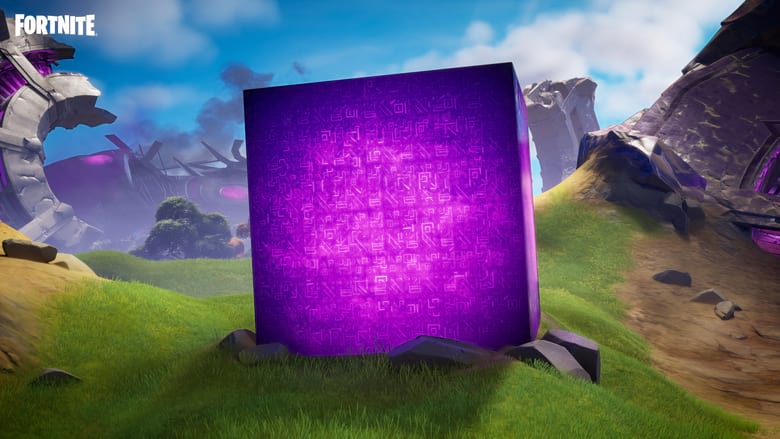 So far, we’ve seen a bunch of them moving around, and the Gold one definitely appears to be the ringleader.

We don’t yet know what this will mean for the island or anything of that nature, but it’s definitely cool to keep an eye on as all of this goes down.

Recently, the gold cube did meet up with a purple one to “wake” it up.

What this all means remains to be seen, but we do know that all of these cubes are on a mission to get to the center of the map. According to a variety of different leakers, once the cubes reach the center, the gold cube will begin to float up into the sky while all of them shoot beams straight up.

It sounds like it’ll be quite the spectacle, but we have no idea how long it’ll take for any of this to happen. Season 8 has only just started, so Epic could keep things going a bit slower before something big happens, but we do know that all paths are leading to this.

READ NEXT: How to Get Fashion Doggo & Knight Looks Spray Free in Fortnite