One of the cool things about Fortnite Season 5 is the introduction of a variety of Exotic weapons that help spice up the game and make your matches feel a little more exciting.

These Exotics will more than likely only be appearing the regular Battle Royale lobbies since Gold doesn’t carry over between Arena matches like it does in pubs, but that doesn’t mean you shouldn’t at least try these out.

With so many different NPCs selling expensive Exotic weapons, it can be tough to know where to look for them, and with Epic adding even more into the game, things can become overwhelming.

Here’s where you can track down The Big Chill grenade launcher and rain down some pain on your enemies. 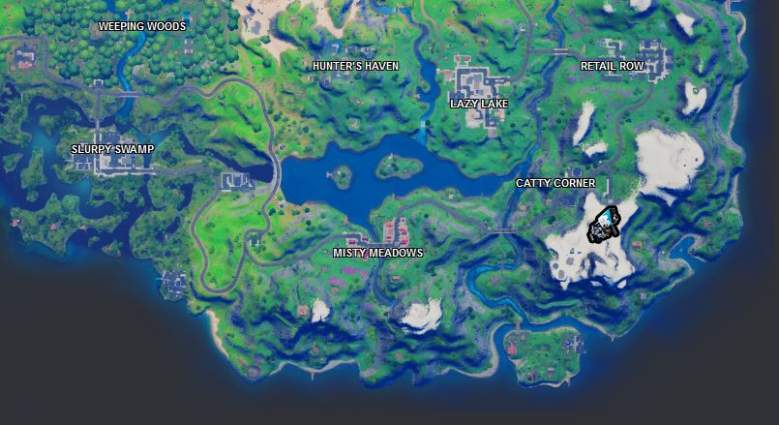 Epic Games / Fortnite.ggThe Big Chill is in the snow.

Unsurprisingly, The Big Chill grenade launcher can be found on the snow-covered mountains south of Catty Corner.

Thanks to the team at Fortnite.gg, we know exactly where to find this new grenade launcher.

You’ll be able to buy the launcher from the Snowmando NPC for around 1,400 Gold Bars, so it’s not cheap by any stretch of the imagination.

What Does It Do?

Instead of doing damage with its shots, it’ll instead inflict players with the icy feet effect, much like the upcoming Snowy Flopper.

Obviously, this can be used to your advantage in the middle of a fight since the other player pretty much loses all control of their character. However, considering how expensive this launcher really is, it might be hard to recommend shelling out so much Gold for it.

Then again, it’s not like there’s any reason to hold onto your Gold, so you might as well try out some new things as they become available. Who knows, maybe this Big Chill launcher can even get you a Victory Royale.

Just make sure you don’t get caught in the blast radius of one of these snowballs because you can very easily find yourself sliding all over the place too if you’re not careful.

READ NEXT: Full Look at All 15 Leaked Fortnite Winterfest 2020 Rewards