Brin is estimated to be worth $22.6 billion.

Here’s what you need to know about this beautiful, intelligent, funny Googler…

1. The News of Her Relationship Comes a Day After Rosenberg’s Former-Boyfriend Left Google

The London Times reports that she previously dated a co-worker. That co-worker has been identified by Forbes as Hugo Barra, Google’s former VP of product management for their Android position. Barra confirmed his departure on his Google + page:

Amidst the dozens of messages of support for Barra’s new job, some commenters made reference to a possible love triangle:

AllThingsD reports that Barra’s resignation came a few days after an apparent romantic-split with another Google employee (Rosenberg). The tech blog notes about his new job:

Barra, sources said, is leaving for a job at Xiaomi, a fast-growing Chinese phone maker. Xiaomi, which builds Android phones for the Chinese market, prides itself not only on its high-end hardware, but also on the software it adds on top of Google’s operating system.

2. Rosenberg Has Made Herself the Face of Google Glass

Judging by her LinkedIn profile, Rosenberg moved rapidly up through the ranks at Google:

Rosenberg, working as Google’s Product Marketing Manager for Project Glass, has dedicated much of her online profile to promoting the product, including videos where she renacts the public’s reaction to the virtual reality spectacles:

In this video she taught people how to use Google Hangout:

3. Rosenberg Has Been Working Side-by-Side With Brin Since 2012

Rosenberg is reported to have moved to Silicon Valley in California from London, having worked for Google in London, she moved to the company’s headquarters in January 2012. She has described herself as a “misanthropic Brit.”

Things I wished I'd remembered on my first day at work in the US: when Americans say 'pissed', they mean angry.

After moving to Silicon Valley she wrote a blog about her move from the UK, including this nugget on how to meet people:

Judging by her Google+ profile, Rosenberg is a sitcom and comedy enthusiast. She regularly posts clips and gifs from shows like Friends, The Office and Parks and Recreation.

In addition to this pretty awesome pic:

Her Tumblr blog, Individual Contributor, continues Rosenberg’s trend of keeping up on the funniest pictures and videos to hit the web.

In March 2012, Rosenberg wrote this blog for The Hairpin: 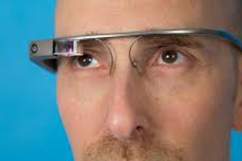 Google Glass Fixes Security Breach: What You Need To Know

5. Reports Are That Rosenberg is NOT a Homewrecker

She is not being painted as a homewrecker in the demise of Sergei Brin’s marriage to Anne Wojcicki. It’s speculated that the couple have been estranged for some time having been married in the Bahamas in 2007.

It isn’t known if the couple will still run their foundation, The Brin Wojcikic Foundation, together.

Wojcicki is a graduate of Yale University in Biotech Analysis, she set up her own company to his effect, 23 and Me, in which Brin is heavily invested. Wojcicki’s sister, Susan, works as a senior VP at Google.