Yesterday, a shooting occurred at Berrendo Middle School in Roswell, New Mexico, and heroic teacher John Masterson came to the rescue. Two students are currently undergoing surgeries and are being hospitalized for their gunshot wounds. Read on for the facts on Masterson and see why the community is calling him a hero.

1. Masterson Reportedly Persuaded the 12-Year-Old Gunman to Put Down His Weapon 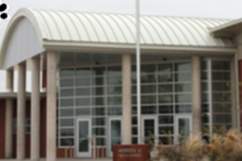 Good Morning America reports that, after the shotgun-wielding boy shot two students, Masterson was able to get him to drop the gun. Susana Martinez, the governor of New Mexico, said that more students could have been seriously injured if it wasn’t for the heroism of Masterson.

Currently, an 11-year-old boy is in critical condition while a 13-year-old girl’s condition is said to be stable. A poster for the hospitalized children is being signed by the rest of the middle school to support their fellow classmates.

Hey warriors please read! This is to support the kids at Berrendo middle school! The poster will b in the cafeteriapic.twitter.com/fRrbvBxkWV

2. The Governor of New Mexico Gave a Full Account of Masterson’s Actions

Governor Martinez gave a play-by-play of what occurred between Masterson and the young gunman, stating:

He starts to turn and see that the young man shoots and shoots, and then pointing the firearm at Mr. Masterson. Mr. Masterson then begins to talk to him — to put it down. The young man put the gun down and raised his hands.

Once the boy put down the gun, Masterson apparently held him up against a wall as he waited for the police.

John Masterson meets with @Gov_Martinez hours after he disarmed a 12-year-old who shot 2, ending the #RoswellShooting pic.twitter.com/2bFaLjJGan

Teacher John Masterson risked his safety to save students lives. He is a true example of his profession…. teachers sacrifice for our kids.

According to Daily Mail, Masterson has been a teacher for 10 years, focusing on Social Studies. He also coaches track and soccer for the school. In 2012, he was quoted talking about the girls’ track team:

It’s been a long meet but it’s been a good meet. Our kids got an opportunity to watch the high school players compete and I think it was very beneficial to our kids.

Masterson also boasted about the fantastic students the school has on their teams, which showed his love for the children he coaches. But, those children love him just as much … And, since news broke of his heroic act during the school shooting, students are singing the praises of Masterson more than ever. Have a look at a couple of the students’ tweets below:

Masterson is the man…

Mr. Masterson is such a badass

4. The Heroic Teacher Commended the Rest of the Staff

Though Masterson was advised not to talk about the incident itself, he did commend the school’s staff on their amazing actions at Berrendo Middle School in response to the shooting. He told the Albuquerque Journal:

It was a harrowing experience. All I can say was the staff there did a great job.

5. One Student Had a Dream That Masterson Was Shot

You know… For some awkward reason.. A couple nights ago I actually had I dream that Mr. Masterson got shot…..

Strangely, a student from the school claims to have had a dream, before the incident occurred, that John Masterson got shot. Though it’s been reported that a teacher was injured on the scene, the teacher was not Masterson. The injured teacher, though hurt, refused to go to the hospital so that he could continue to help out at the school.

Loading more stories
wpDiscuz
1
0
Would love your thoughts, please comment.x
()
x
| Reply
The Berrendo Middle School in New Mexico had a terrifying shooting at the school yesterday. A heroic teacher jumped in and saved the day. Read on.