As soon as officials investigating the building collapse at International Nutrition in Omaha, Nebraska, announced fatalities in the tragedy, Westboro Baptist Church pounced. Taking to their Twitter account, the hate group’s members used the group’s dreaded “#picketfunerals” hashtag when referencing the incident, which has killed at least two, injured 10 more and left about a dozen trapped and feared dead. 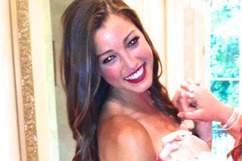 Loading more stories
wpDiscuz
1
0
Would love your thoughts, please comment.x
()
x
| Reply
Members of the hate church have promised, via their Twitter account, to picket the funerals of those who were killed in the Omaha, Nebraska, plant explosion.