Here’s what you need to know about the elder de Grood:

According to a Linked-In Page that has since been taken down, de Grood is a “senior police officer with 33 years of law enforcement experience.” The Linked-In profile says de Grood attended the University of Calgary, the same university from which Matt de Grood graduated, according to Matt de Grood’s Facebook page.

According to the Calgary Herald, here’s what Hanson had to say at the news conference about Doug de Grood’s reaction:

He is heartbroken, as his wife is… they are devastated, and they feel so much pain for the families that were impacted.

De Grood is a member of the Alberta Community Crime Prevention Association and has contributed to the organization’s blog. De Grood has written posts for the organization on online shopping safety, domestic violence, and crime prevention week.

His Linked-In profile says he has been vice president of the organization since 2012.

4. He’s a Member of a National Leadership Organization

The Canadian Institute of Management, which describes itself as Canada’s senior management association, lists Doug de Grood as a member. The non-profit organization was founded in 1942. Its website says it is “dedicated to enhancing managerial skills and professional development.” it has more than 55,000 members in 17 branches throughout Canada.

5.He’s Done Just About Everything as an Officer

Well before being promoted to inspector, de Grood’s LinkedIn page says he worked on the mountain bike patrol and the Calgary Chinatown patrol, among other assignments. 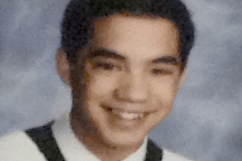