Maren Sanchez, a popular 16-year-old honor student at Jonathan Law High School in Milford, Connecticut, died Friday, April 25 at a local hospital after being stabbed by a fellow student. A friend of Sanchez identified the suspect to Heavy as 16-year-old Chris Plaskon.

The incident has sent shockwaves through the southern Connecticut city and across the country as friends mourn Maren’s death.

Here’s what you need to know about Sanchez:

1. She Was Stabbed After an Argument About the Prom

One of Sanchez’s close friends told Heavy that Plaskon wanted to go to the prom with Sanchez, but Sanchez turned him down because she was going to go with her boyfriend, who she’s been dating for about a week.

Multiple news outlets reported that Plaskon was Sanchez’s boyfriend or ex boyfriend, but Sanchez’s friend told Heavy that those reports were wrong.

The prom was scheduled to take place Friday night at the Vazzano’s Four Seasons in nearby Stratford, but school officials announced Friday morning that the prom and post-prom party was postponed. 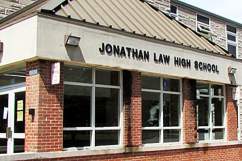 Check out the video above, which features Maren covering Phillip Phillips’ rendition of “Home,” posted on Maren’s YouTube channel in 2012, and the video below, dubbed “The Roaring Twenties Project,” which was posted last spring and includes Maren leading a “Saturday Night Live” style intro and singing while playing the piano.

3. There’s an Outpouring of Love for her on Twitter So sad, can't believe this. She is literally the sweetest girl I know. Please pray for her and her family #prayformaren

R.I.P Maren Sanchez you always be in my heart forever ❤️

I dont care about my birthday, turning 17, or celebrating it. I care about that angel who was put through Hell. #PrayForMaren ❤️We love you

4. She Was Pronounced Dead at Bridgeport Hospital

Maren Sanchez has been identified as the stabbing victim in a tragic incident at Jonathan Law High School in Milford, Connecticut.

Police Chief Kevin Mello told reporters that Maren was pronounced dead at 7:43 a.m. after being rushed to Bridgeport Hospital. She died less than a half hour after the stabbing, which police said happened at 7:14 a.m.

The Connecticut State House of Representatives held a moment of silence in Maren’s honor on Friday afternoon, according to the Hartford Courant’s Daniela Altimari.

CT House of Representatives stands for a moment of silence in memory of student stabbed to death this morning in Milford.

Watch coverage of the news conference and interviews with students below from WTNH TV.

5. She Was an Honor Student

Superintendent of Schools Elizabeth Feser said Maren was an athlete, a manager on the Law tennis team and a member of the National Honor Society.

Feser described Maren as “vibrant” and “very, ver involved in Jonathan Law High School.” “An incredible contributor, someone who was loved and respected,” Feser said. 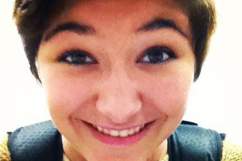 Loading more stories
wpDiscuz
0
0
Would love your thoughts, please comment.x
()
x
| Reply
Maren Sanchez died Friday morning after being stabbed at Jonathan Law High School in a dispute over a prom date. Here's what you need to know about the bright 16-year-old.