According to reports from Ukraine, Jews in the Eastern Ukrainian City of Donetsk were handed flyers that requested they register themselves and their belongings with the new and unrecognized pro-Russian separatists that are calling the city the “Donetsk People’s Republic.”

With mud-slinging and misinformation campaigns constantly trying to skew public opinion, it is doubtful that this stunt is backed by any administration, but here is what we know for sure right now:

1. Jews in Donestk Were Handed Leaflets Instructing Them to ‘Register’

According to reports published in Ukrainian news outlet Novosti, three unidentified and masked men carrying a Russian flag waited near a synagogue in Donetsk on Wednesday, waiting for worshipers to emerge from Passover services.

The leaflets said that for their support of the pro-EU Euromaidan government in Kiev, all Jews needed to register themselves and their property with the separatist pro-Russian government that seized the Donetsk administration building last week.

You can read the full translation below:

Dear citizens of Jewish nationality! Due to the fact that the leaders of the Jewish community in Ukraine supported Bendery junta in Kiev and hostile to Orthodox Donetsk republic and its citizens, Main Headquarters Donetsk republic ruled as follows: All citizens of Jewish nationality over 16 years, residing in the territory of a sovereign republic, Donetsk, you must up to May 3, 2014 and will come to. about. Commissioner for Nationalities in the building of Donetsk Regional Administration, Office 514 for registration. The registration fee is U.S. $ 50. If you should have cash in the amount of U.S. $ 50 registration fee for passports to mark the religion, documents of family members, as well as documents of title to all real property owned by you and vehicles. In case of evasion from registering perpetrators will be stripped of their citizenship and deported forcibly outside the country with confiscation of property.

2. The Donestk Administration Building Has Been Occupied by Pro-Russian Forces

Last week, armed men, some wearing masks, took over and barricaded the Donetsk administrative building, calling it the new headquarters for the “Donetsk People’s Republic,” a pro-Russian autonomous state advocating that the region be absorbed by Russia.

The occupying force raised signs lambasting the new Ukrainian government, the United States and the European Union, and used fences, barbed wire and tires to barricade the building.

3. Ukraine Has Moved Troops in to Subdue Pro-Russian Separatists

As a response to the separatist take over of the administrative building and other separatist activity in the region, Ukraine launched an “anti-terrorist operation” against cities in Eastern Ukraine. On Tuesday, Ukraine armed forces took back certain cities and airfields including Kramatorsk and Slovyansk.

4. The Origin of the Leaflet Is Dubious

The name of Denis Pushilin appears on the leaflet. He’s the chairman of the “Donetsk teporary government.”

The conspicuous nature of the masked men handing out the pamphlets, the specificity of the leaflet being attributed to pro-Russian forces, and Denis Pushilin’s denial of his “temporary government’s” involvement in creating the content of the leaflet, have all led people to believe it is a hoax.

5. Both Sides Have Accused Each Other of Anti-Semitism

Since the Kiev protests earlier this year, protesters and activists on both sides of the aisle have accused their opponents of being fascists, Nazis and anti-semites. After synagogues and a Holocaust memorial were vandalized in Kiev and Odessa, Russian media outlets accused that Euromaidan protesters and administration of anti-semitism and harboring fascists. At that time, journalists were accusing pro-Russian activists of the creating the graffiti in an effort to discredit the new Ukrainian government.

This new leaflet is likely a similar stunt, done to spread disinformation by utilizing the Western media’s sensitivity to anti-semitism. 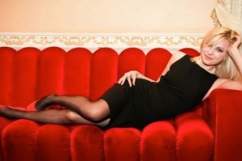 Read More
Breaking News, Judaism, Russia, Ukraine
In the Eastern Ukraine city of Donetsk, Jews were handed leaflets saying they had to register with the pro-Russian militia. But is it a hoax?