In one of the most gruesome murders in recent memory, 19-year-old Jessica Chambers had lighter fluid forced up her nose and down her throat before she was burned to death. The attack happened on December 6 and has shocked the tiny community of Courtland, Mississippi. Cops found Chambers walking down the road while she was engulfed in flames.

Update: On February 23, 2016, a 27-year-old Courtland native, Quinton Tellis, was indicted on a capital murder charge in Chambers’ death. Read more about Tellis and the charge against him here.

1. With Her Dying Breath, She Identified Her Killer, Says Her Dad

Chambers was found burned alive by cops close to her car, which was also on fire, on a rural road at around 8 p.m. night of December 6. WDBD in Mississippi reports that as emergency responders arrived to the scene, Chambers was still alive and was able to say a few words. The station further reports that it’s rumored in the community that those words may help detectives identify her killer. After being found, Chambers was rushed to a hospital in Memphis where she died of her thermal injuries.

Police have said that they have talked to multiple friends of Chambers’ but have do not have a suspect yet. According to her family, she didn’t have a boyfriend and they couldn’t think of anyone who would have wanted to hurt her.

The Clarion Ledger reports that Chambers’ phone was found close to her car. Detectives believe her phone will contain key information. Local cops investigating the case are being assisted by the Mississippi Bureau of Investigation. In a press conference on December 11, Desoto County District Attorney John Champion said that no arrest is coming soon.

The Clarion-Ledger reports that Chambers had lighter fluid squirted up her nose prior to her death. Her dad, Ben Chambers, who works at the local sheriff’s department, also told the paper that his daughter’s killer was in the car with Chambers before he/she killed her. He added that cops don’t know if Chambers fought with the suspect prior to her death.

Chambers’ mother, Lisa, told WBDB, “They have ripped everything I have. She left to go clean out her car and was going to get [herself] something to eat.” The Associated Press reports that Chambers had just been to her mother’s house in Courtland on the night of the murder. 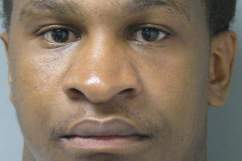 3. She Bought 3 Times as Much Gas as Usual on the Night She Died

A man was seen interacting with Chambers while she pumped gas on the night she died. (Screengrab via MS News Now)

The Associated Press reports that on the night Jessica Chambers was killed, she put $14 worth of gas into her car. The station attendant, Ali Fadhel, who said he frequently talked to Chambers when she came in asked why she was buying more than her usual $5. She told him “I’m going somewhere.” Fadhel also said “If she knew she had a problem with somebody, she would have told me.” The AP goes on to report that as she walked out of the station, she got a call on her phone, Chambers walked back into the station and bought cigarettes and left again.

The Clarion Ledger reports that the last time Chambers was seen was at around 6:30 p.m. on the night of December 6. She was pumping gas into her car. She can watch the surveillance video her pumping gas:

In the video, you can see a man filling up a gas can, that man has been cleared by police.

Local district attorney, John Champion, told the media, “I feel like it’s something we’re going to solve. It could be in the next five minutes, five months or five years.” Champion also said that cops have “somewhat” figured out what Chambers was doing in the 90 minutes between when she pumped gas into her car and when she was found burned. The gas station was located on Highway 51 in Courtland, less than ten miles north from where she was found dead, along Herron Road.

4. Her Sister Said: ‘I Haven’t Seen Her Since July & Now I’ll Never See Her Again’

A “Justice for Jessica” Facebook page has been set up by Chambers’ sister, Amanda. WMC reports that Jessica Chambers was her Amanda’s maid of honor. Amanda told the station that authorities told the family that her sister had burns on 98 percent of her body. Amanda, who lives in Texas, said “I haven’t seen her since July and now I’ll never see her again.” In a separate interview, Amanda told the Clarion-Ledger that her sister had just started a new job at a Goody’s department store in Batesville, Mississippi.

Chambers had two older brothers, two older sisters and a younger sister. Her brother, Allen, was killed in a car crash in May 2012.

There appear to be two Facebook pages claiming to be Jessica. All were set up before her murder. On one page, an update from November 2013 says “This ain’t Jessica.” That page says that she’s a native of Batesville, Mississippi, but lives in Courtland. It also says she was a student at Gate Way Christian School. Another page says she was a student at South Panola High School. 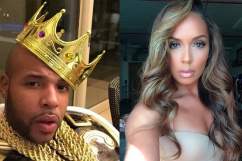