Ellen Brody has been named as the woman who caused the Metro North train crash in Valhalla, New York, on February 3. So far, six people, including the woman, have been killed. Scores more were injured during the incident. She was 49 years old.

1. She Stopped Her Car on the Train Crossing for an Unknown Reason

According to New York’s Governor Andrew Cuomo, there had been significant traffic around the crossing where the crash happened. The New York Times notes that it doesn’t look like the woman “was trying to beat the train at the crossing.” The governor repeated investigators theories that it’s likely that she had become confused for some reason, perhaps not realizing what side of the barrier she was on.

Speaking to WNYW, a witness to her actions, Rick Hope said, “It looks like where she stopped she did not want to go on the tracks, but the proximity of the gate to her car, you know, it was dark – maybe she didn’t know she was in front of the gate.” Gov. Cuomo said “That SUV was right in the middle of the track and was hit directly in the middle of the car by the train.” The car was sent flying about 400 feet down the track by the train. She was driving a black Mercedes SUV.

It’s believed that after she stopped on the tracks, she had gotten out of her car to check on the damage on the back of her vehicle. The New York Post reports that the train’s conductor, an Air Force veteran who has been working for Metro North for just nine months, slammed on the brakes as soon as he saw the car. The train, traveling close to its 60 miles-per-hour limit, takes a half mile to come to a complete stop.

2. Her Friend Said She Was a ‘Very Careful Driver’

Speaking to LoHud.com, the owner of the store, Virginia Shasha, described Brody as a “wonderful, wonderful person. She looked for the best in everyone.” She added that her friend was a “very careful driver.”

Brody pictured with one of her daughter’s in March 2014. (Facebook)

According to her Facebook page, Brody was married and had three children. She attended Hillcrest High School in New York, and studied at the University of Albany. Brody was a native of Edgemont, New York. Her husband, Alan Brody, is South African-born and according to his Facebook page, he’s an author. LoHud.com reports that the family were active in the Chabad of the Rivertowns, a Jewish organization.

4. Dental Records Are Being Used to Identify the Victims

In total, six people are dead as a result of the incident. She was the only woman killed. The others were five men all from the Westchester area. According to officials, dental records were needed to identify all of the victims. Mary Calvi with CBS New York reports that one patient remains in critical condition at Westchester Medical Center. Another is in serious condition with six more in fair condition. Others injured during the crash have already been discharged from the hospital. The injuries range from severe burns to dislocations and fractures.

5. The FTA Advises Running Towards the Train if Your Car Gets Stuck on Tracks

According to the Federal Railroad Administration, if your car gets stuck on the tracks, you are advised to leave the vehicle and head in the direction of the train running along the side of the tracks. This will help you avoid any flying debris. The administration adds that over the past 12 months, 230 people have been killed in the U.S. as after being hit by trains.

According to the MTA, the train service between Pleasantville and North White Plains is still suspended indefinitely. Some buses are being used to bring passengers home along the Upper Harlem Line but even that service is limited. The MTA is advising passengers to work from home wherever possible. There is absolutely no service at the Hawthorne or Valhalla Stations. 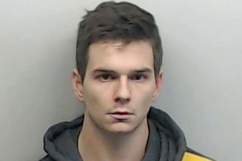 Loading more stories
wpDiscuz
9
0
Would love your thoughts, please comment.x
()
x
| Reply
Ellen Brody is the woman who caused the Metro North train crash on February 3 after parking her Jeep Cherokee on a crossing at Valhalla.