The video was quickly taken down by YouTube for its graphic sexual content but it can be viewed here.

A transcript of the video reads:

Hi. I’m Randy Quaid, and this is my wife Evi. I helped media giants News Corp and Warner Brothers Entertainment earn well over a billion dollars for the films Independence Day and Christmas Vacation.

What did I get in return?

A Warner Brothers exec, Bruce Berman, stole my house. And News Corp’s The New York Post continues to smear me to high heaven with a pack of lies. For good measure, Warner Brothers even had my wife and I falsely arrested six times by TMZ.

Evi and I have been put through a living hell. A living hell of biblical proportion. So how do we retaliate? What do we do?

Well, I still have a few tricks, too.

This is the shirt I wore in [Independence Day] when I saved the world. Another act that Rupert Murdoch still hasn’t thanked me for. So Rupert, you want to fuck me? I’m gonna fuck you. Evie, put this on.

Maybe you’ll thank me for this.

Mr. Quaid then spits on his hand and simulates sex with his wife while she wears the Rupert Murdoch mask.

Mr. Quaid is a known conspiracist and has a bizarre history with police that crescendoed with him and his wife Evi fleeing the United States to Canada. According to the Huffington Post:

For the past four years, the Quaids have been living in Canada after a bizarre series of events that include accusations of defrauding an innkeeper and vandalizing a home they had rented in California. After a number of court dates, many of which the couple missed, the two fled across the border.

While the United States has not tried to extradite the Quaids, they face arrest if they re-enter the country.

Quaid has also claimed that he was being stalked by “Hollywood star-whackers” who were responsible for the deaths of David Carradine and Heath Ledger.

Randy Quaid is the older brother of actor Dennis Quaid. 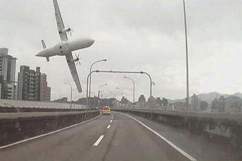