Former Virginia Democrat Joe Morrissey has confirmed that he’s the father of his former secretary’s baby. The woman is Myrna Pride. Earlier in May 2015, Morrissey supplied the above photo to a Virginia-based reporter without comment. The picture appears to show the Virginia senate candidate proudly standing over Pride while wearing 1800s garb. Morrissey is 57. Pride is 19.

1. She Was Working as an Intern When the Affair Began

Speaking on the Jack Gravely Show on May 20, Morrissey ended months of speculation by confirming that he was the father of Pride’s baby. She had been working as an intern at Morrissey’s law office when the affair began.

2. Morrissey Served 3 Months in Prison for His Relationship With Pride

Back in August 2013, Morrissey was found to have been at the home of a 17-year-old girl. CBS Richmond reports that the girl was Myrna Pride. At the time she was was working at Morrissey’s office. He was later found guilty of contributing to her sexual delinquency and served three months of a 12 month sentence. After being convicted, Morrissey resigned as a delegate at the Virginia House, he later won reelection. Since his release, Morrissey has vowed to clear his name of wrongdoing. During the trial, Morrissey entered an Alford plea, meaning he maintains his innocence but agreed the evidence him was damning. At the time, Morrissey said he was at the house to help Pride and her mother with an ongoing family dispute relating to Pride’s father.

3. Remember, Morrissey Once Brought an AK-47 to the Virginia House Floor

Morrissey is running as an independent for the Virginia Senate after the local Democratic party rejected a number of his signatures. After announcing his run, he resigned his position in the Virginia House. Famously in January 2013, while serving there as a Democrat, Morrissey stepped into the spotlight when he brandished an unloaded AK-47 during a debate on gun control after a Republican-controlled subcommittee had killed his bill that would have tightened gun controls on assault rifles.

Pride’s mother, Deidre Warren, is facing forgery charges in relation to Morrissey’s conviction, reports NBC 12. She’s accused of forging documents, along with Morrissey, that said that Myrna Pride’s father, Coleman Pride, was required to pay money into a bank account for his children’s college education.

Also relating to the case, are allegations that Morrissey committed perjury, charges he still has to answer for, reports the Roanoke Times.

5. Prosecutors Said That Morrissey Shared a Pornographic Photo of Pride With a Friend

WTVR reports that Pride gave birth to the couple’s baby boy in March 2015. Morrissey was present at the birth. He told the Richmond Times Dispatch “I can confirm that Myrna had a beautiful, healthy 7 lb. 8 oz. baby boy. I was with Myrna and she is absolutely thrilled…I am too.” Prosecutors said during Morrissey’s trial that he had sex with her multiple times when she was 17. Also, that he had a pornographic photo of her which he had shared with a friend, reports WLJA. In addition to all of this, Morrissey has three other children with three different women. 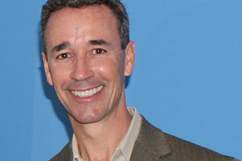