A former hedge fund investor has become America’s most hated man after he raised the price of an AIDS drug by over 5,000 percent. The financial whizz is Martin Shkreli, 32. The Albanian-American has raised the ire of people across the country after news emerged that Shkreli had purchased the rights to the drug Daraprim through his company Turing Pharmaceuticals. It’s a drug that’s been used for over 60 years to help those with weakened immune systems. Overnight, the price of the drug shot up from $13.50 per tablet to $750.

It’s used mainly to treat toxoplasmosis, a parasitic infection that’s common in AIDS and HIV patients, as well as cancer sufferers. Earlier in September 2015, the Infectious Diseases Society of America and the HIV Medicine Association sent letters to Shkreli saying the proposed price increase on Daraprim was “unjustifiable for the medically vulnerable patient population” and “unsustainable for the health care system.”

Shkreli was arrested on securities fraud charges on December 17, 2015, related to his time as a hedge fund manager and CEO of a different drug company. Read more about his arrest here.

1. He Dealt With the Initial Fallout by Posting Lyrics & a Video Link to Eminem’s ‘The Way I Am’

On his Twitter page, Shkreli has been dealing with the fallout of his price increase by posting the lyrics and a video-link to Eminem’s “The Way I Am.” A song in which the Detroit rapper lashed out at those who he felt were putting to much pressure on him. He also then retweeted a message from his Turig Pharmaceuticals co-founder Edwin Urrutia who wrote “an inordinate amount of pharmaceutical experts on Twitter today.” Then Shkreli retweeted praise he’s gotten for some of his media interviews on September 21. You can watch his appearance on CNBC below:

Previously, he told the New York Times that Daraprim is “one of the smallest pharmaceutical products in the world.” Adding “It really doesn’t make any sense to get any criticism for this.” His general point was that the drug’s pricing would have little effect but it doesn’t get used that much anymore.

On his now-deleted OKCupid page, don’t worry you can see a cached version here, he describes himself as “native new yorker seeks girlfriend. intelligent, handsome and all sorts of other good qualities. i am endlessly entertaining, providing comedic relief and artistic thought in one convenient package. what a catch!”

When asked what he’s doing with his life, Shkreli wrote ” i started a drug company to find treatments for rare and severe diseases. i have spare time, however, and i’m excited to build a relationship and share my life with someone.” He’s “really good at logic, difficult situations and tough choices.” Shkreli says he spends “a lot of time thinking about human suffering.”

One thing he doesn’t mention on his dating profile, is his love for League of Legends, a competitive strategy computer games featuring teams, leagues and cash prizes. After not being accepted by ateam, even though he offered them $1.2 million, Shkreli started his own group of gamers in August 2015. 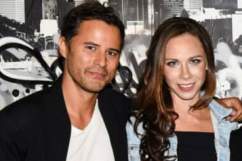 3. He’s a Disciple of CNBC’s Jim Cramer, During His Time as an Intern He Was Investigated by the SEC

According to a Bloomberg profile, Shkreli began his life in finance as a 17-year-old intern for Mad Money host Jim Cramer. During his time there, Shkreli opined that biotech stock would drop, Cramer acted on the advice and made money. This led to a brief SEC investigation that came to nothing. By his 20s, he started his own hedge fund, Bloomberg writes “Shkreli developed a reputation for using a stock-gossip website to savage biotech companies whose shares he was shorting.” 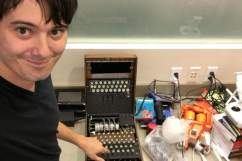 4. He Was Sued for $65 Million in 2014 for Misuse of Company Funds by a Biopharmaceutical Company

An early edit to his Wikipedia page.

His hedge fund MSMB Capital Management was in the news when a drug was developed within the company to treat muscular dystrophy. The drug was named Retrophin in 2011. Three years later, Shkreli was fired by the company after he was accused of misuse of company money, something that resulted in Shkreli being sued for $65 million, reported Forbes. He thought the accusations were “preposterous.”

Shrekli was arrested on charges related to the alleged fraud. Read about his arrest at the link below:

5. He Was Named as One of the Worst CEO’s in Biotech by TheStreet

In his annual list, TheStreet’s Adam Feuerstein named Shkreli as one of the worst biotech CEOs out there. Feuerstein argued that Shkreli is too concerned with Twitter and is public persona rather than research.

Loading more stories
wpDiscuz
50
0
Would love your thoughts, please comment.x
()
x
| Reply
A former hedge fund investor has become America's most hated man after he raised the price of an AIDS drug by over 5,000 percent.