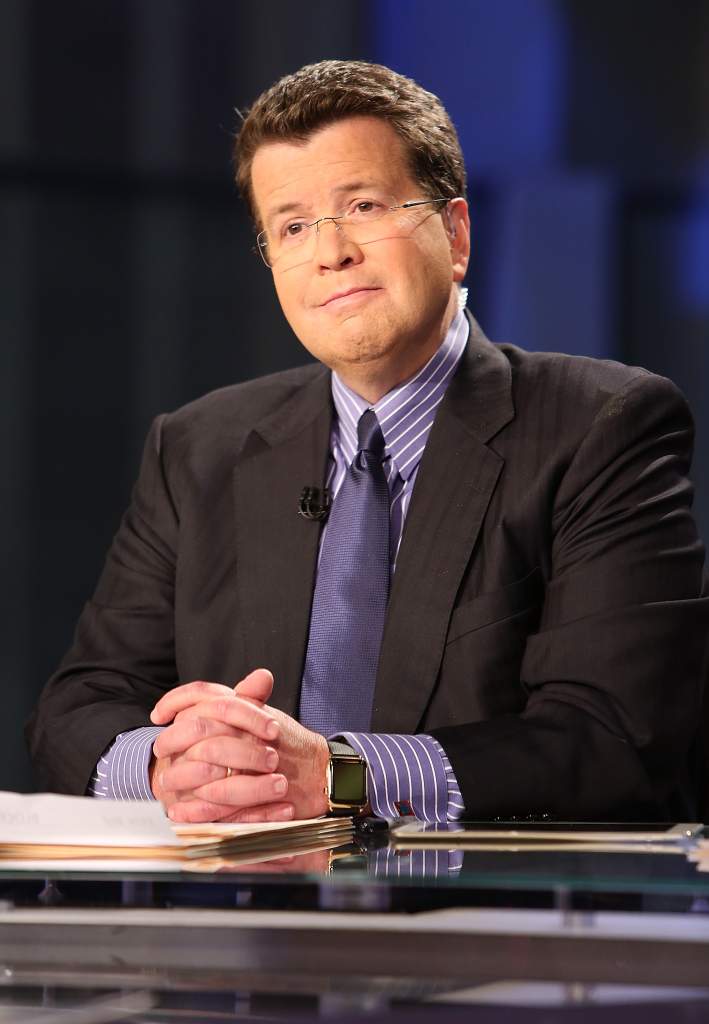 Neil Cavuto speaks with Paul Volcker on Fox Business Network’s “CAVUTO: Coast To Coast.” He’s been with Fox News Channel since their launch in 1996. (Getty)

Neil Cavuto has pretty much done it all at Fox. From senior vice president to anchor to managing editor, Cavuto will now also moderate tonight’s GOP debate alongside Maria Bartiromo and Gerard Baker. Cavuto says he wants to get the answers to his questions but keep it fair during tonight’s fourth debate.

Here’s what you need to know about Cavuto:

1. He Is the Senior Vice President, an Anchor & Managing Editor for Fox News 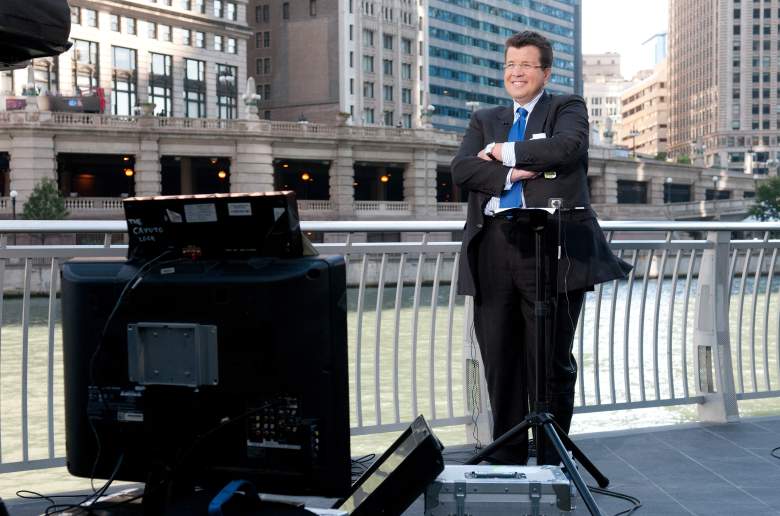 Neil Cavuto watches clips of past shows during FOX’s “Your World with Cavuto.” Cavuto has suffered from cancer and later on MS. (Getty)

Cavuto is one of the leaders at Fox. Serving as the senior vice president, anchor and managing editor for both FOX News Channel and FOX Business Network is a pretty big job.

He spoke about his career and how he always wants to satisfy the viewer with NJ.com,

Perhaps the greatest compliment I receive is from viewers who say I’ve helped them understand an issue, or appreciate an event’s importance. Trust me, I have more than my share of critics, but if I’m getting them talking, and keeping the debate interesting, nothing makes me happier, or prouder. 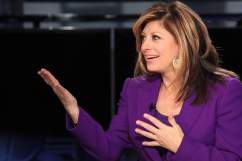 2. He Was a White House Intern During the Carter Administration 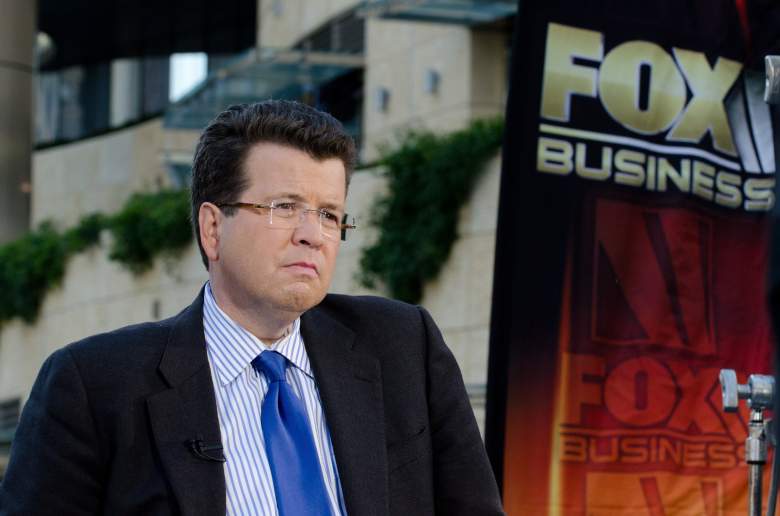 Neil Cavuto during “Cavuto” on Fox Business Network. Cavuto has always been captivated by politics. (Getty)

Even though being an intern during the Carter administration was probably interesting enough in itself, Cavuto talks about his awe of the whole experience with Business News Daily,

I always was a political nerd, so perhaps I obsessed too much over the experience. But I wasn’t alone. Brian Williams was another Carter intern, and I remember him somewhere sharing the same awe.

Cavuto is a self-proclaimed “political nerd” and says he just loved the excitement of working in the White House. He would often try to see the president when he departed and returned from the White House. He told Business News Daily about his experience,

The office, the presidency, the White House, the (then) Old Executive Office Building, these were memorable, indelible, life-changing experiences that made me want to return to Washington, which I did, and later cover Washington, which in a way, I continue nonstop…today. 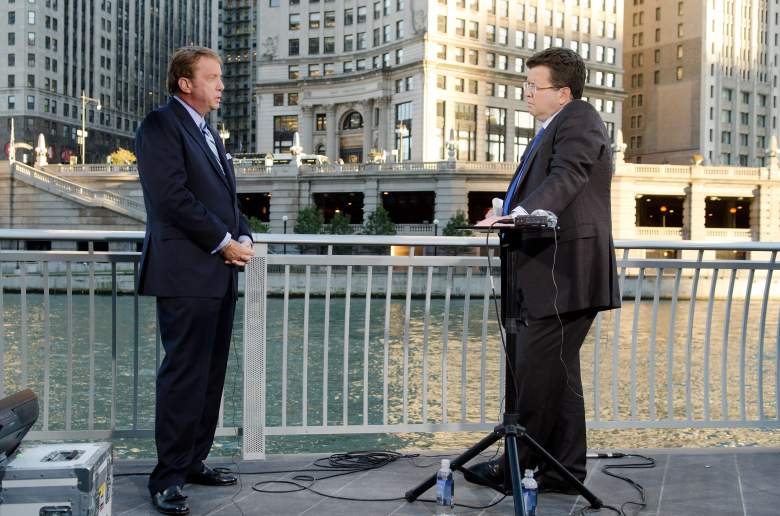 “More Than Money: True Stories of People Who Learned Life’s Ultimate Lesson,” Cavuto’s first book weaves Cavuto’s personal battles with the inspiring stories of others. The description on Amazon reads, ” Neil Cavuto shares the inspirational stories of an array of personal heroes, many of whom motivated him to continue his career as he battled cancer and multiple sclerosis.”

His second book, which was published in 2008, “Your Money or Your Life,” is described as, “calling people to think beyond the stories at hand and challenging them to reevaluate the world that they live in.”

Cavuto’s passion for journalism, his job and life as a whole can be seen in his work and books. He told News Times,

“I have a passion for life. We live in challenging times and it’s exciting to follow them. I get to have a front-row seat where I can talk to the big players and get their insight into what’s happening. I’m doing something that would be analogous to a kid running a candy shop. It doesn’t get any better than this.”

4. He Has Multiple Sclerosis and Sometimes Can’t See Who He is Interviewing

“It’s a disease that manifests itself in a variety of ways,” says Cavuto on Good Morning America in March, which is Multiple Sclerosis Awareness Month.

Cavuto explains sometimes a limb will give out or vision is one of his eyes will disappear. Cavuto deals with this by trying to compensate with other parts of his body and not panicking. “You read your body after a while and realize, we can do this,” he says.

He was originally diagnosed in 1977 and although the disease is progressing for him, he has learned ways to work around it. He explains sometimes he knows he won’t be able to read the prompter while anchoring or he can’t see who he is interviewing so he tries to memorize what he is going to say.

“A disease like this doesn’t recognize either your politics, your wealth or your status, it hits everyone,” says Cavuto.

Cavuto isn’t just spreading awareness about MS to the public, he also tries to teach his kids what he has learned from this disease.

“It’s something I stress with my kids — there are things we can’t control, but that doesn’t mean our ailments should control us,” he told NJ.com.

5. Cavuto Sometimes Finds It Hard to Balance Work & His Family 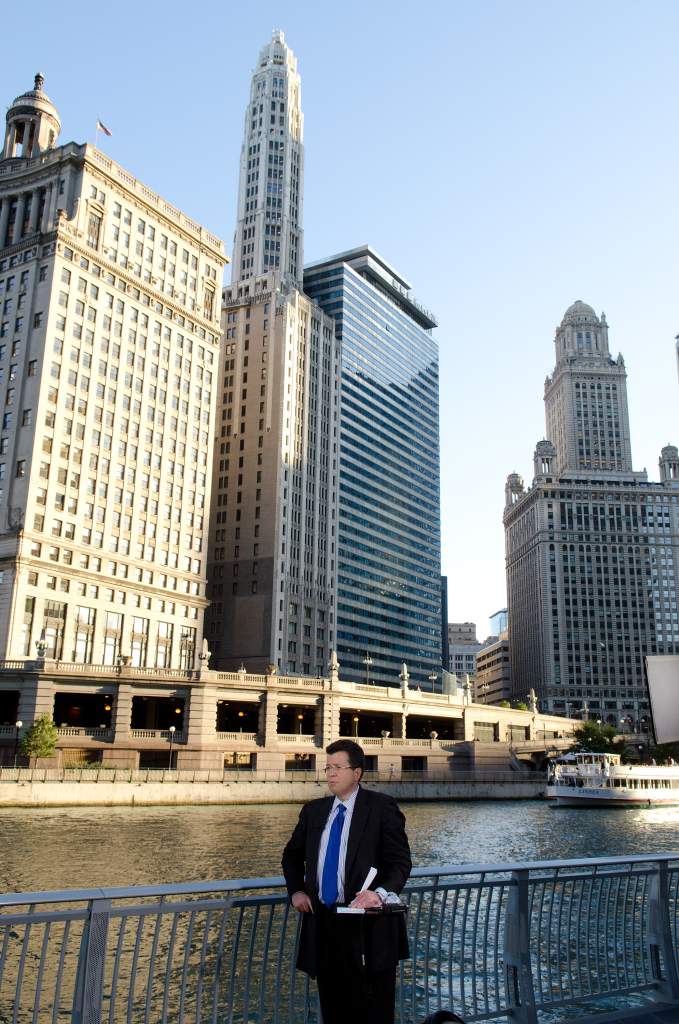 Cavuto has been married to wife Mary Fulling since 1983. Cavuto talks in an interview about how hard it can be to juggle his work life and family time with their three children, Tara, Bradley and Jeremy:

I haven’t met a mother or father who hasn’t wrestled with this issue of balancing home and work. Even the most hard-charging executive – male or female – doesn’t wince at missing a child’s game or recital. I’ve missed more than a few such events over the years with my daughter and sons…I’ve also discovered technology can be a wonderful thing. Between Skype and Apple Face Time, I always can connect with the family while on the road or on assignment.

Cavuto says he tries his best to be a good example for his children and his father is a big part of that. One thing he admired about his father is that “his actions spoke volumes.” Some advice he gives to his children is just enjoy what you do and have fun, according to NJ.com:

Good things come to those who have good fun. I always tell them that life is short, but that doesn’t mean they have to be. Get into what you’re doing. Show you care. Let ’em see you laugh. A good attitude is contagious. 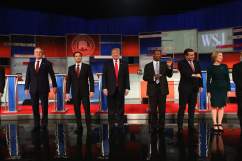